Since the rise of racial slavery, the Church has opposed the enslavement of our fellow man.

Thanks to the building of ships large enough to brave the ocean, the 15th century saw the discovery and exploration of lands new to the West. This opened up new evangelizing opportunities for the Church—but it also opened new avenues for crimes against humanity.

The discovery of new peoples who could be carried off at no cost and sold for profit sparked racial slavery. The practice spread quickly, even among some Catholics.

In the 1430s, natives of the newly-colonized Canary Islands received the Faith and were baptized. Not long afterward, many of them were despoiled of their properties and sold into slavery by aggressors such as Portuguese soldiers, for example, who came from a Catholic country.

The pope, Eugene IV, was greatly disturbed when he heard of this.

He immediately issued a bull against enslavement, condemning the traders for enslaving fellow Catholics. He prescribed the highest punishment of excommunication upon those who kept the natives enslaved after hearing the bull.

A statue of Pope Eugene at Florence’s cathedral

Subsequent popes upheld Eugene’s decrees, clarifying punishments for enslaving fellow men—Catholic or not—and defending the dignity of human nature in other races. The teachings on slavery were developed over the next five centuries and propagated by bulls, encyclicals, and letters from the popes.

And yet, many people don’t know what the Church has taught on behalf of enslaved persons.

In fact, there are a lot of misunderstandings and unknown facts about the Church among Catholics and non-Catholics alike. Did you know that a priest invented the “Big Bang” theory to explain how God might have brought about creation? Did you know that medieval monasteries were incredibly technologically advanced? If you didn’t, you’ll learn the details behind these and many more facts in 101 Surprising Facts About Church History. Engaging, surprising, and beautifully illustrated, these pages tell of the Church’s rich history of achievements and patronages. A pleasing and fun coffee table resident. Available today at The Catholic Company! 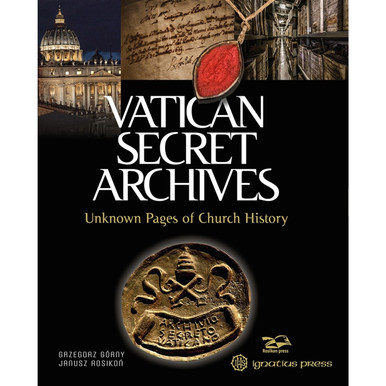