Was this photo a Eucharistic Miracle? There is good reason to believe so, because that strangely large, bright light was shining from inside the private chapel of a priest's residence where the Blessed Sacrament was reposed.

This photo and the story behind it was originally written by Fr. Robert Lange, a priest of the Diocese of Arlington, Virginia, in 2007 and posted on his personal blog. Fr. Lange went to be with the Lord in May of 2015. His website is now offline so we are unable to link to the original source of the article, although it has been republished on multiple Catholic websites in the years since he wrote it. 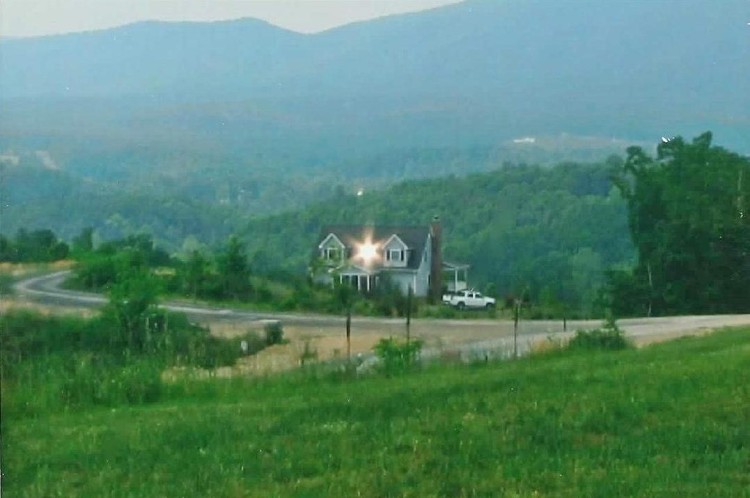 Respect for Christ in the Eucharist – One Priest’s Perspective

The picture above is of my home in Fort Valley, Virginia, and the light is coming from my chapel where the Blessed Sacrament is reserved. There is not light in the window and there is no sun out on the day of the picture. (More about the picture is at end of the article.)

After Apostolic times, the Church gradually adopted Communion on the tongue as the universal practice. In the early fourth century the Arians, who denied the divinity of Christ, revived the practice of receiving Communion in the hand specifically to show a lesser respect for Christ, believing that He is not “equal to the Father.”

The universal Church law, which requires Holy Eucharist to be distributed to the faithful on their tongues, remains in force; it remains the law. However the indult has the effect of making the law inapplicable where in force.

Foreseeing the demand for the indult coming, the Sacred Office for Divine Worship sent a letter to the presidents of the bishops’ conferences to advise them how they may implement this option if granted. The letter spoke about reverence for the Holy Eucharist being the number one priority.

With this in mind, the letter went into great detail trying to explain this crucial concern. The letter contained the following specifics: Communion on the hand is an option; it is not the primary way of receiving. Catholics must be catechized to understand this important point. No one is to be forced to receive on the hand. When receiving the Body of Christ on the hand, the faithful must be aware of the fact that each and every particle, no matter how small, is truly the Body, Blood, Soul and Divinity of Jesus Christ, the Second Person of the Blessed Trinity. Therefore no particle should ever be discarded or treated with less than total respect due to the Body of Christ.

The faithful must also be reminded that their hands must be clean to receive our Lord, Jesus Christ.

When ordained in 1986, I was a proponent of receiving Communion in the hand, but time has changed my thinking on this issue. Seeing so many abuses and forming a deeper respect for Jesus’ true Presence in the Holy Eucharist were the factors which forced me to rethink my position.

On March 28, 1965, when the Catholic college I was attending opened their newly renovated chapel, we students were told how to receive the Holy Eucharist: standing and in the hand. There was no option given. May I add that this was fully 12 years before any American diocese received the indult, which allowed for that option.

Why did those priests, abbots and bishops disobey the authority of Rome? Communion in the hand became the norm for American Catholics in the 1960s. In many cases the practice was not presented to us as optional, but as the way to receive.

In my 24 years as a priest, I have served in many parishes and witnessed many Eucharistic abuses caused by receiving in the hand. I have picked Jesus off the floor from under pews and picked Him out of hymnals. I have followed people back to their seats and asked if they would give me the Host back (they bring it out of a clinched hand or out of their pockets) and have witnessed many other sacrilegious desecrations of the most Blessed Sacrament, far too many and varied to mention, some so shocking most people would simply not believe my words.

As I began to see these desecrations of the Holy Eucharist, I began to understand how very sickening, disheartening and avoidable all of this actually has been. Many religious education programs teach the children how to receive on the hand, with at most a cursory mention of the traditional way of receiving on the tongue. Why? The Church documents do not support such teaching. It was the same with many American dioceses in the 1960s when the faithful were being coerced into receiving on the hand a decade before being granted the indult.

Father Benedict Groeschel, a familiar face to EWTN viewers and an accomplished author, announced on his “Sunday Night Live With Fr. Groeschel” program that he considered Communion in the hand to be an abomination. That is strong language!

Blessed Teresa of Calcutta was asked what was the worst thing that has happened to the Church in her lifetime. She replied without hesitation, “Communion in the hand.” Again powerful language!

Why would these two great figures of our time be so fervent in their opinions regarding this issue if it did not affect their whole being? Somehow I think they would agree that Communion in the hand is a true American tragedy.

Our Holy Father, Benedict XVI, leads by example. Since becoming Pope, anyone receiving the Holy Eucharist from him must receive on the tongue and kneeling. He is not requiring a change throughout the world, but is giving us a profound message by example.

Proper respect shown to the Holy Eucharist is primary. Please consider these thoughts before receiving Holy Communion this Sunday. Thank you.

Further note on picture: In May of this year Bishop Loverde gave me permission to reserve the Blessed Sacrament in my chapel – The chapel is on the second floor of my home. The Eucharist had been reserved in the chapel less than a week when this picture was taken from the front porch of a neighbor’s home.

The person taking the picture was enamored by the beauty of the valley and decided to take a picture for her collection. When she aimed the camera towards the valley and tried to focus for the picture, she says the light coming from my house was so bright she said it was difficult trying to look into camera to view the picture to be taken (It was a cloudy day and I did not have a light on in the room/chapel where the light is coming from.) She took the picture and the image – the Star of David – is what came out on her digital camera. She did not know what to make of it. Not being Catholic, she had no understanding of the Sacrament of the Eucharist (Holy Communion).

My opinion is that our Lord wanted to give us a beautiful reminder of His true presence in the Holy Eucharist – Body, Blood, Soul and Divinity! It is a reminder that He is with us always, that we are never alone, that He is the Son of God and the Son of Man. It is a vivid reminder that He truly suffered and died on the cross and that He is present in this world – until His Second Coming – in this most special manner – the Eucharist.

Just as the Star appeared over the stable in Bethlehem when the Christ Child was born, so the Star of David has appeared through the window of my Chapel on St. David’s Church Road, Fort Valley, Virginia, to remind us of His care, love, protection, and presence in our lives today and always.

Read next Eucharistic Miracle in Poland Tested & Confirmed by Bishop 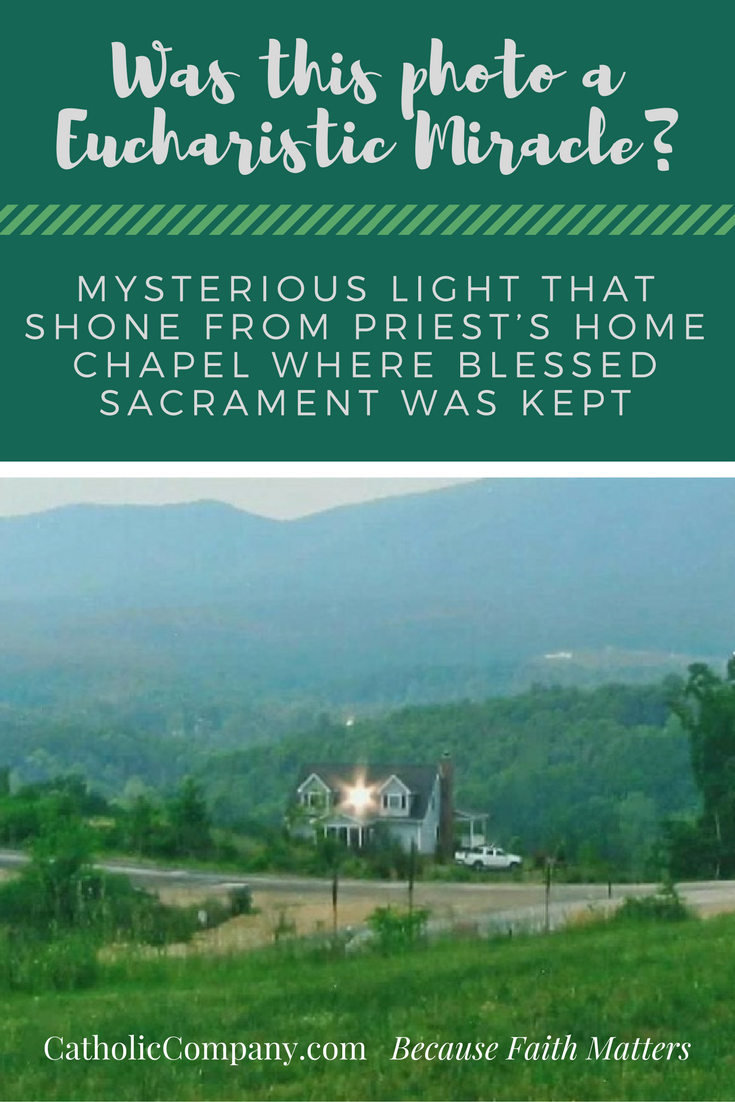