*Must type in code at checkout to receive 17% off orders over $50. Free standard shipping (Contiguous U.S. only) will be automatically applied at checkout for subtotals of $75 or more after discount has been applied. Cannot be used with other coupon codes or on orders already placed. Excludes gift cards and Good Catholic digital subscriptions. Other restrictions may apply. Expires 11:59 p.m. PST on 06/22/21. Due to COVID19 there may be delays with some mail carriers. Please see shipping page for more information.

With code: HAPPY4TH *Must type in code at checkout to receive free SKU 9990783 on order subtotal of $35 or more. Free standard shipping (Contiguous U.S. only) will be automatically applied at checkout for subtotals of $75 or more after discount has been applied. Cannot be used with other coupon codes or on orders already placed. Excludes gift cards and Good Catholic digital subscriptions. Other restrictions may apply. Expires 11:59 p.m. PST on 07/04/21. Due to COVID19 there may be delays with some mail carriers. Please see shipping page for more information. Only while supplies last.

St. André Bessette, birth name Alfred Bessette, was born in Quebec on August 9, 1845. He was baptized at birth due to concerns that he would not survive infancy, and he remained sickly—especially with stomach problems—for the majority of his life. Tragically, he was orphaned by age twelve.

A childhood pastor named Fr. André Provençal took Alfred under his wing and, when young Alfred discerned his vocation, encouraged him to join the Holy Cross Congregation.

The order was hesitant to accept Alfred because of his poor health and lack of formal education, but the Archbishop of Montreal intervened on his behalf, and Alfred entered the novitiate.

He took the name "André" after the pastor who had done so much for him. 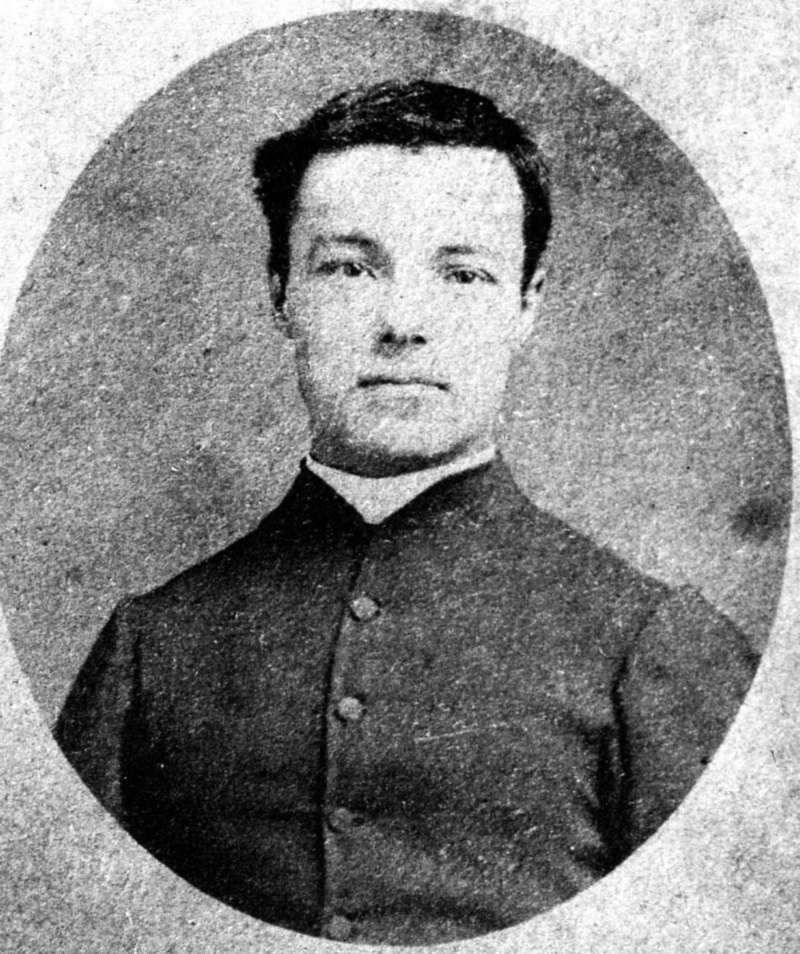 "My Superiors Showed Me the Door."

Br. André was given the position of doorkeeper, which was considered one of the lowliest positions in the community. He was not bitter or ashamed about this, and even joked: “At the end of my novitiate, my superiors showed me the door, and I stayed there for forty years.”

He lived out this incredibly ordinary and humble duty with fervor and love, greeting and helping visitors who came to the community and adjoined college.

His long-time devotion to St. Joseph became known when word of miraculous healings began to circulate. These healings would often occur when Br. André touched the person with oil from a lamp that burned in front of a beloved St. Joseph statue.

When people praised Br. André for these miracles, he is said to have answered: “I am nothing…only a tool in the hands of Providence, a lowly instrument at the service of St. Joseph.”

As the number of pilgrims to see this humble miracle worker increased, Br. André asked the Archbishop permission to build a small shrine to St. Joseph, to which the Archbishop said yes...if André raised the money himself.

True to his agreement, Br. André raised over $200 (equivalent to over five thousand dollars today) not by preaching or giving fundraising talks or charging an entrance fee to see him, but by giving local college boys haircuts for five cents. 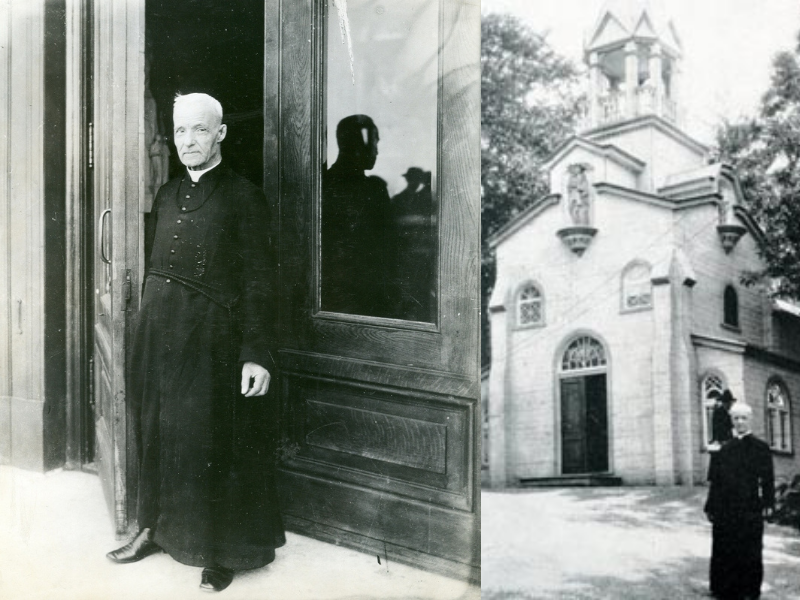 The number of pilgrims increased when the small oratory to St. Joseph was built. Plans were made to build a large basilica dedicated to St. Joseph, and André was released from his doorkeeper duties in order to be the caretaker of the oratory and all those who came to visit.

After many decades of simple service, charity, and prayer, Br. André died at the age of ninety-one on January 6th, 1937. By that time thousands of miraculous healings were attributed to his intercession through St. Joseph and almost a million people attended his wake.

As for the basilica, André was able to witness the St. Joseph statue placed inside the unfinished basilica before he died. 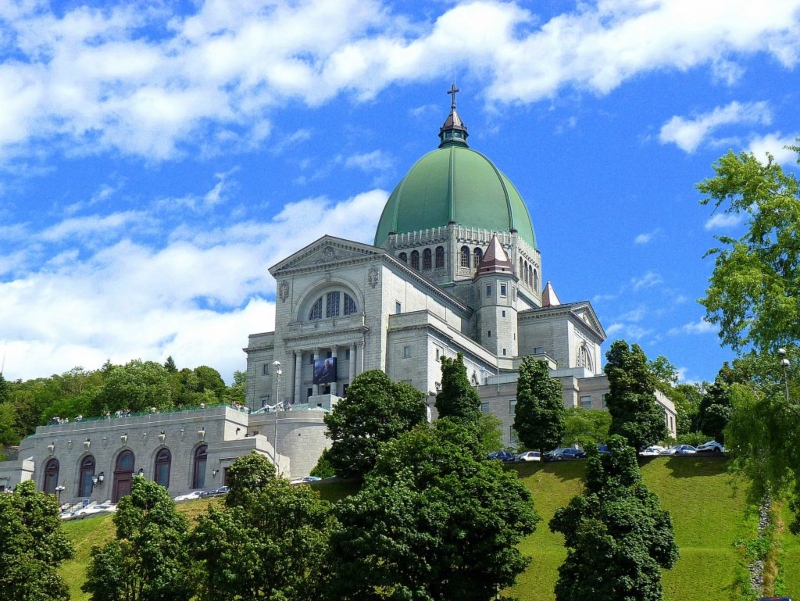 The basilica was finally completed and dedicated in 1955. St. André was canonized on October 17, 2010, with his feast day celebrated on January 6th.

St. André and the Feast of the Epiphany

It is a beautiful coincidence that St. André shares a feast with the day traditionally reserved for the celebration of Epiphany, marking the arrival of the three Wise Men to the Holy Family.

But we do all have “myrrh,” each in our own way. We have our daily sacrifices, our daily deaths to self through humility and surrender, and our daily sufferings of body, mind, and soul.

“People who suffer have something to offer to God. When they succeed in enduring their suffering, that is a daily miracle.”
—St. André Bessette


This is certainly what St. André Bessette offered to Jesus. With no family, no money, no education, and an abundance of bodily suffering, he nevertheless dedicated his life to God and to the quiet, humble patronage of St. Joseph. The results were literally miraculous!

Let us also offer our littleness to God without discouragement or embarrassment, both on Epiphany and every day of our lives. After all, St. André tells us that,  “It is with the smallest brushes that the artist paints the best paintings.” 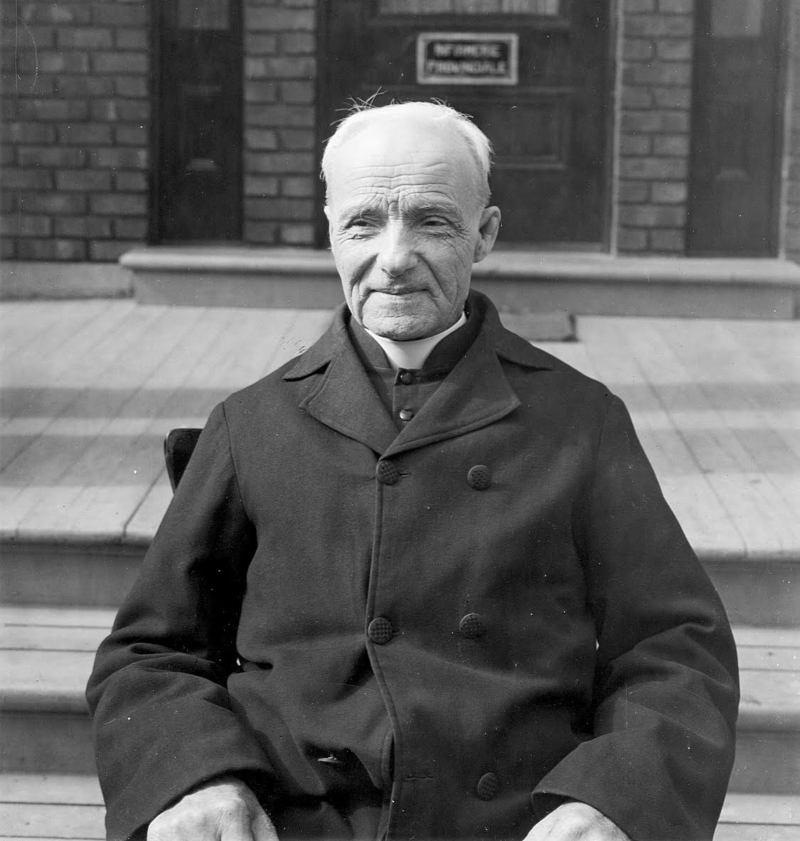 Prayer to Saint André for Healing

I come to you in prayer for healing.

You were no stranger to illness.

you knew suffering on a daily basis,

but you never lost faith in God.

Thousands of people have sought your healing touch

as I do today.

in body, soul and mind.

With St. Joseph as my loving Protector,

strengthen my faith and give me peace

no matter what the outcome.

Prayer for the Intercession of Saint André

you have chosen Brother André

to spread devotion to Saint Joseph,

and to dedicate himself

to all those who are poor and afflicted.

Grant through his intercession

the favor that we now request ...

Grant us the grace

to imitate his piety and charity,

so that, with him,

to all who care for their neighbors out of love for you.

We make this prayer in the name of Jesus the Lord.