As a young boy Maximilian had a strong devotion to the Blessed Virgin Mary. One day the Virgin Mary appeared to him.

In his own words about the vision:

"That night, I asked the Mother of God what was to become of me, a Child of Faith. Then she came to me holding two crowns, one white, the other red. She asked me if I was willing to accept either of these crowns. The white one meant that I should persevere in purity, and the red that I should become a martyr. I said that I would accept them both."

After studying philosophy and theology, Maximilian was ordained at the young age of twenty-four. He proceeded to spread devotion to the Blessed Virgin Mary using modern media technology. He formed an association called the Immaculata which published a daily newspaper, a monthly magazine called The Knight of the Immaculata which had a circulation of a million readers, and a radio station.  He also helped establish a religious house which grew to 800 friars, the largest in the world at that time. 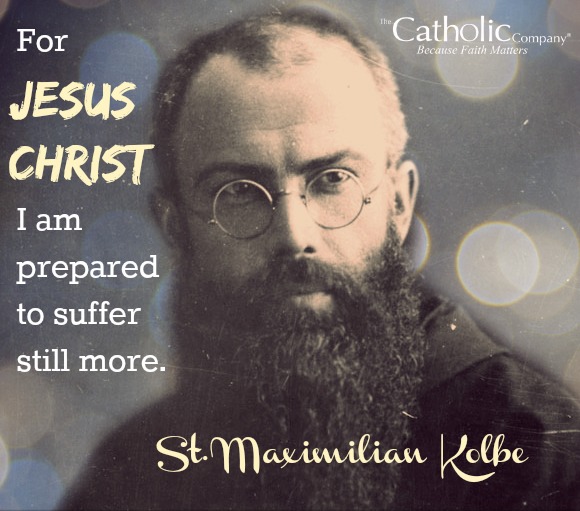 During the rise of Hitler, Saint Maximilian was arrested and placed in the Nazi death camp of Auschwitz located in German-occupied Poland during World War II. While there he regularly offered up masses and was a great consolation to the other prisoners.

One day three prisoners managed to escape the camp, and in retaliation the soldiers were going to make an example of them by killing ten men for this crime. Maximilian volunteered to die to spare the life of one of the men, a young husband and father, who was chosen to go to the starvation bunker.

The soldiers took Maximilian up on his offer and left him and the other selected prisoners in the starvation bunker, Block 13, to die a slow and agonizing death. Being the last one found still alive after suffering two weeks of thirst and starvation, Maximilian was killed by lethal injection.

Pope John Paul II canonized him in 1982. He was declared a martyr for charity and "The Patron Saint of Our Difficult Century." He died on August 14th, the eve of the feast of the Assumption of the Blessed Virgin Mary.

Saint Maximilian is the patron saint of the pro-life movement, journalists, families, and the chemically addicted. Below is an excerpt from one of St. Maximilian's letters, where he speaks about his apostolic zeal for the salvation and sanctification of souls. 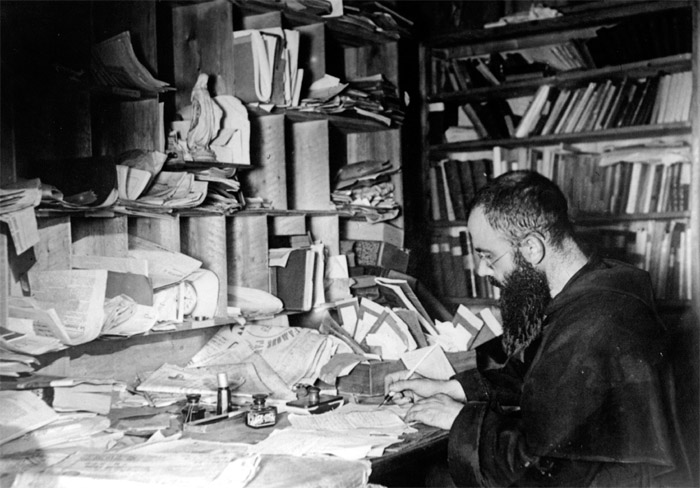 FROM THE LETTERS OF ST. MAXIMILIAN KOLBE

"The burning zeal for God’s glory that motivates you fills my heart with joy. It is sad for us to see in our own time that indifferentism in its many forms is spreading like an epidemic not only among the laity but also among religious. But God is worthy of glory beyond measure, and therefore it is of absolute and supreme importance to seek that glory with all the power of our feeble resources. Since we are mere creatures we can never return to him all that is his due. The most resplendent manifestation of God’s glory is the salvation of souls, whom Christ redeemed by shedding his blood. To work for the salvation and sanctification of as many souls as possible, therefore, is the preeminent purpose of the apostolic life. Let me, then, say a few words that may show the way toward achieving God’s glory and the sanctification of many souls.

God, who is all-knowing and all-wise, knows best what we should do to increase his glory. Through his representatives on earth he continually reveals his will to us; thus it is obedience and obedience alone that is the sure sign to us of the divine will. A superior may, it is true, make a mistake; but it is impossible for us to be mistaken in obeying a superior’s command. The only exception to this rule is the case of a superior commanding something that in even the slightest way would contravene God’s law. Such a superior would not be conveying God’s will. 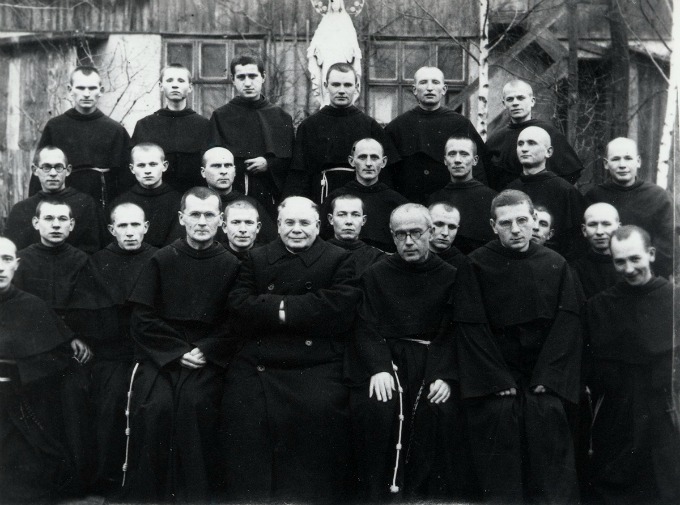 Saint Maximilian is in the front row, third from the right

God alone is infinitely wise, holy, merciful, our Lord, Creator, and Father; he is beginning and end, wisdom and power and love; he is all. Everything other than God has value to the degree that it is referred to him, the maker of all and our own redeemer, the final end of all things. It is he who, declaring his adorable will to us through his representatives on earth, draws us to himself and whose plan is to draw others to himself through us and to join us all to himself in an ever deepening love.

Look, then, at the high dignity that by God’s mercy belongs to our state in life. Obedience raises us beyond the limits of our littleness and puts us in harmony with God’s will. In boundless wisdom and care, his will guides us to act rightly. Holding fast to that will, which no creature can thwart, we are filled with unsurpassable strength.

Obedience is the one and the only way of wisdom and prudence for us to offer glory to God. If there were another, Christ would certainly have shown it to us by word and example. Scripture, however, summed up his entire life at Nazareth in the words: He was subject to them; Scripture set obedience as the theme of the rest of his life, repeatedly declaring that he came into the world to do his Father’s will. Let us love our loving Father with all our hearts. Let our obedience increase that love, above all when it requires us to surrender our own will. Jesus Christ crucified is our sublime guide toward growth in God’s love. 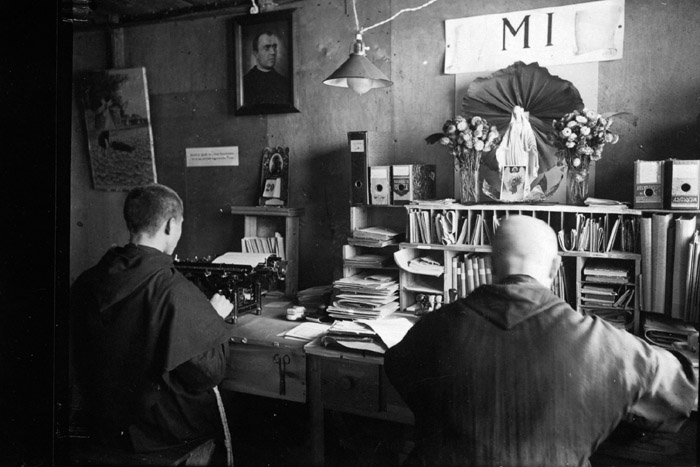 We will learn this lesson more quickly through the Immaculate Virgin, whom God has made the dispenser of his mercy. It is beyond all doubt that Mary’s will represents to us the will of God himself. By dedicating ourselves to her we become in her hands instruments of God’s mercy even as she was such an instrument in God’s hands. We should let ourselves be guided and led by Mary and rest quiet and secure in her hands. She will watch out for us, provide for us, answer our needs of body and spirit; she will dissolve all our difficulties and worries." 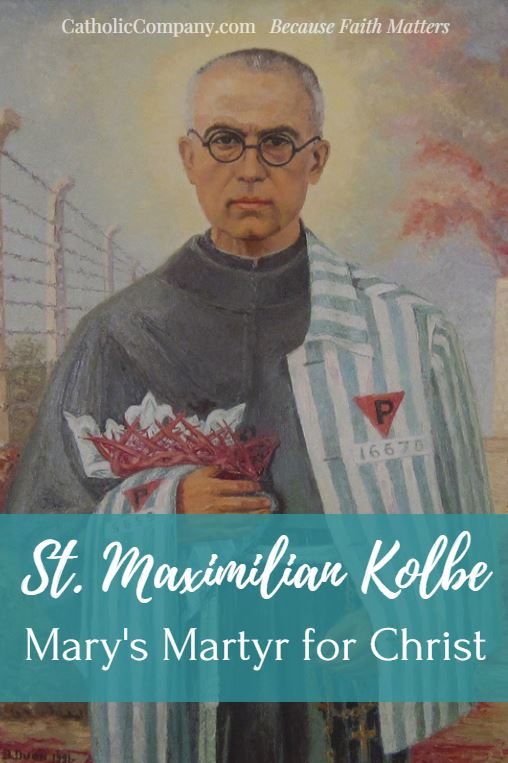 This article has been updated and was originally published in August 2013. ©The Catholic Company