Last week it was announced that Pope Francis added Care of Creation to the traditional enumeration of the Spiritual and Corporal Works of Mercy.

Also making headlines is the announcement that the National Institutes of Health (NIH), the American medical research agency under the U.S. Department of Health and Human Services, is poised to lift its ban on funding research that involves injecting human embryonic stem cells into animal embryos in order to create part-human, part-animal hybrid organisms (called chimeras). This deplorable research is already taking place in the United States; now, for the first time, it will have Federal spending behind it with U.S. taxpayer dollars.

The day after Pope Francis' announcement, the USCCB registered an objection to the NIH in response to this "grossly unethical" practice, rightly pointing out that embryonic stem cell research (which involves the killing of human embryos) "has failed to produce treatments for human ailments over the last 17 years, and morally noncontroversial avenues such as adult stem cell and induced pluripotent stem cell research have surpassed ESCs [embryonic stem cells] in scientific and clinical benefits. The government now proposes running roughshod over another basic moral principle, however, by injecting human embryonic stem cells into the embryos of various animal species to create beings who do not fully belong to either the human race or the host animal species."

According to Human Life Action, this research has major moral and ethical concerns due to the following:

1) It relies on the killing of humans at the embryonic stage to harvest their stem cells;

2) It involves the production of animals that could have partly or substantially human brains;

3) It involves the production of animals that could have human sperm or eggs (with a stipulation that precautions are taken so such animals are not allowed to breed);

4) It allows the introduction of human embryonic stem cells into animal embryos early in their development such that it may be very difficult to know the extent to which human cells contribute to the final organism.

As medical technology rapidly advances into what was once considered the realm of fantasy, there is no better time than now for the Holy Father to preach the dignity of the human person and mankind's responsibility for the care and protection of creation, both issues which Pope Francis has strongly emphasized during his pontificate.

Read Laudato Si’: On Care of Our Common Home by Pope Francis. 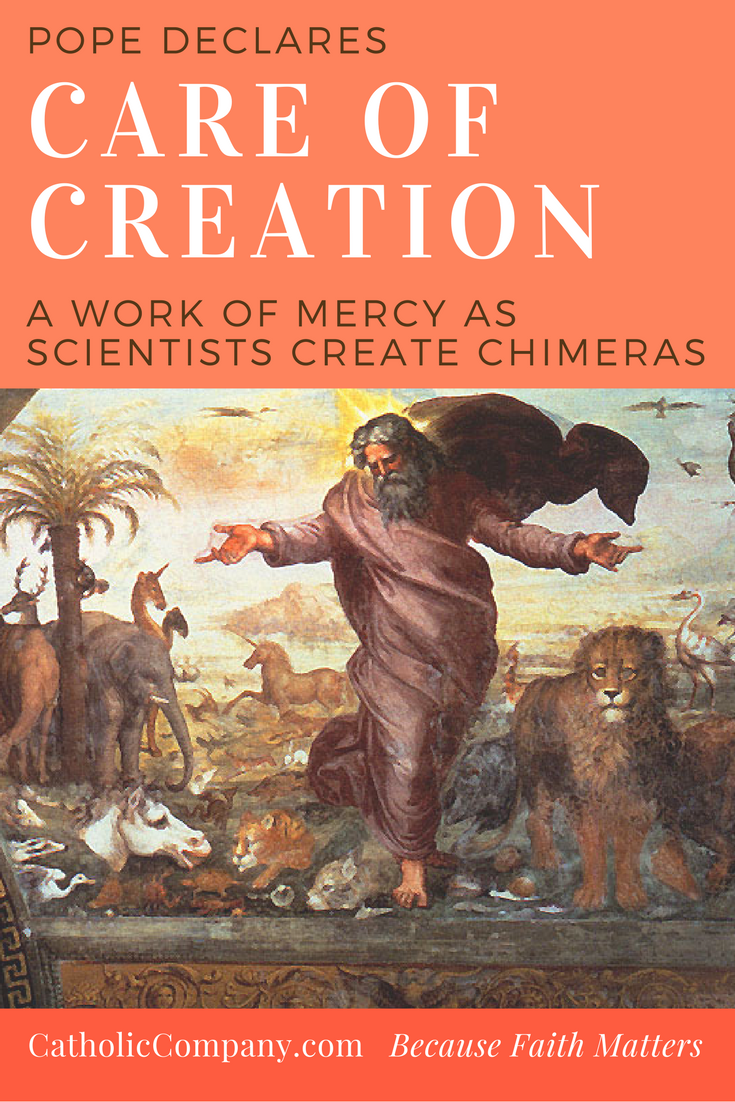