Few persons gave more for the most abandoned than “the Leper Priest of Molokai.”

Damien de Veuster, a religious of the Congregation of the Sacred Hearts of Jesus and Mary, wasn’t supposed to go to Hawaii in the fall of 1863.

His brother, a member of the same order, was originally slated for that role, but fell sick, and Br. Damien eagerly volunteered to take his place. For him, it was the opportunity to pursue his great dream of evangelizing in far away lands, just like St. Francis Xavier.

The young religious left his native Belgium for the kingdom of Hawaii and was ordained there, serving nine years before his bishop called for volunteers for a unique, and to most, an absolutely unappealing task: serving the leper colony on the island of Molokai.

Because the debilitating disease was, at the time, considered highly contagious and had no cure, a government decree had condemned these poor souls to permanent quarantine. They lived in a land of lawlessness and despair, surrounded by both physical and spiritual death on all sides, watching themselves waste away with no hope, no future—and no one who cared for them.

No one, that is, until thirty-three-year-old Fr. Damien stepped ashore.

Fr. Damien, five years after his arrival in Molokai

Although he feared the disease as anyone would, Fr. Damien refused to treat his new mission family like repulsive strangers. Instead, he cared for them with his own hands, as a loving father. He tended their wounds, anointed the sick, buried the dead. He celebrated Mass for them and taught them the Faith. He built houses, schools, and orphanages, and arranged musical bands and choirs.

He gave them self-respect, dignity, and hope. He taught them to love and care for one another. He helped them to see the value and meaning of their lives, lives of suffering so discarded by others. When he spoke with them, he used the term “We, lepers,” identifying himself fully with them even though—for a while at least—he showed no signs of the disease.

Together, they built a community of faith where once there had been only death.

But this courageous priest, already so like his Divine Master, would imitate Him still more. After serving the colony for twelve years, he at last began to show the tell-tale symptoms: the boils on the skin, the numbness, the disfigurement.

For five years Fr. Damien bore the infirmities of his people before offering his life up at the age of forty-nine. Few are called to such a striking conformity with Christ. The “Leper Priest of Molokai” remains for us a stunning example of total self-sacrifice—of a human heart permeated with divine, self-donating love.

Read more about this incredible priest in The Spirit of Father Damien. Drawing from Fr. Damien’s own correspondence and the Vatican archives, author Jan de Volder presents an accurate and vivid portrait of a priest who became another Christ to those he served. Available today at The Catholic Company! 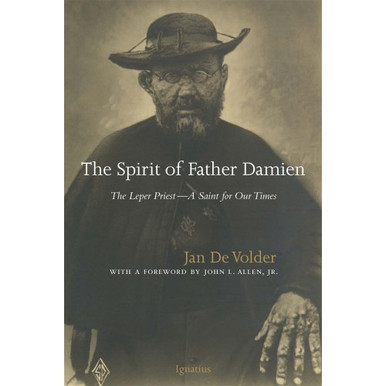 The Spirit of Father Damien: The Leper Priest 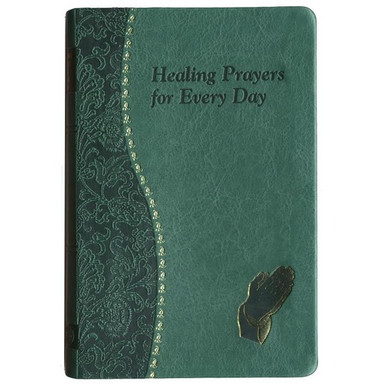 Healing Prayers For Every Day