Who was the very first martyr?

Stephen, a fearless and eloquent deacon, was the very first martyr of the Catholic Church.

Nothing is known of Stephen’s life before his introduction in Sacred Scripture, but his appearance, though brief, is powerful.

Stephen was one of the first deacons ordained in the history of the Church. He seems to have outshone the other seven, because Acts says he was “full of grace and power” and “did many great wonders and signs among the people” (Acts 6:8).

The Holy Spirit filled him with such eloquence that people who were hostile to the Faith couldn’t overcome him in a theological argument. This made some of the Jews so angry that they charged him with blasphemy and brought false witnesses to accuse him.

Stephen’s lengthy defense is recorded in the Book of Acts, in which he reminds the high priest and other Jews how they have persecuted every prophet and finally killed the long-awaited Christ. Upon finishing his defense, he received a vision of Our Lord enthroned in heaven, and cried out to those around him about what he was seeing.

Upon hearing this, some of the Jews rushed at him, dragged him outside the city, and stoned him.

As he was dying, Stephen prayed for his killers to be forgiven. Then, says Acts, he “fell asleep,” a beautiful way of describing someone who dies in the peace of Christ.

Fear was unknown to Stephen the Martyr. Nothing stopped him from speaking the Truth and praising Jesus Christ. We need Stephen’s courage more than ever as we witness to Christ in this world. Each time you pick up our Be Not Afraid Tumbler, you will remind yourself and those who see you to be fearless. Featuring shield, sword, and cross artwork along with John Paul II’s famous words, this travel-ready mug is sure to give you a boost of spiritual inspiration along with your morning joe. Personalized initials included! Get yours today at The Catholic Company! 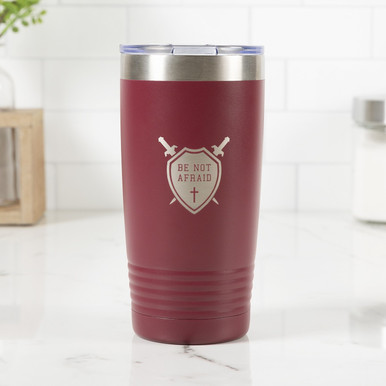 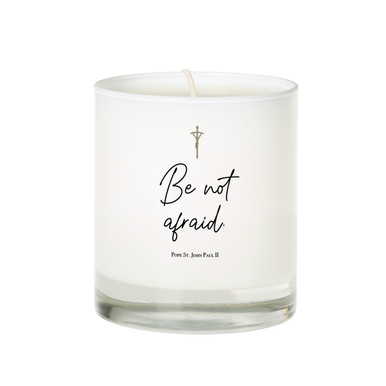 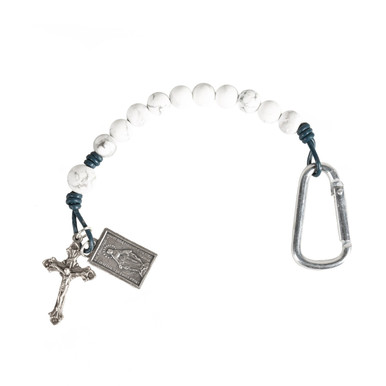