Why is the consecration of Russia such a big deal?

This consecration was directly requested by Our Lady of Fatima.

You’ve doubtless heard by now of the Holy Father’s impending consecration of Russia and Ukraine to the Immaculate Heart of Mary on March 25th.

If you are not familiar with the Fatima apparitions, the excitement surrounding this announcement may strike you as odd. But if we review the requests of Our Lady of Fatima, things become clearer.

In her third apparition to the children of Fatima (and, more formally, in a vision to Lucia later), Our Lady requested two things: the consecration of Russia, and the devotion of the Five First Saturdays of reparation. If these requests were heeded, she said, Russia would convert and there would be peace; if not, Russia would spread her errors throughout the world, another war would break out, and immense suffering would befall the Church and the world.

The requests were not heeded, and the world endured the dreadful events of the 20th century: World War II, the Soviet oppression, the spread of communism, etc.

The consecration of Russia, therefore, also plays a critical role to peace in our world today.

Now it must be noted that Pope St. John Paul II consecrated the world to the Immaculate Heart in 1984 and mentioned Russia non-specifically in that consecration. It is said that, according to Sister Lucia, Our Lady accepted this consecration. Arguments exist both for and against its full efficacy that we can’t get into here.

What is certain is that the consecration of Russia is vitally important, and that we should pray hard for the Holy Father leading up to consecration day. We should also be fulfilling Our Lady’s other, equally critical request: the devotion of the Five First Saturdays.

This devotion must be done for Russia to be converted.

If you are not yet in the habit of the Five First Saturdays, start at the next available opportunity (that’s April 2nd). Our Lady asked us to do this (in addition to the daily Rosary) as our particular role in bringing about the triumph of her Immaculate Heart and world peace.

To fulfill the requirements, all you have to do is the following for five consecutive First Saturdays, offering all in reparation for the sins and blasphemies committed against the Immaculate Heart of Mary:

That’s about an hour and a half out of our day. Once a month. We can do it, and we must.

An inspiring image of the Immaculate Heart, hung in a place of honor in your home, is a wonderful way to honor Our Lady and remind yourself to offer daily acts of love and affection to her. This bestselling Immaculate Heart Framed Wall Plaque is perfect for a living room, home shrine, or a quiet prayer space where you say your Rosary. Richly colored and beautifully framed. Available today at The Catholic Company! 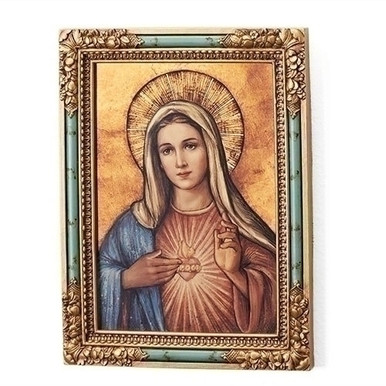 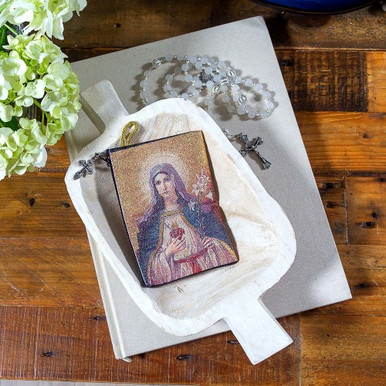