Francisco Forgione was born on May 25, 1887, to a poor farming family in the small town of Pietrelcina, Italy. From a young age little Francisco was very pious, and he expressed his desire to be a priest very early. In 1903, at the age of fifteen, Francisco entered the novitiate for the Capuchin Franciscan Friars, taking the name Pio. He was ordained Padre (Father) Pio seven years later.

One day, while praying, St. Padre Pio experienced a vision of the wounded Christ and received the Stigmata. According to this source, the Stigmata is:

...the wounds of Jesus inflicted by God upon the body of the saint-mystic-victim soul. They consist of the five wounds of Jesus which are the nail wounds in the hands and feet, along with the wound in the side, next to the heart. They can be either visible or invisible. The main purpose of the stigmata is so the saint may suffer in union with Jesus for the conversion of sinners, that is, for the redemption of humanity.

Before long, news of his stigmata had spread. Padre Pio became well-known and a great spiritual influence: not only in Italy, but around the world.

He was best known for his piety, his quality of preaching, his ability to read souls, his role as a confessor, his devoutly-said Masses (which, when he was in ecstasy, could be up to three hours long!) and his ability to bilocate.

WHAT WE CAN LEARN FROM ST. PADRE PIO

St. Padre Pio's life, on earth, touched many lives and it continues to this day. There are still many ways we can learn from this great saint's preaching.

Here are five quotes of his that we can apply to our lives and learn from every day. 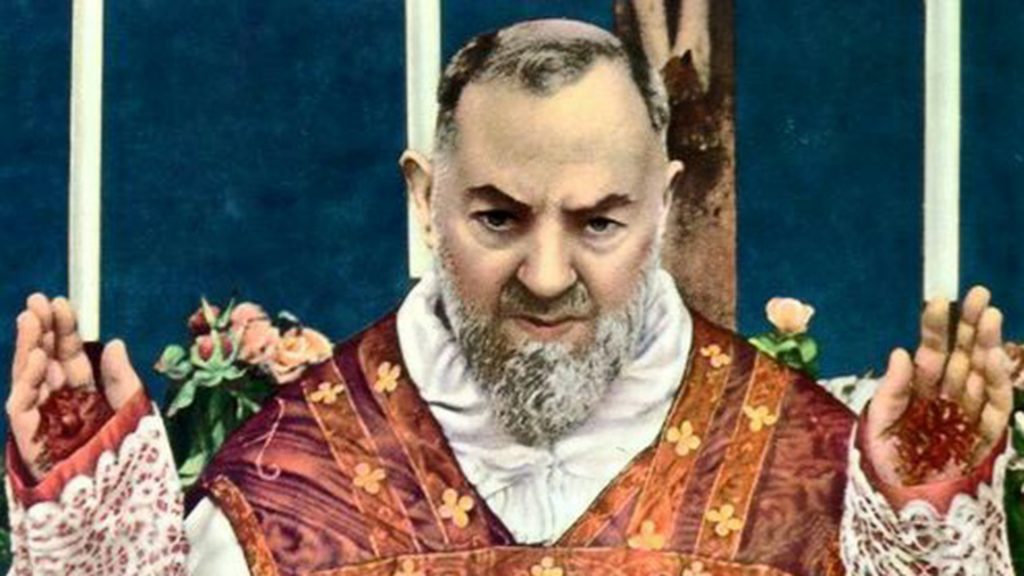 It can be easy to feel unworthy to hold a certain position or be put in charge of a task. Padre Pio reminds us that we need only be willing to accept the challenge. We do not have to be perfect by any means. The Lord only requires that we say yes.

2. "God will never permit anything to happen to us that is not for our greater good."

This is a difficult reality to swallow, especially when we do not receive an outcome we had hoped for. But it's a great reminder of Romans 8:28: "We know that all things work for good for those who love God..." God knows what He is doing, after all, and He holds each and every one of us in the palm of His hand. We simply need to trust in His ways, as hard as that may be.

3. "God will always give us more than we deserve."

What great encouragement! Once we hand God the reins, He often has a funny way of returning the favor by blessing us more than we could ever have imagined.

4. "Serve the Lord with laughter."

This is self-explanatory. Laugh. Be joyful. Smile. We never know whose day we might make by a simple laugh, smile, or kind word.

5. "Pray, hope, don't worry. Worry is useless. God is merciful and will hear your prayers."

"Pray, hope, and don't worry" is probably Padre Pio's most famous saying; however, we do not often hear the second part, which is: "Worry is useless. God is merciful and will hear your prayer."

Worry really is pointless! It is kind of like a rocking chair–it gives us something to do, but does not help us move forward. Of course there will almost always be something to worry about, but dwelling on that worry will not help remedy the situation. The Lord hears each and every one of our prayers and His mercy never fails.

Glorious, humble and beloved Padre Pio. Teach us, we pray, humility of heart, so that we may be counted among the little ones of the Gospel to whom the Father promised to reveal the mysteries of His Kingdom. Help us to pray without ceasing, certain that God knows what we need even before we ask Him. Amen. 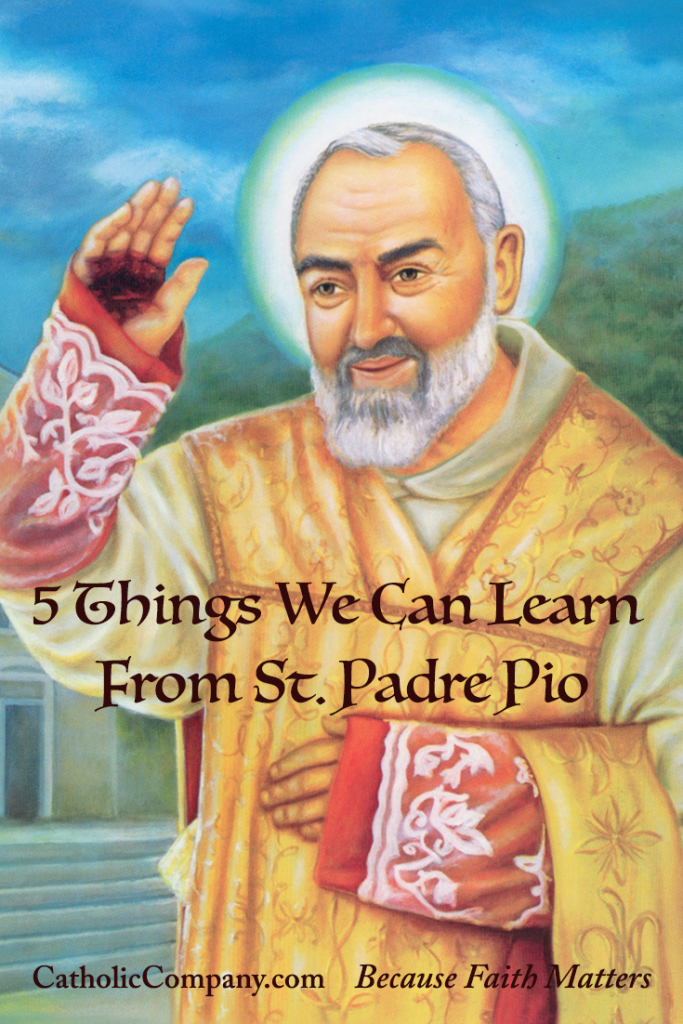