March 19th is the feast day of Saint Joseph, foster-father of Jesus.  St. Joseph is the patron saint of a myriad of causes, especially fathers, families, married couples, children, pregnant women, workers, craftsmen, against doubt, the dying, a happy and holy death, and the Catholic Church.

St. Joseph is one of the most loved saints because he is the man whom God chose among all others to be the special guardian of the Incarnate Jesus Christ and His mother, the Blessed Virgin Mary. He was the human guardian of the Holy Family, and because of this sacred familial bond and divinely-given mission, he is also the foster-father to all Christians.

So, we should get to know our heavenly patron a bit better!

Not much is relayed about his life from the Gospels, however, there are a few saints and blesseds who claim to have been favored with visions of the life of St. Joseph. Perhaps the most famous of these is from one of our most popular-selling books, The Life of the Blessed Virgin Mary by Blessed Anne Catherine Emmerich.

Blessed Anne Catherine Emmerich (1774-1824) was an Augustinian nun, mystic, and visionary who had the grace of unusual glimpses with remarkable detail into the life of the Holy Family. As private revelations these visions do not carry any doctrinal authority, but as part of pious belief it shows us an example of the perfect virtue that St. Joseph certainly possessed in order to have been given such a noble charge.

On this feast day of St. Joseph, here are excerpts from The Life of the Blessed Virgin Mary that give us a glimpse into the early life of Saint Joseph, a descendant of the royal house of Israel's King David. 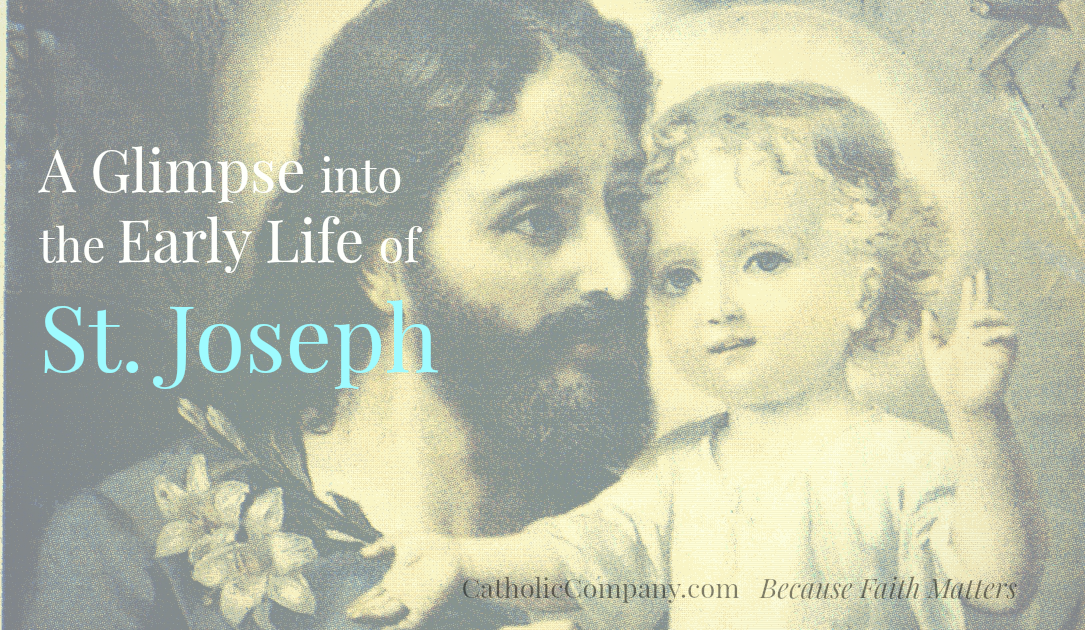 Excerpts from The Life of the Blessed Virgin Mary by St. Anne Catherine Emmerich

Among many things which I saw today of the youth of St. Joseph, I remember what follows.

Joseph, whose father was called Jacob, was the third of six brothers. His parents lived in a large house outside Bethlehem, once the ancestral home of David, whose father Isai or Jesse had owned it. By Joseph's time there was, however, little remaining of the old building except the main walls. The situation was very airy, and water was abundant there. . . .

Joseph, whom I saw in this vision at about the age of eight, was very different in character from his brothers. He was very gifted and was a very good scholar, but he was simple, quiet, devout, and not at all ambitious. His brothers knocked him about and played all kinds of tricks on him. . . .

I often saw him under the colonnade in the outer court kneeling down with his face to the wall, praying with outstretched arms, and I saw his brothers creep up and kick him. I once saw him kneeling like this, when one of them hit him on the back, and as he did not seem to notice it, he repeated his attack with such violence that poor Joseph fell forward onto the hard stone floor. From this I realized that he was not in a waking condition, but had been in an ecstasy of prayer. When he came to himself, he did not lose his temper or take revenge, but found a hidden corner where he continued his prayer. . . .

His brothers' hostility at last made it impossible for him to remain any longer in his parents' house; I saw that a friend from Bethlehem (which was separated from his home by a little stream) gave him clothes in which to disguise himself. In these he left the house at night in order to earn his living in another place by his carpentry. He might have been eighteen to twenty years old at that time. . . .

To begin with, I saw him working with a carpenter at Lebona. This was the place where he first really learnt his craft. His master had his dwelling against some ancient walls which ran from the town along a narrow ledge of hill, like a road leading up to some ruined castle. . .  His master was a poor man, and made mostly only such common things  . . . Joseph was very devout, good, and simple-minded, everybody loved him. I saw him helping his master very humbly in all sorts of ways—picking up shavings, collecting wood, and carrying it back on his shoulders. In later days he passed by here with the Blessed Virgin on one of their journeys, and I think he visited his former workshop with her. . . .

His parents thought at first that he had been carried off by robbers; but I saw that he was discovered at last by his brothers and severely taken to task, for they were ashamed of his low way of life. He was, however, too humble to give it up . . .

Joseph was very devout and prayed fervently for the coming of the Messiah. He was just engaged in building beside his dwelling a more retired room for prayer, when an angel appeared to him and told him not to do this, for, as once the patriarch Joseph at about this time had, by God's will, been made overseer of all the corn of Egypt, so he, the second Joseph, should now be entrusted with the care of the granary of salvation. Joseph in his humility did not understand this, and gave himself up to continual prayer, till he received the call to betake himself to Jerusalem to become by divine decree the spouse of the Blessed Virgin.

You can read more about the early life of St. Joseph as relayed by other mystics of the Church here.

It is commonly said that "St. Joseph never fails." Do you have a devotion to St. Joseph, and have you found this statement to be true when you have gone to him in a time of need? If so, please share your story in the comments below! Check the links below for prayers to our greatest heavenly intercessor, after the Blessed Virgin Mary. 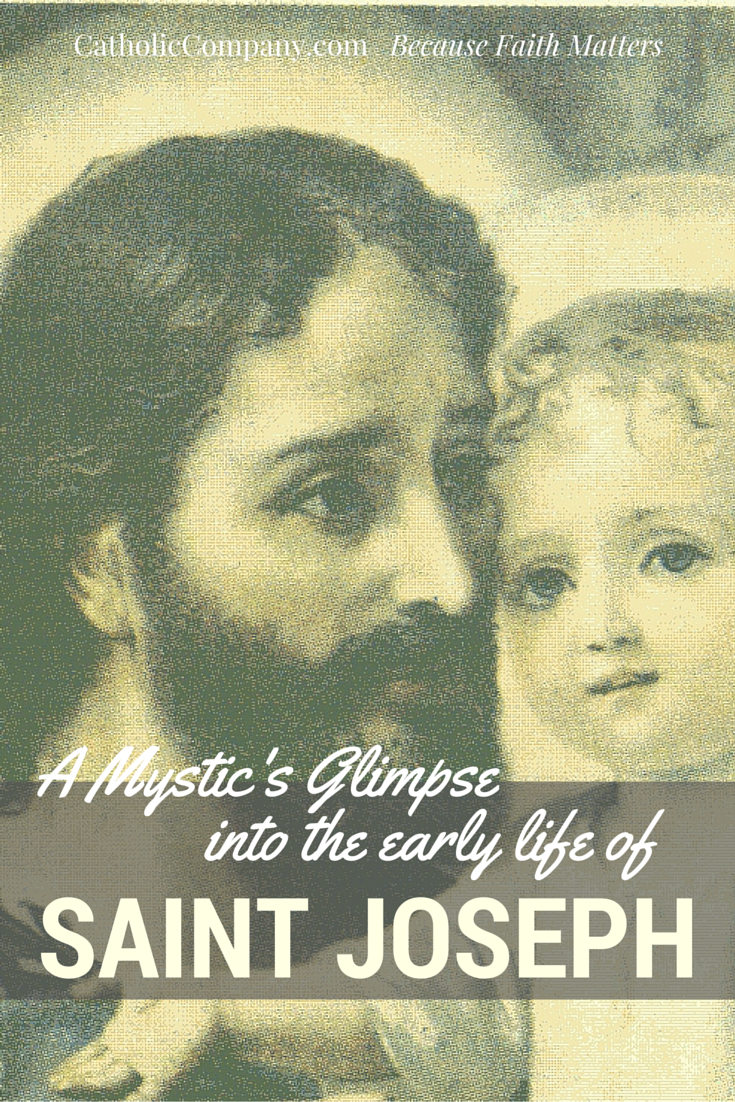 This article as been updated and was originally published in March 2013. © The Catholic Company. All rights reserved.