This feast is based on the Scripture passage in Luke 2:22-40 where the Holy Family journeys to Jerusalem forty days after the birth of Jesus to present him to God and offer sacrifice in the temple.

At this time Mary completes the ritual purification required of women after childbirth, and Joseph offers the sacrifice for the redemption of the firstborn male, as written in the Mosaic Law.

During their time in the temple Simeon gave his famous prophecy about the Christ Child being a light to the Gentile nations and a sign for the Jews, and that a sword would pierce Mary's soul:

"Now there was a man in Jerusalem whose name was Simeon; this man was righteous and devout, looking forward to the consolation of Israel, and the Holy Spirit rested on him. It had been revealed to him by the Holy Spirit that he would not see death before he had seen the Lord’s Messiah. Guided by the Spirit, Simeon came into the temple; and when the parents brought in the child Jesus, to do for him what was customary under the law, Simeon took him in his arms and praised God, saying,

'Master, now you are dismissing your servant in peace, according to your word; for my eyes have seen your salvation, which you have prepared in the presence of all peoples, a light for revelation to the Gentiles and for glory to your people Israel.'

And the child’s father and mother were amazed at what was being said about him. Then Simeon blessed them and said to his mother Mary, 'This child is destined for the falling and the rising of many in Israel, and to be a sign that will be opposed so that the inner thoughts of many will be revealed—and a sword will pierce your own soul too.'" 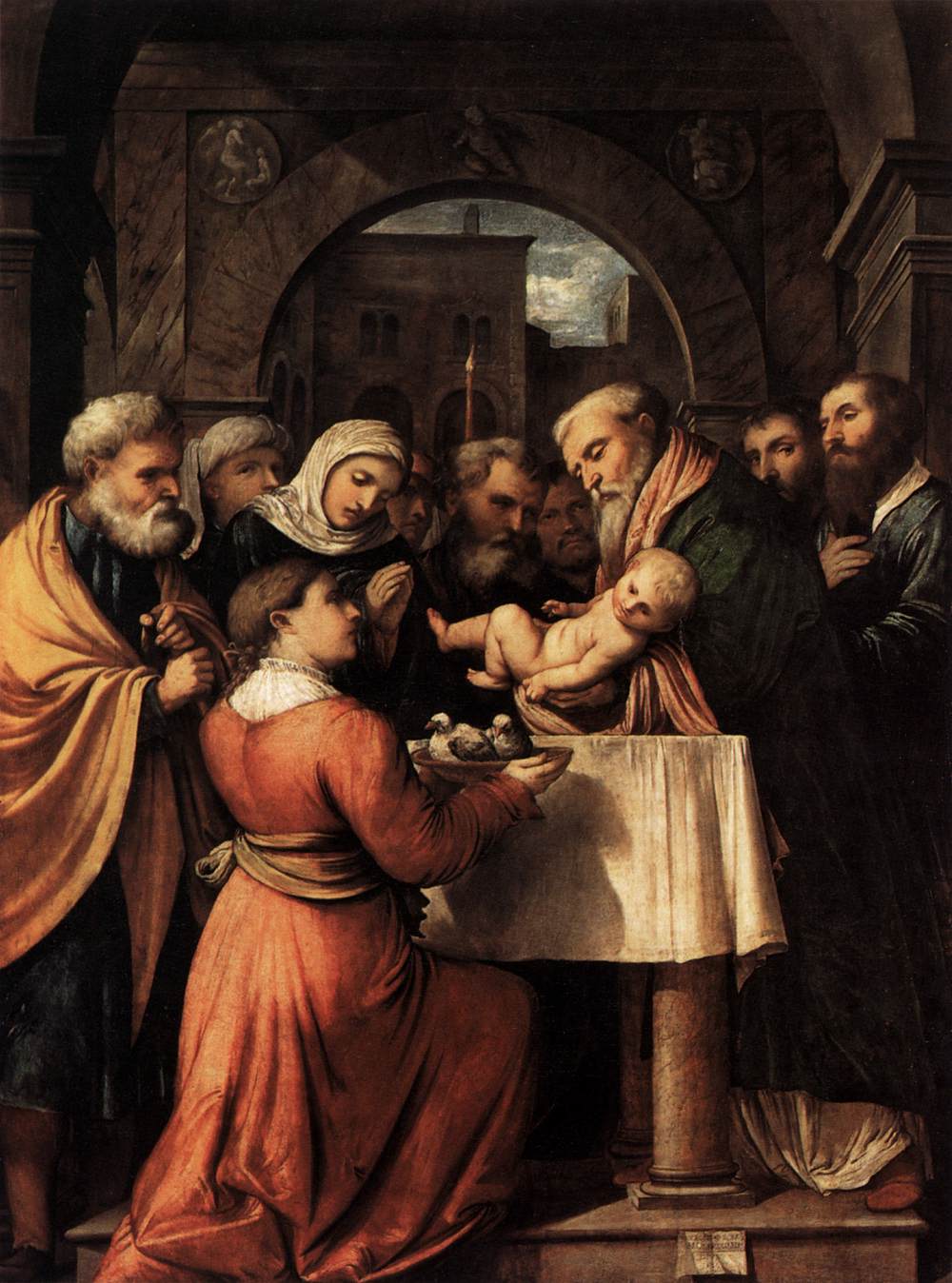 THE SYMBOLISM OF CANDLES

Connected to Simeon's prophecy, on this day the Church has a special ritual involving a procession and the blessing of candles, the candles being a symbol of Christ whose birth illumined the world's darkness.

Since ancient times the Doctors of the Church have given special meaning to the candles used in Candlemas as a symbol of the Incarnate Christ: the beeswax is a symbol of His pure body, the wick His soul, and the flame His divinity.

As written by Dom Prosper Guéranger, OSB, in his classic work, Liturgical Year:

"The mystery of today's ceremony has frequently been explained by liturgists, dating from the 7th century. According to Ivo of Chartres, the wax, which is formed from the juice of flowers by the bee, always considered as the emblem of virginity, signifies the virginal flesh of the Divine Infant, who diminished not, either by His conception or His birth, the spotless purity of His Blessed Mother.

The same holy bishop would have us see, in the flame of our Candle, a symbol of Jesus who came to enlighten our darkness. St. Anselm, Archbishop of Canterbury, speaking on the same mystery, bids us consider three things in the blessed Candle: the wax, the wick, and the flame. The wax, he says, which is the production of the virginal bee, is the Flesh of our Lord; the wick, which is within, is His Soul; the flame, which burns on top, is His divinity." 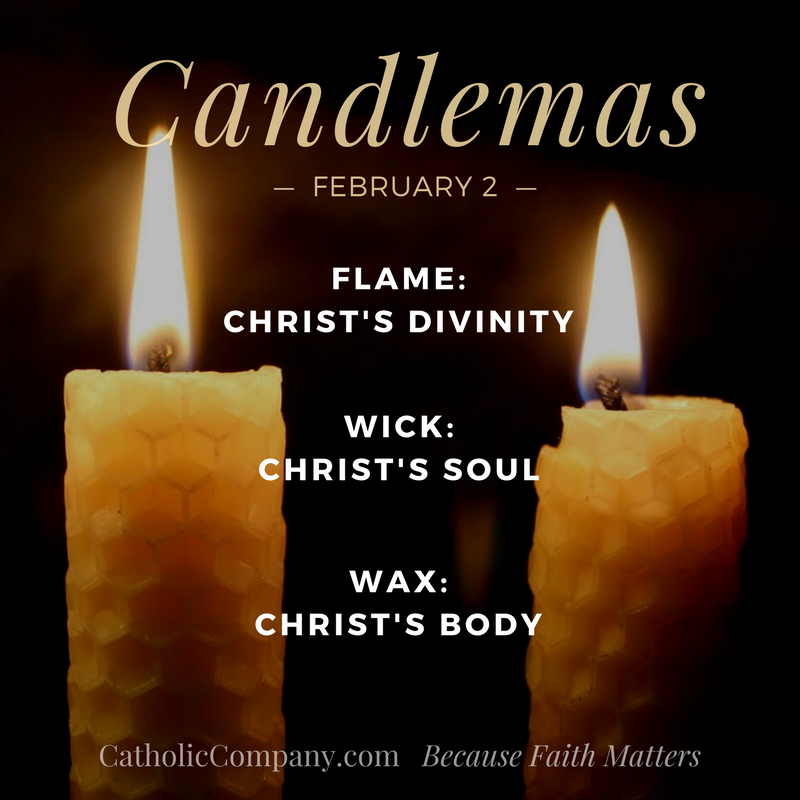 The blessing of candles at Candlemas is similar to the blessing of ashes and palms during the Lent and Easter season, respectively. The faithful will often bring candles to Mass on February 2nd to have them blessed for use at home throughout the year.