This comment is frequently seen on social media in Catholic circles this time of year, and the answer is no, the Catholic Church did not do away with or change the doctrine of purgatory.

The Holy Souls in Purgatory actually have their own feast day on the liturgical calendar (November 2nd) and the Church dedicates the entire month of November to helping them attain heaven more quickly by our prayers.

So, where is the confusion coming from?

Purgatory is the word used to describe the final purification that an imperfect soul passes through after death which makes it perfect to enter the presence of God in heaven, provided that the soul (1) did not die in a state of unrepentant mortal sin, and (2) was not already purified during their life. Upon death those in (1) will go straight to hell for their eternal punishment, while those in (2) will go straight to heaven for their eternal reward (i.e., the saints). While not a popular belief today, this is the infallible doctrine of the Catholic Church which you can read about in part one, section two, chapter three of the Catechism.

See also What Do Catholics Really Believe About Purgatory?

This sobering truth has been confirmed repeatedly by the Blessed Mother in pleading for our prayers and sacrifices for the conversion of sinners, as she did at Fatima after showing a vision of hell to Jacinta, Francisco, and Lucia: "Pray, pray a great deal and make many sacrifices, for many souls go to Hell because they have no one to make sacrifices and to pray for them" (Our Lady of Fatima in  Lucia's own words). Through the grace of purgatory many will gain heaven and escape hell.

Purgatory, then, is a great mercy of God who lovingly purifies us from the effects of sin we still bear in our souls when we die, sins to which we clung and did not cooperate with the grace of Christ to free us from while we were still alive. Without this purification we cannot be happy in heaven, because our sinful clingings prevent us from loving God with our whole soul.

Why do so many Catholics wrongly insist that the Catholic Church has declared that there is "no more purgatory"?

Many who think that the Church no longer teaches purgatory are probably confusing purgatory with limbo, which was an attempt by medieval theologians to reconcile the doctrinal dilemma of what happens to unbaptized infants when they die.

Limbo was a theory proposed as "a state which includes the souls of infants who die subject to original sin and without baptism, and who, therefore, neither merit the beatific vision [heaven], nor yet are subjected to any punishment, because they are not guilty of any personal sin."

Limbo, although widely believed, was never part of magisterial Catholic doctrine (as purgatory is), it was always only a theory. As such it was never "done away with" because it was never dogmatically defined, whereas it has fallen out of favor among many modern theologians.

In 2007 a commission of Catholic theologians famously issued a non-magisterial document with papal approval called The Hope of Salvation for Infants who Die Without Being Baptized which offers options other than limbo to the theological dilemma of unbaptized infants. However, the Vatican does not reject the theory of limbo outright, and it remains "a possible theological hypothesis."

The truth is that we don't know for certain; God has not revealed to us the answer to this question. It remains speculative and Catholics are free to believe or disbelieve the theory of limbo. What we do know, and what the Catechism teaches, is that these souls are entrusted to the mercy of God and the hope that Christ will provide a means of salvation for them. 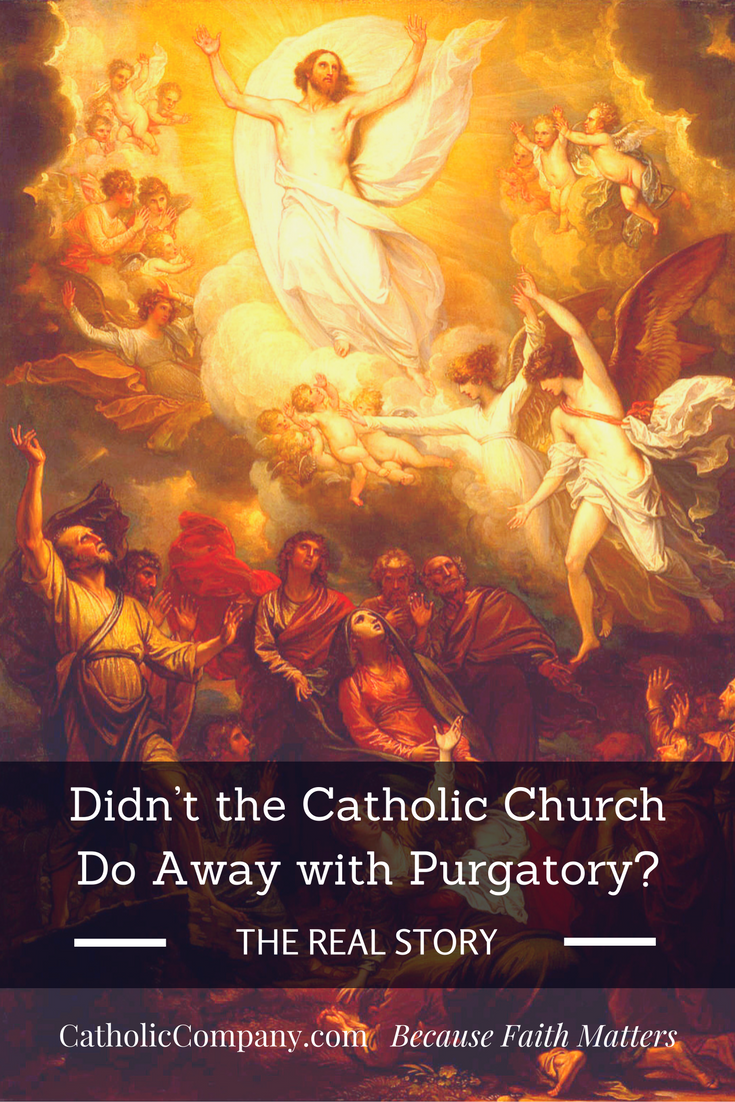