On September 29th the Church honors the Holy Archangels. Although there are believed to be seven archangels (based on Tobit 12:15 and Rev. 8:2), only these three are mentioned by name in the Catholic Bible:

Only one of them, St. Michael, is specifically called an archangel in Scripture. According to Catholic tradition, the archangels are an order of angels within a hierarchy of angelic hosts. In all, there are nine ranks, or choirs, of angelic beings.

As derived in part from the teaching of St. Paul the Apostle and later developed by Church theologians, these nine choirs of angels are (in ascending order):

The nine choirs of angels are broken into three groups of three, but beyond this basic organization there is not much more in Sacred Tradition about the specific duties and distinctions of these mysterious creatures of God.

According to this chart, it may be surprising that the archangels are one of the lowest ranks of angelic creatures.  Archangels are called such because their choir is above that of the lowest angels (among these are our Guardian Angels), therefore they are referred to as the "princes" of the angels that rank beneath them.

We can discern from this ranking of angels that the lower choirs have closer dealings with events on earth, while the higher choirs attend the throne of God in heaven.

Both angels and archangels are the angelic beings that have direct dealings with humans as recorded in the Catholic Bible. The archangels are seen to be the highest of all God's messenger angels and they are given the most important missions. Of the seven, St. Michael is regarded as the highest ranking. 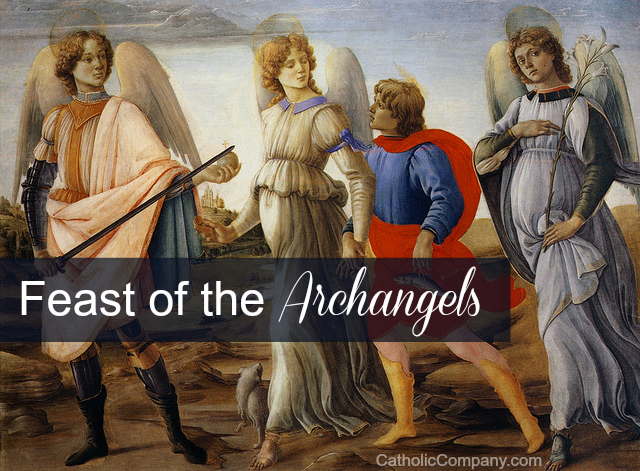 St. Michael is most known for doing battle against Lucifer (who could have been a seraph) and casting him and the other fallen angels out of heaven. Because of this feat, he is known as the leader or prince of the angels.

St. Michael is the champion of God's people and the protector of the Church.  He is also regarded as the angel who brings the souls of men to their judgment before God, thus being the angel of judgment.

St. Gabriel is most known for his messenger role in the Annunciation.  He is the angel who appeared to Zachariah and the Blessed Virgin Mary announcing the birth of St. John the Baptist and Incarnation of Jesus Christ, respectively.

He is also believed by some to be the angel who appeared to St. Joseph and the shepherds at Christ's nativity, as well as the angel who comforted Jesus in the Garden of Gethsemane. Because of this he is known as the herald angel, and the angel of mercy and consolation.

Raphael means "God has healed."  St. Raphael the Archangel is only mentioned once in the Catholic Bible, in Tobit chapter 12.

In this passage he was a companion, protector, and healer.  He is also believed to be the angel who stirred the water in the pool of Bethesda in Jerusalem, giving it its healing properties, as mentioned in the New Testament.  He therefore is regarded as a healing angel and a companion angel.

Learn more about these amazing creatures that God has appointed to lead us to our salvation by looking up each Bible reference mentioned above and read the accompanying stories.  Consider also having a special devotion to one (or all!) of these angelic saints.

From the Responsorial Psalm of today's Mass reading for the Feast of the Archangels:

R.  In the sight of the angels I will sing your praises, Lord.

I will give thanks to you, O LORD, with all my heart,

for you have heard the words of my mouth;

in the presence of the angels I will sing your praise;

I will worship at your holy temple

and give thanks to your name. 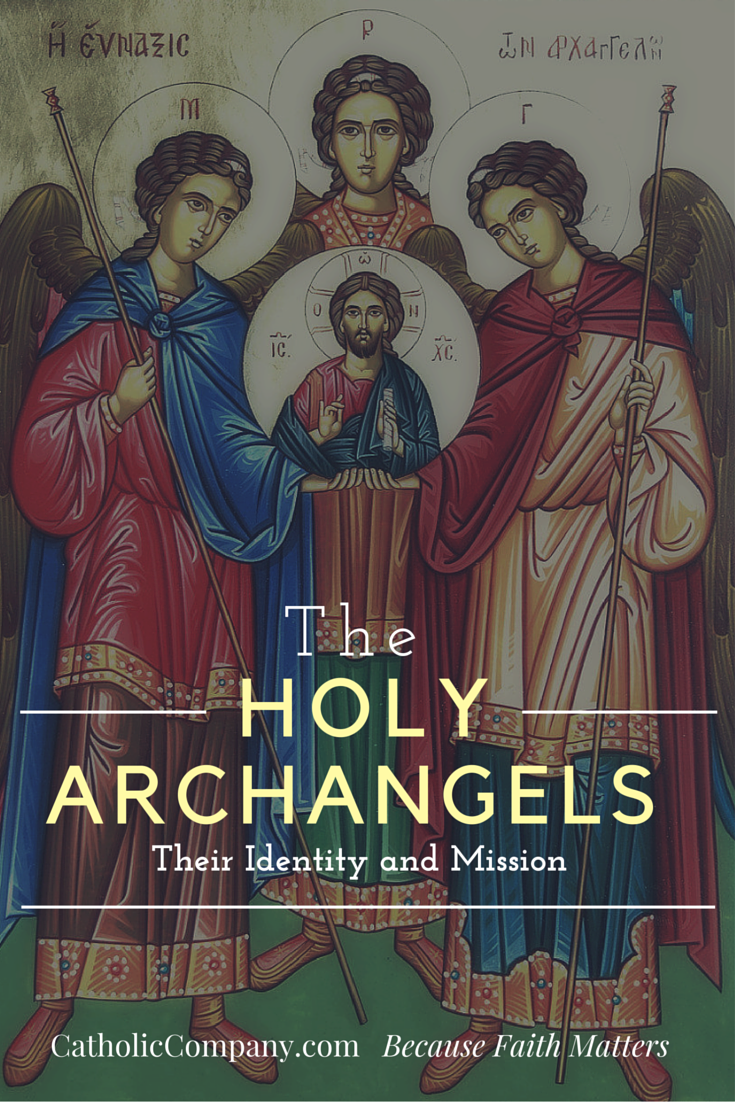 This article has been updated and was originally published in September 2012. © The Catholic Company