I graduated from college this past spring, and St. Joseph of Cupertino was a saint I came to know very well. Taking five 400-level courses during my senior year, it was almost inevitable that there was an exam right around every corner–and often multiple exams in the same week. I quite often called upon St. Joseph of Cupertino for his heavenly guidance and intercession.

I first learned about him from a Third Order Regular (T.O.R.) Franciscan Friar with whom I took a class early in my college career. Before an exam, he would always have us ask for the intercession of St. Joseph of Cupertino, who is known as the patron saint of students and test-takers.

Joseph of Cupertino had studied for the seminary and barely made it to ordination because he was such a poor student. The most popular story that I have heard and which I connected with the most was when he had not studied for a big exam he was supposed to take when he was in seminary. So the evening before his exam, he prayed that the one question he could answer would be on the test. When he went to take the test, that very question was on it! (I never tried this method for studying, though, and I would not necessarily recommend it, either!) Alternately, I did ask for St. Joseph of Cupertino's intercession to help calm my anxieties and clear my mind when I sat down to take an exam. 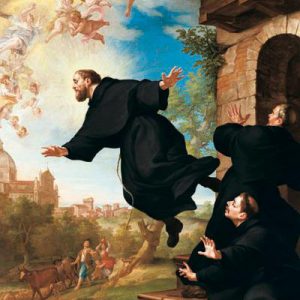 THE LIFE OF ST. JOSEPH OF CUPERTINO

St. Joseph lived from 1603-1663 and was the son of a poor Italian carpenter. His father died before he was born, leaving his mother destitute. As a result Joseph was underfed and often sick. He was an intellectually dull child who constantly found himself the worse off in every situation. He was awkward, absent-minded, unintelligent, and difficult to be around. Many people thought he was good for nothing–including his own mother, who treated him harshly and considered him a burden. Added to the scorn he received from everyone, at the age of eight he began receiving ecstatic visions for which he was also ridiculed. ???????

At the age of seventeen Joseph found work with the Capuchin Franciscan friars, eventually joining their order once they recognized his holiness beneath his irritating demeanor. His ecstasies became more pronounced, and he would often levitate or float as they happened.

These ecstasies could be triggered easily through the mention of anything heavenly, or by any mortification. These occurrences became a spectacle and disturbance to others and caused Joseph much suffering; they were a cross he would bear his whole life. For example, as a priest he could not celebrate Mass publicly due to his distracting ecstasies. He was even reported to the Inquisition for fear he was involved in witchcraft. 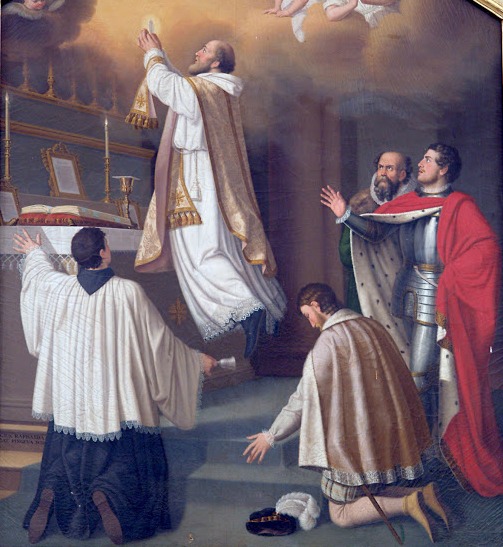 Yet St. Joseph lived a life of deep prayer and severe penance through continual fasting, subjecting himself every year to seven Lents of forty days each.

Sometimes called “The Flying Saint,” St. Joseph of Cupertino is also the patron of air crews and aviators. The Church celebrates his feast day on September 18th.

O humble St. Joseph of Cupertino, you were favored by God in overcoming the difficulties and worries of studies and examinations. Intercede for me to the Holy Spirit that my mind and memory may be strengthened in the pursuit of God’s wisdom. Help me to offer God my very best work and help me to grow in knowledge and humility. Everything that I try to learn in life will be offered in service to God. St. Joseph of Cupertino, pray for me. Amen. 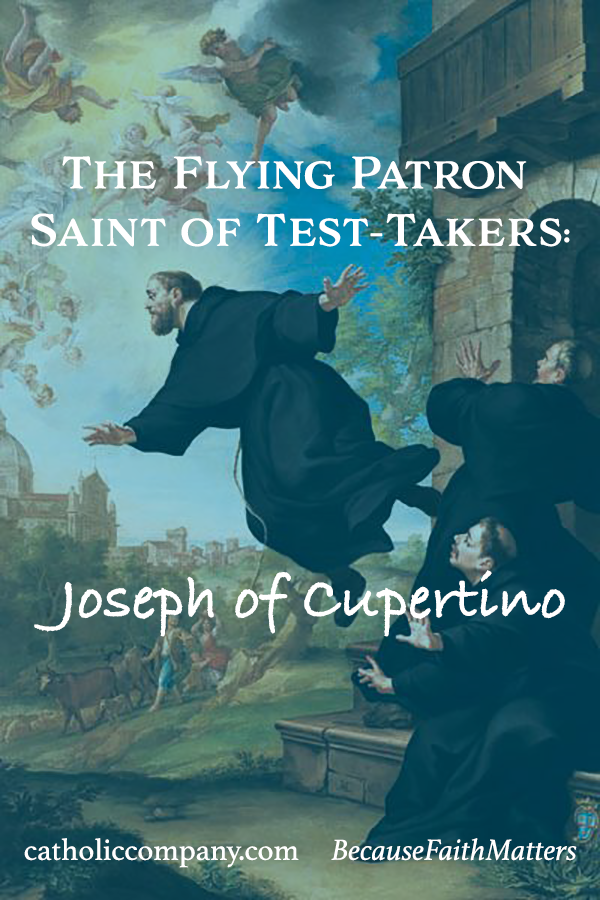