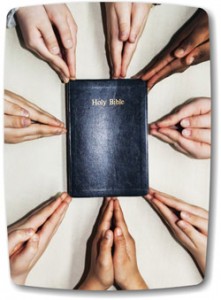 The buzz of the New Year is over and we are long past January. Where has the time gone? By now most Americans who have made New Year’s Resolutions have failed them, and thus the year that started with hope has turned into shame for many of us. But we have to maintain our hope and maybe try something old but with a new spin. Reading the Catholic Bible isn’t always easy, but perhaps trying the lectio divina method will make it easier and more fruitful.

Lectio divina is an old practice of reading the Catholic Bible typically done by religious orders such as the Benedictines and Carthusians, however, laity can practice it and benefit from it as well. Lectio divina is as old as the third century and is a four step process of reading scripture and coming to a greater knowledge of Christ through the Catholic Bible. The four steps of lectio divina are 1) read, 2) meditate, 3) pray, and 4) contemplate in that order. This might seem a bit daunting at first, but the trick is to pick maybe a few passages out of the Catholic Bible and really get the most out of it. Lectio divina has been described as “Feasting on the Word” because you first take a bite (read), then chew on it (meditate), followed by savoring it (pray), and lastly digesting it (contemplate). Lectio divina is a practice that hasn’t gone out of style since its beginning thousands of years ago and there is good reason as to why.

Lectio divina is a practice which takes patience, a clear mind, time, and practice. Luckily, you don’t have to go about lectio divina all alone. Many lectio divina books teach people, like me and you, how to perform lectio divina well. Many of these lectio divina books have been written by monks, fathers, and other religious men and women who have been practicing this style of reading the Catholic Bible for years. I think that lectio divina could be the tool for you so that you get the most out of scriptural reading and keep coming back for more. Remember that the goal of lectio divina is not reading (or biting off) as much as you can, but the slow contemplation, meditation, and prayer which allows you to make the most of that bite.