What would it be like if you spent a day wearing the uniform of another profession?  Would you feel like a different person? Would people treat you differently?

One writer, Tom Chiarella, wanted to experience first-hand what it would be like to literally walk in someone else's "professional shoes" for the day.

His job as a creative writing professor and author required no uniform—no visible sign of what he did for a living.  And a part of him kind of wished that it did.

"I'll admit that I've often longed to wear a uniform, one that demanded something from me and maybe from the world around me. A good uniform represents. It makes sure you show up. It suggests a simplicity of mission. Once you slip it on, any uniform calls for its own posture. Everyone reacts. They step aside, shoot knowing glances, make room for you; or they turn away, try to forget their foggy prejudices, and ignore you."

So he began an interesting experiment. To get a sense of what it was like to dress like a professional man on a mission, he bought four uniforms belonging to a security guard, a doctor, a mechanic, and ... a Catholic priest.

Pasted below are excerpts from his fascinating article What Happened When I Dressed Like a Priest  detailing his experience of walking the city streets of Chicago wearing a traditional Roman cassock.

Hopefully his experience will help us to reflect a little more on the great wonder that is a man with the Sacrament of Holy Orders acting in persona Christi—in the person of Christ.  It comes with a certain and unmistakable awe, as Chiarella discovered.

"I was a priest, standing at the bar of the Billy Goat Tavern beneath the great concrete decks that brace up downtown Chicago. Strike that. I was not a priest. I shouldn't say that. I was me, me wearing the uniform of a priest. It was 10:30 on a Friday morning, the bar a well-lit temple of Formica. I was visiting my favorite bartender, as is my wont when I am in Chicago. Priest or no: My uniform was an old-school liturgical cassock. Twenty buttons rising to a traditional clerical collar. Part tunic, part Nehru jacket, with a big open flare at my feet. That thing really kicked up in the wind when I walked the city. The thing really had some sweep.

"When I walked in, my friend immediately set me up with a no-disrespect-intended pour of bourbon, with a draft beer back. My shoulders were turned to the half-full restaurant; a small circle of recent acquaintances screened me. I'd like to say I was mindful of being the most visible man in the room—me, the priest—but who was I kidding? People had been staring at me for twenty-three blocks. One hour in the uniform and I knew this much: On a bright summer's day, in a sprawling city, a priest in a cassock is a thing to behold. People draw out their eye contact with a priest. They give nods or bow just a smidge. Or they stare. Openly. Respectfully. Distantly. When walking in pairs, men wind up their cheeriest selves to blurt out suddenly, "Good morning, Father." A habit learned in high school, revisited gladly. Twenty-three blocks and the world could not take its eyes off me. A priest, striding north.

"And so, in a what-the-hell moment, I lifted the glass, nodded to Jeff the barkeep, and took that long good swallow. Only as I put the glass back in its ringlet of condensation did I notice a woman who'd maneuvered herself to some pass-through window, filming the whole thing on her phone. "You're going to be on the Internet before you eat lunch," said the barfly to my left without looking up, adding, "Father."

"I picked up the beer, took a sip, and told him, "I'm not a priest." He turned, narrowed his eyes, gave me a lazy up-and-down. "What is this, then?" he said. He meant the frock.

"It's a uniform," I said. That was true. This was always my plan. Be honest. And that seemed to be enough, because he went back to his box scores. A couple minutes later, he said, "One thing's for certain, some priest, somewhere, is going to get in trouble for that." 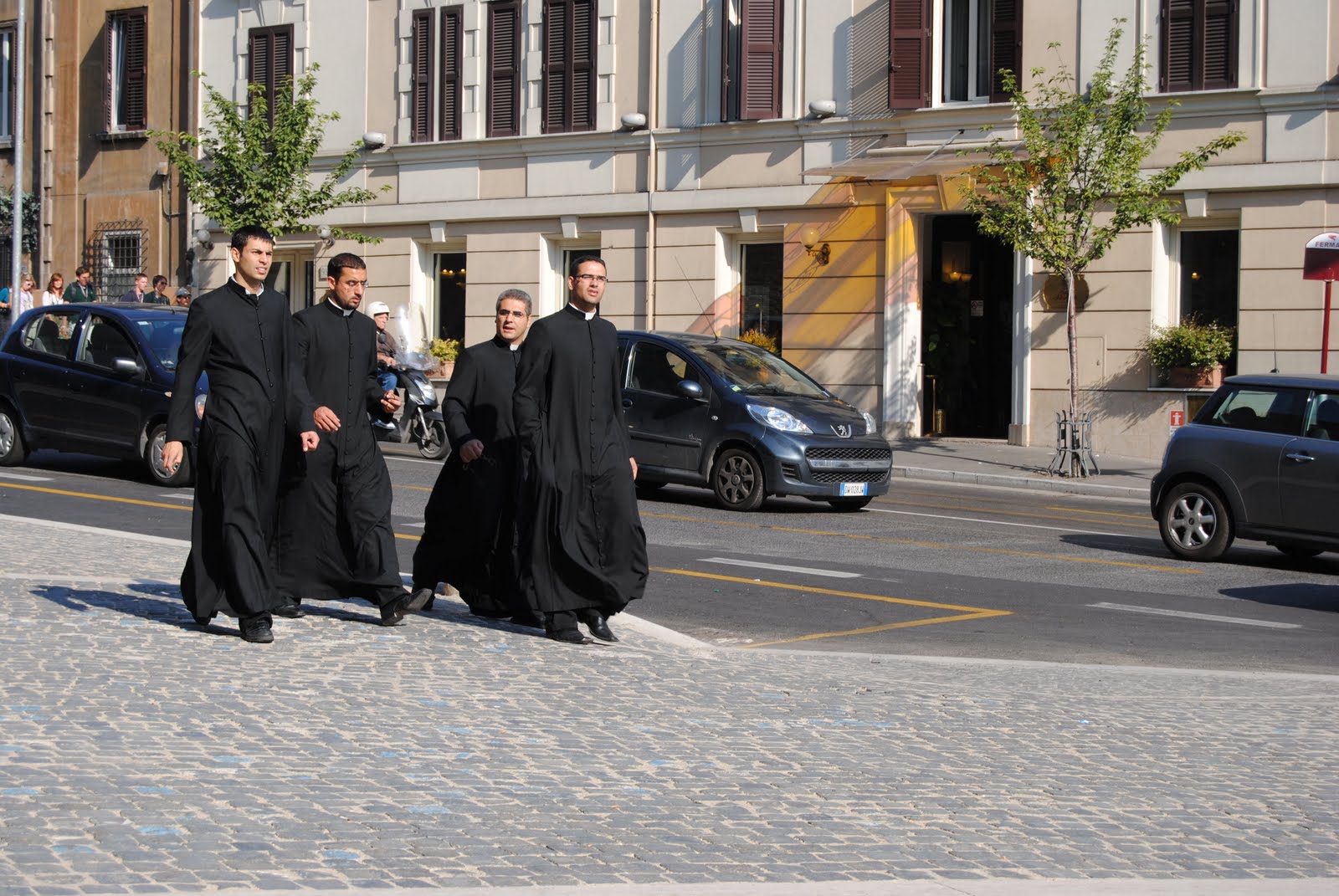 "I bought my priest outfit at a religious-wardrobe store just west of Canaryville on the South Side of Chicago. At first I tried on clerical shirts, all black, with the familiar collar. Both long-sleeved and short. I wanted to look like the Jesuit priests who'd taught me how to write. All business with the comings and goings, a little tired, utterly content to forget the annoyance of deciding what to wear every morning.

"The salesclerk was a former Dominican priest. There is fashion among the priests, he said. It's rare for an American priest to wear a cassock outside the church. But, he said, it's becoming more common: "It used to be considered a little vain. But you go to the seminary now and young priests insist on the cassock. They're more conservative and they want to be seen as committed.

He thought I could pass. "Just look like you're going somewhere on church business."

"At that, the third-generation owner of the store stepped out of her office to tell me that she disagreed. "No priest would wear that in public."

"Just tell them you're Greek," the salesclerk said. "You look Greek enough."

"Generally, when you wear a uniform, no one will touch you. Except the priest. People will touch a priest. On the wrist mostly. It happened to me twelve times, just a tap in the middle of a conversation. An assertion of connection, an acknowledgment of some commonality I could not fathom. Weirdly, the priest's outfit was the most physically demanding uniform to wear. All day with the hugging, and the kneeling to speak to children, and the leaning in for the selfies. 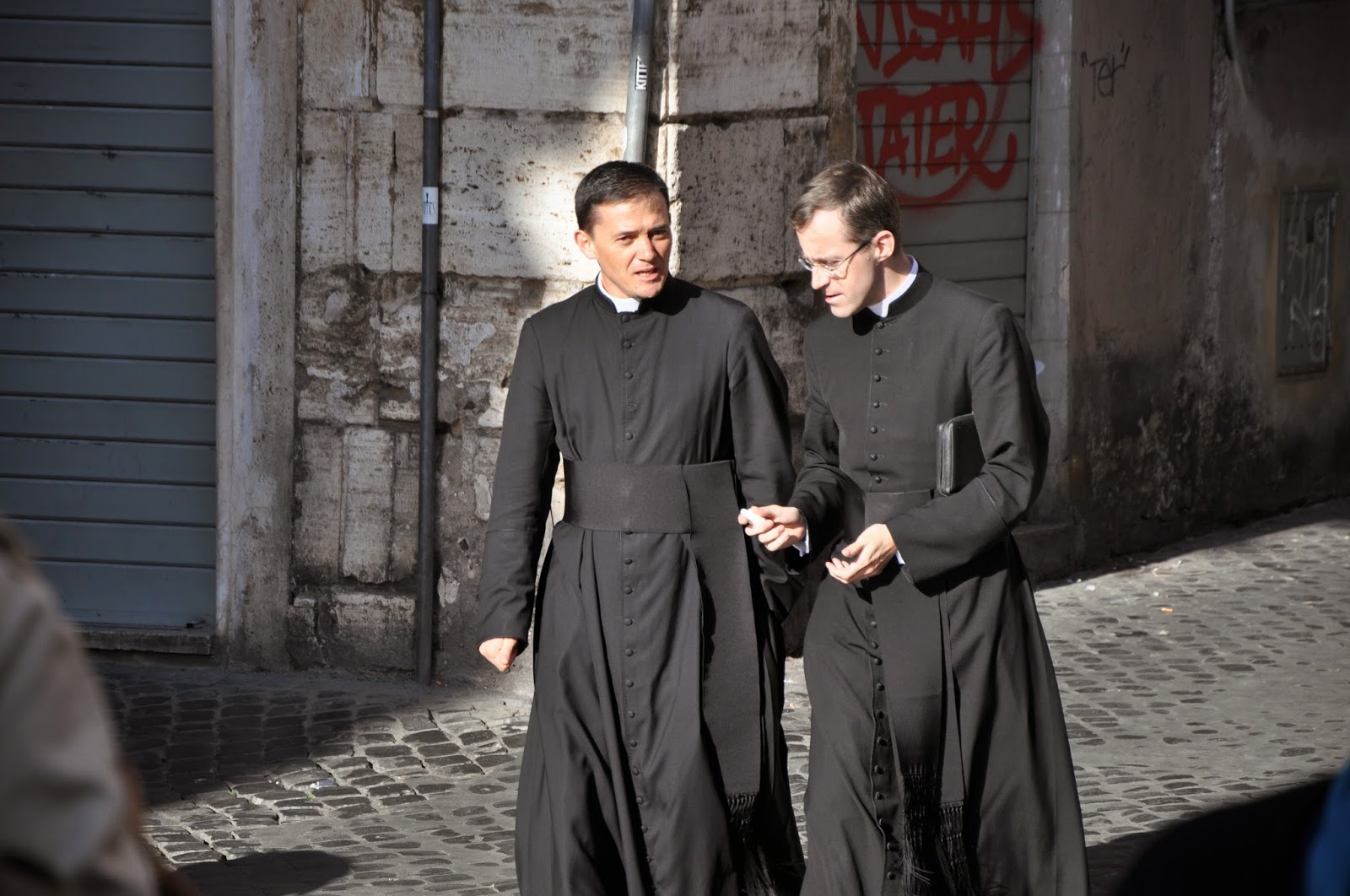 "I suppose it is sacrilegious to say this—though I'm obviously way past caring about that now—but sweeping the city with the hem of my cassock hither and yon was more like being a beautiful woman than it was representing myself as a celibate guy who lives in a two-room apartment in Hyde Park. I'm telling you: People lingered in their gaze, without lust. I was a fascination, looked at fondly so many times that fondness itself seemed the currency of the world to me. It made me like the world better.

"No one asked my name. No one called me Father Tom. But that's what the uniform made me. People want to believe.

"Especially people in need. All day long, I was faced with homeless men, homeless families, crouched in the street. Sometimes they reached up to me, touched my wrist. Twice I was asked for a blessing that I could not give. Not in the way they wanted. I started wishing that I were capable of performing a service for the world. And I found I could not do nothing. The uniform comes with some responsibility; otherwise, it is just a party costume. I started kneeling down, holding out a ten-dollar bill, and saying, "I'm not a priest. But I feel you." And I couldn't do it once without doing it a couple dozen times. Chicago is a big city, with a lot of souls stuck in its doorways. It still makes me sadder than I could have imagined.

"It's easy to put on a cassock. And it's really not easy to wear one at all."

A Catholic priest has real spiritual powers under the authority of Christ himself, and we are the beneficiaries.  This gift should not become so ordinary to us that we forget to give respect to and pray for our priests, the shepherds of our souls. The world desperately needs them! 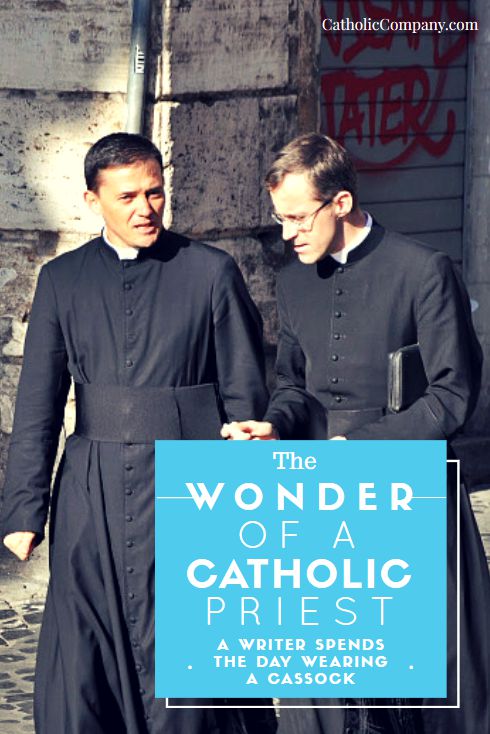