St. Dominic de Guzman, the founder of the Order of Preachers (commonly called the Dominicans) is the saint to whom Our Lady famously appeared and gave the devotion of the Holy Rosary to assist him in combating the Albigensian heresy then wreaking havoc in the Church. This apparition occurred in southern France, in a small, out-of-the-way spot known as Prouilhe in the Languedoc region.

When St. Dominic (1170–1221) was laboring without success to convert souls back to the one true faith, Our Lady gave him a powerful weapon, the Angelic Salutation [i.e. the Angel Gabriel's greeting to the Virgin Mary at the Incarnation], and the pattern in which it should be prayed. 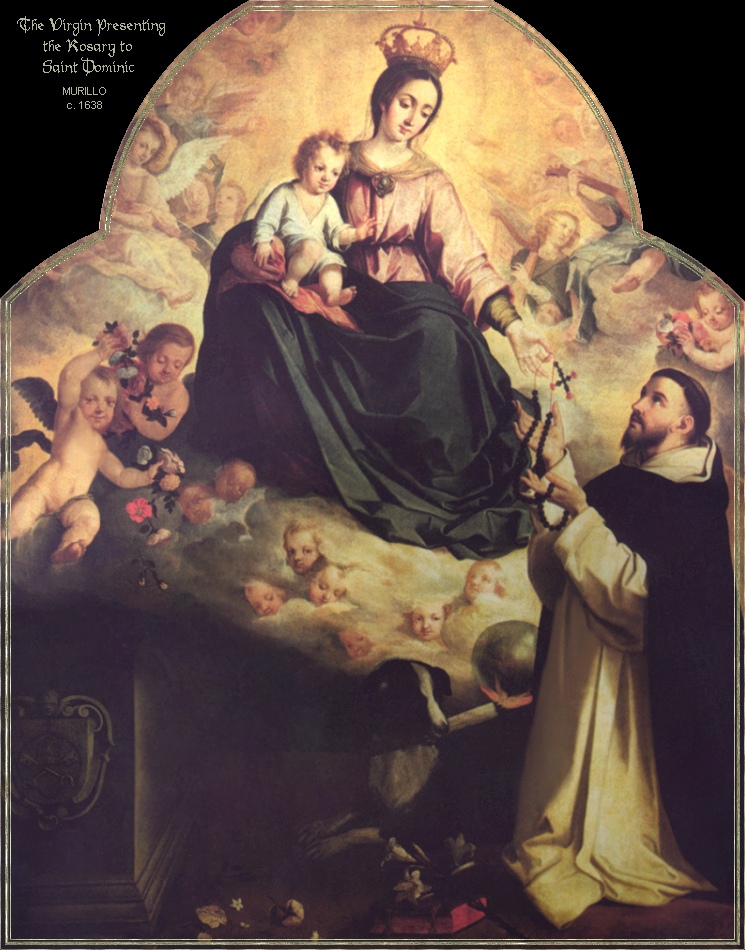 To combat the Albigensian heresy (the heresy of the Cathars), a re-emergent form of the ancient Manichean heresy which denied the divinity of Christ and the goodness of the created material world, she also gave the rosary "mysteries" which reflected on the Incarnation, Passion, and death of her Son. The words of the Angelic Salutation combined with meditations on the divine mysteries was to be used as a prayer and catechism tool to teach the people the true Christian faith.

If St. Dominic would preach her rosary and its meditations on the life of Christ, many souls would be converted from their error and saved through her intercession. The Blessed Virgin said to him:

"Wonder not that you have obtained so little fruit by your labors, you have spent them on barren soil, not yet watered with the dew of Divine grace. When God willed to renew the face of the earth, He began by sending down on it the fertilizing rain of the Angelic Salutation. Therefore preach my Psalter composed of 150 Angelic Salutations and 15 Our Fathers, and you will obtain an abundant harvest." 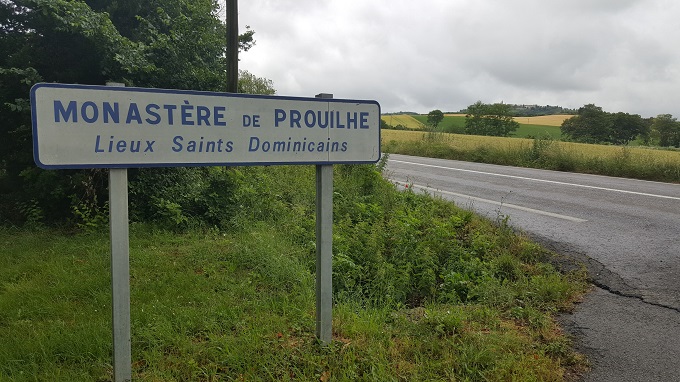 The location of the original Dominican Monastery of cloistered nuns established by St. Dominic at Prouilhe, in the Languedoc region of southern France. Photo: Gretchen Filz

Below is the Basilica of Our Lady of the Rosary and Dominican Monastery in Prouilhe. This location was an ancient pilgrimage shrine to Our Lady which St. Dominic restored and used as the cradle of his Order of Preachers.

It was here that he established his headquarters, here where he founded his first community of cloistered nuns, and here where Our Lady, in the year 1208, first gave him the devotion of the holy rosary as his spiritual weapon to labor with her in the fight for souls. 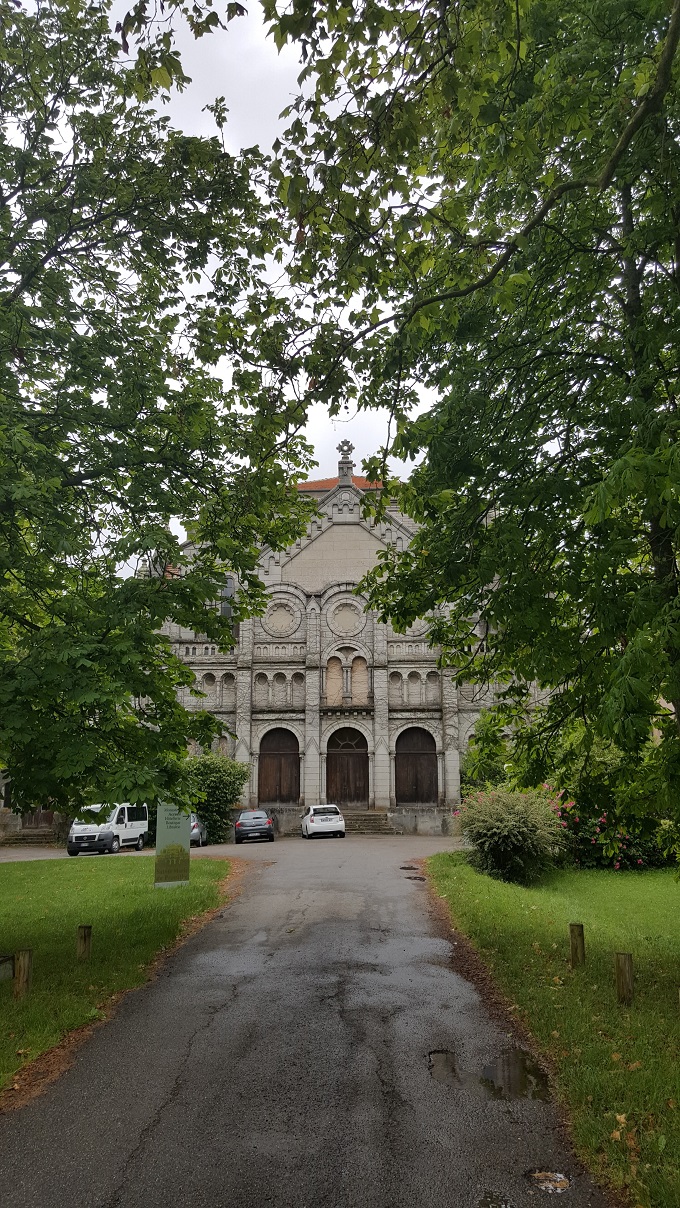 The current Basilica Our Lady of the Rosary in Prouilhe, France, originally established by St. Dominic and the spot where Our Lady gave the rosary to St. Dominic. Photo: Gretchen Filz

The church and monastery were completely destroyed—leveled to the ground—during the French Revolution, and the nuns were scattered. The monastery was later rebuilt, but never finished due to lack of funds. 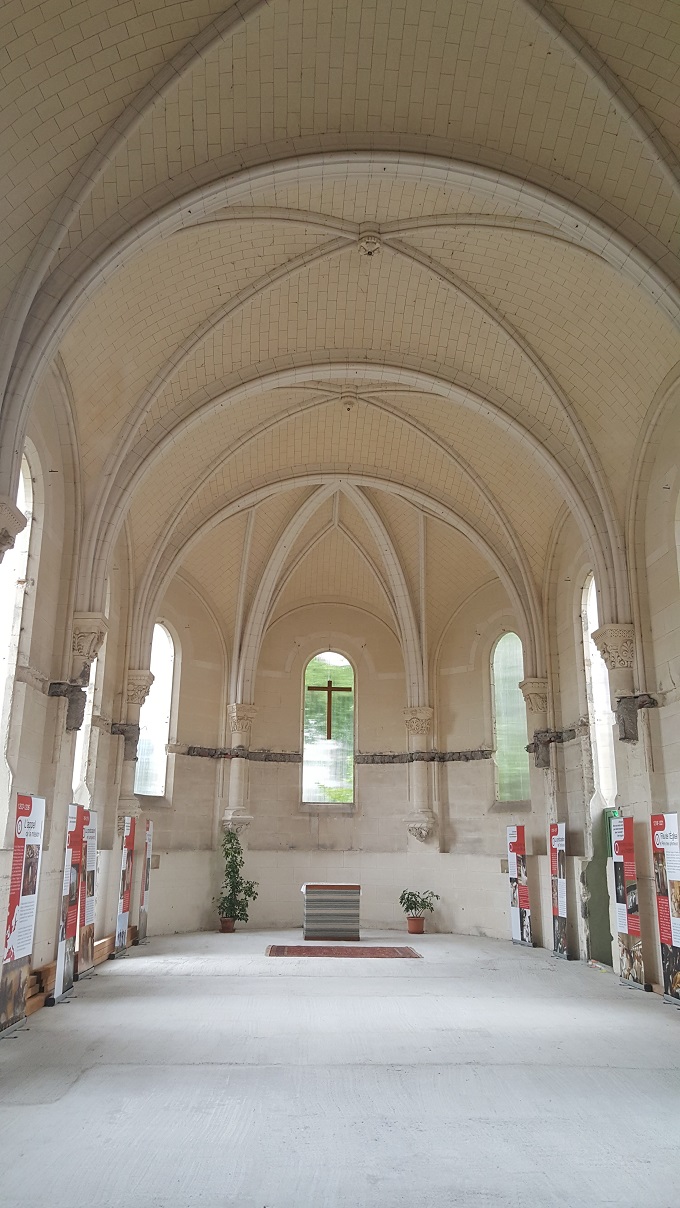 The Basilica Our Lady of the Rosary in Prouilhe, France, the cradle of the Dominican Order and the spot where St. Dominic received the rosary from Mary. Photo: Gretchen Filz

It is still in use today as a Dominican monastery of contemplative nuns, even though the construction was never completed. It is in a terribly sad state of disrepair, however, there is hope that one day the funds will be raised to restore and complete the building project. Read about the restoration project here if you are interested in donating to this worthy rebuilding cause. 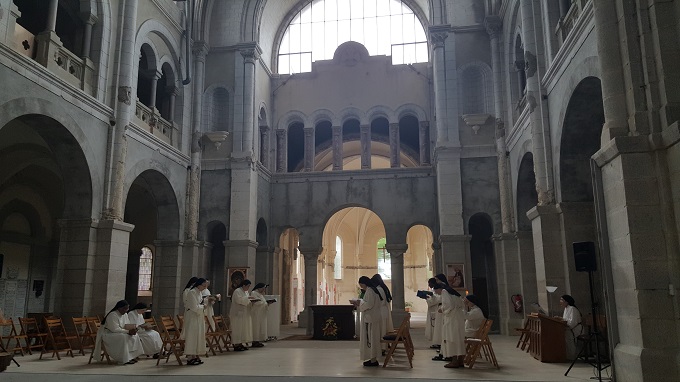 The current Basilica Our Lady of the Rosary in Prouilhe, France, where St. Dominic established his first group of cloistered contemplative nuns, converted back to the Catholic faith from the Albigensian heretics. Photo: Gretchen Filz

Below is a beautiful side altar to Our Lady before which the nuns sing the Salve Regina every night at Vespers. 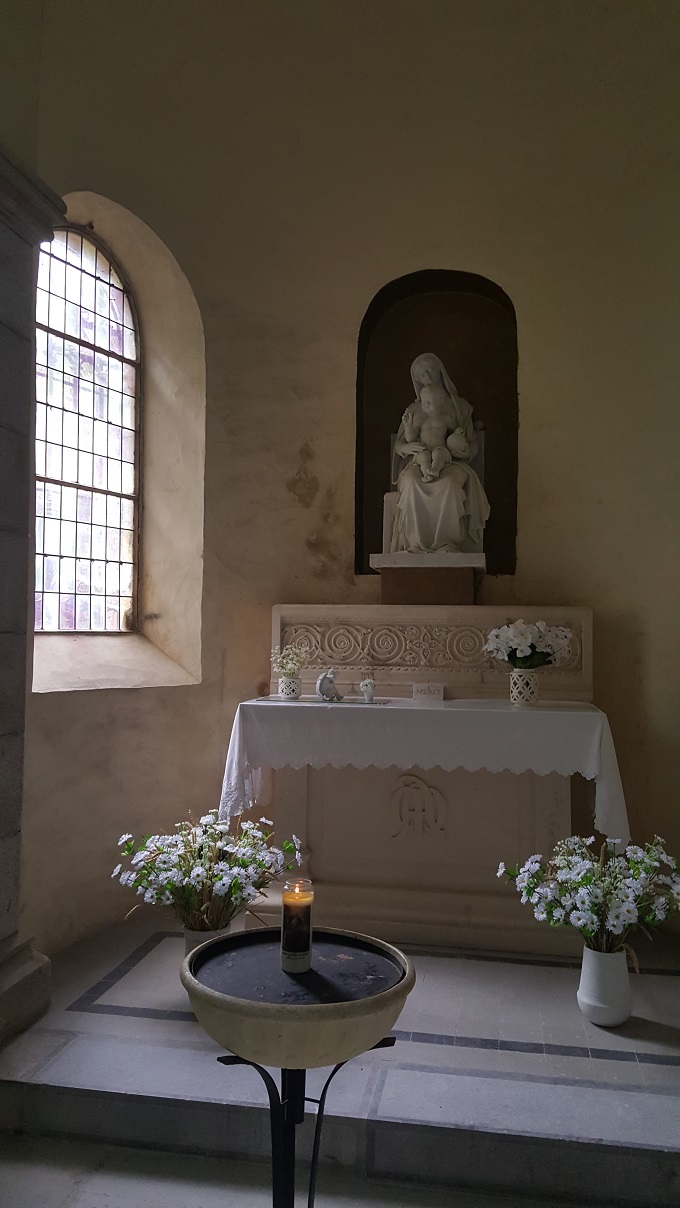 Side altar at the Basilica Our Lady of the Rosary in Prouilhe, France. Photo: Gretchen Filz

Many claim that Our Lady giving the rosary to St. Dominic is a pious legend without historical basis. However, this "legend" is so well supported in our Church history, and the tradition documented by at least a dozen popes, that its authenticity as a gift from Our Lady to the Church, through the hands of St. Dominic, cannot be reasonably doubted—see one papal encyclical describing this below.

"Our merciful God, as you know, raised up against these most direful enemies a most holy man, the illustrious parent and founder of the Dominican Order. Great in the integrity of his doctrine, in his example of virtue, and by his apostolic labours, he proceeded undauntedly to attack the enemies of the Catholic Church, not by force of arms; but trusting wholly to that devotion which he was the first to institute under the name of the Holy Rosary, which was disseminated through the length and breadth of the earth by him and his pupils.

Guided, in fact, by divine inspiration and grace, he foresaw that this devotion, like a most powerful warlike weapon, would be the means of putting the enemy to flight, and of confounding their audacity and mad impiety. Such was indeed its result. Thanks to this new method of prayer—when adopted and properly carried out as instituted by the Holy Father St. Dominic—piety, faith, and union began to return, and the projects and devices of the heretics to fall to pieces. Many wanderers also returned to the way of salvation, and the wrath of the impious was restrained by the arms of those Catholics who had determined to repel their violence." Supremi Apostolatus Officio, Encyclical of Pope Leo XIII on Devotion of the Rosary.

The Dominicans, the Church's first religious order devoted to itinerant preaching, were given the special task by Our Lady to preach her Holy Rosary across Europe, and the order in which the universal Church prays the rosary today is taken from the original Dominican form. 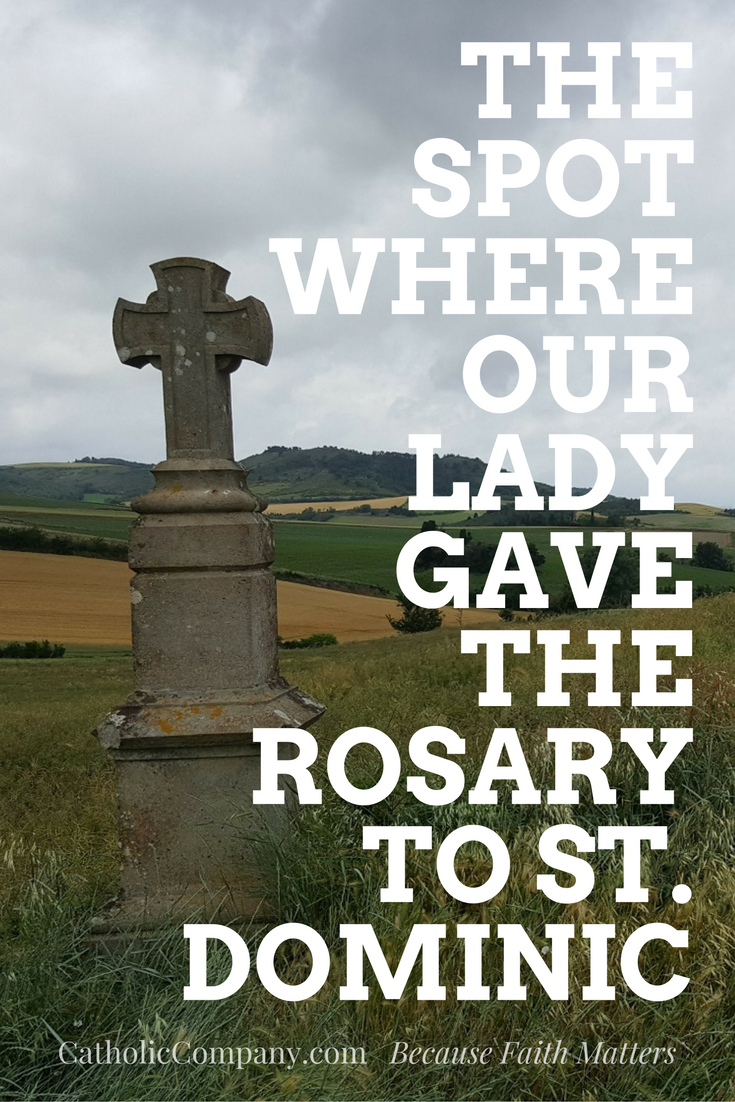 © 2016 The Catholic Company. All rights reserved.