October 16th is the feast day of St. Gerard Majella. St. Gerard Majella is most famously the patron of expectant mothers (see more of his patronages below), and he teaches us all a valuable lesson about being patient in the face of injustice and letting God defend us.

St. Gerard struggled with sickness early in life, and eventually joined the Redemptorists at age 23 despite his poor health. He was known for his piety and devotion to God throughout all facets of his life, even in times of bitter trial. Saint Gerard became the patron saint of pregnant women during an intense period of challenge in his life.

While serving as a Redemptorist lay brother, he was accused of being the father of a pregnant woman’s child.  The woman, being unmarried and finding herself pregnant, accused Gerard of being her lover.  Instead of defending himself and fighting back against her, St. Gerard retreated into silence in the face of his accuser.  Can you imagine biting your tongue to everyone when you have been wrongly accused of something so monumental, that could destroy your life?  The woman, seeing the holiness of Gerard and feeling remorse for the harm she caused him, eventually recanted her accusation and cleared his name.

Because Gerard handled the situation so virtuously, his great sanctity was recognized by all close to the situation. St. Gerard Majella teaches us today to bite our tongue in the face of our wrongful accusers instead of viciously biting back at them. Gerard trusted God to defend his innocence.

St. Gerard Majella is not only remembered for his self-control in the face of adversity, but also his mysticism. He was known to have the spiritual gifts of reading consciences and bilocating.

If someone in your life is pregnant, consider giving her a St. Gerard devotional gift. Introducing her to this powerful intercessor will be a source of God's blessing for them and their baby, which can bring peace and tranquility to what can sometimes be a stressful time.

Because of his heroic virtue in the face of temptation against his virtue and the slander of his moral character, St. Gerard is the patron of :

If you have any stories of St. Gerard's intercession in your life, please share with our readers in the comments below. 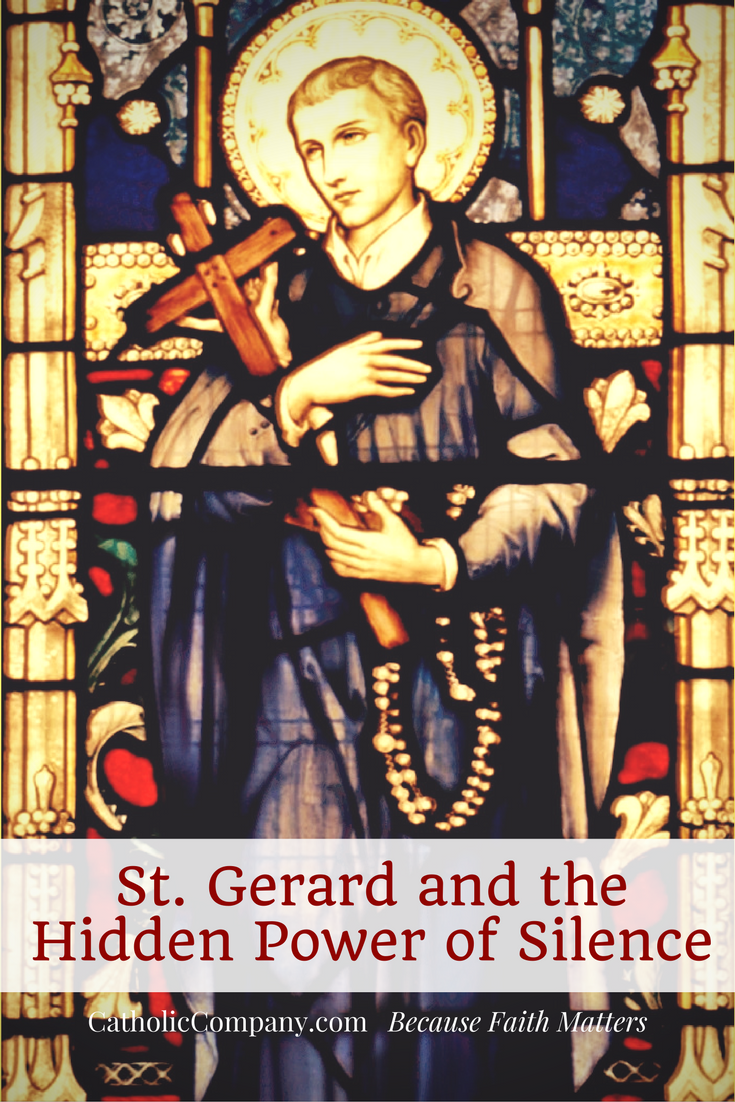 This article has been updated and was first published in 2012. © The Catholic Company. All rights reserved.