Remember the sufferings of Christ, the storms that were weathered...the crown that came from those sufferings which gave new radiance to the faith...All saints give testimony to the truth that without real effort, no one ever wins the crown.
—St. Thomas Becket

St. Thomas Becket was many things in his life: a priest, a royal chancellor, a friend and an opposer of the king; he was an archbishop and, eventually, a martyr.

He has much to teach us about standing firm in our Catholic faith and not yielding in times of trial.

Nine hundred years after his death, Becket is still a good example of what it means to be a truly devout man. The quote at the beginning of this article foreshadowed the “effort” and courage he displayed when he was threatened by King Henry II, and later murdered in his own cathedral. 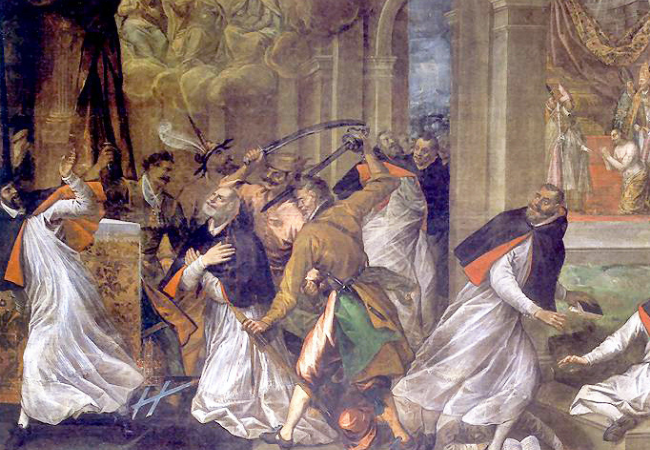 Who Was Thomas Becket?

Thomas Becket was born on December 21, 1120. He grew up in Cheapside, London. His father, Gilbert, was a merchant and allowed Thomas to be exposed to the wealthier pleasures and activities of life. Growing up, Thomas was no saint; he was prideful, lazy, and wild.

He went off to go to school at the age of ten, and then went to Paris at the age of twenty to continue his studies. However, around this time, his family was in financial trouble, so Thomas was forced to find work as a clerk—which paved the future course of his life.

A short time later, Gilbert introduced Thomas to his good friend Theobald of Bec, who was Archbishop of Canterbury at the time. This introduction led to a life-changing job opportunity for Thomas Becket. Theobald soon came to rely on him, and eventually sent Thomas to Rome for many important assignments.

Theobald also helped young Thomas continue his education, inspiring him to study canon law. Impressed with Becket’s work, Theobold made a suggestion to King Henry II that Thomas should be Lord Chancellor.

Theobald died in 1161. Thomas was chosen to fill his position as Archbishop of Canterbury.

"Not Peace, But a Sword"

Thomas, although good friends with King Henry II, soon began to emphasize the importance of the Church’s legal rights against the monarchy’s. This did not bode well for Henry II and began a rift between them.

As problems continued, Thomas resigned as chancellor while Henry II began to gain favor of the other bishops.

When Thomas refused to sign the documents known as the Constitutions of Clarendon—which limited the rights of the the Church—Thomas had to flee to France because he was accused (and found guilty) of contempt of royal authority.

He returned to England in 1170 and later that year, excommunicated three bishops for breaching Canterbury's privilege of coronation of Henry the Young King, the son of Henry II.

Although there is much dispute as to what exactly was said, we are told that—upon hearing of Thomas's excommunication of the three bishops—Henry II exclaimed, "Who will rid me of this troublesome priest?"

Interpreted as an order from Henry II, four knights entered the cathedral on December 29, 1170 and challenged Becket. When he refused to submit to the King's will, they murdered him at the point of the sword. 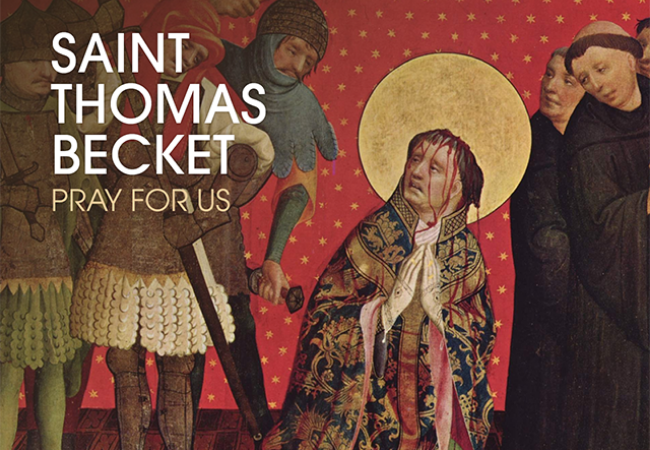 St. Thomas Becket is a saint for our times.

In a world that seems to twist what is good and true, it is inspiring to have an example of what it looks like to stand firm in our faith, even to the point of death. The Lord will give us strength to stand in the face of trials and persevere through struggles and obstacles that may come our way.

St. Thomas Becket, pray for us!