According to popular tradition, one of the most likely origins of April Fools’ Day is the result of the Western world switching from the Julian calendar to the Christian Gregorian calendar in the 1500s. (The Gregorian calendar was named after Pope Gregory XIII, who instituted it in 1582.)

For centuries up until that point, scientific minds had been grappling with how to address problems created by the Julian calendar: a main concern being that, due to imperfect calculations, there was a ten-day difference between the calendar and the perceived reality of seasons and lunar cycles. Why did the Catholic Church get involved? A primary reason is that they were one of the parties most affected by this discrepancy, especially in regards to the calculation of when Easter would fall each year. 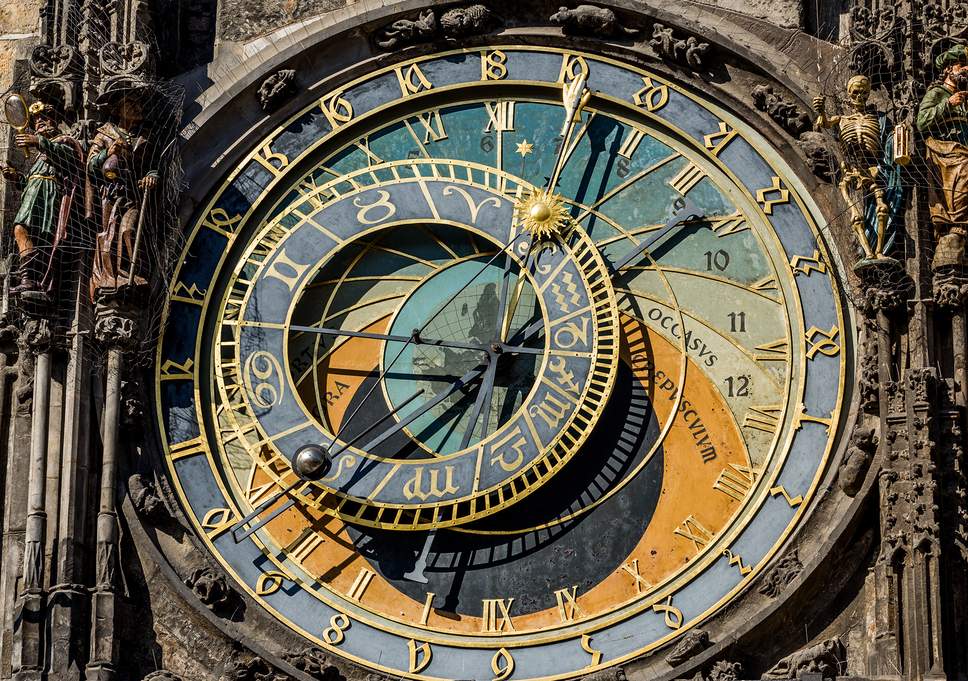 Prague's famous astronomical clock based on the Gregorian calendar

Many people don’t realize that the date of Easter isn’t chosen at random. On the contrary, it’s actually decided using a systematic, scientific calculation based on the Spring Equinox and lunar cycles. Every year, Easter falls on the Sunday after the first full moon that's on or after March 21st.

That works fine and well for us with the Gregorian calendar, but not back when the Julian calendar was being used. Because of the ten-day discrepancy that had been reached over hundreds of years, the date that the Church was choosing for Easter was no longer matching up with actual lunar realities.

Implications of This Worldwide Change

The countries that changed immediately were primarily the historically-Catholic countries and their overseas colonies. An interesting result of the change was that, in those countries that switched to the Gregorian calendar immediately, the days of October 5th-14th were cut out of the calendar year, to “reset” the discrepancy from the Julian calendar.

As well as adjusting the calculations of leap year days and establishing February 29th as leap year day, the new calendar changed the date when the calendar year reset, and became known as New Year’s Day. Previously, New Year’s Day had been celebrated on April 1st. With the introduction Gregorian calendar, January 1st was designated as the beginning of the new year.

As we all know, old habits die hard, and I can imagine that we’d feel pretty messed up for a few years if the world suddenly decided to start celebrating New Years in April instead of the January date we’re familiar with.

According to historians, the practical and traditional confusion created by the switch is highly probable to be the cause of the April Fools tradition. On the first day of the April, if you accidentally celebrated New Years Day, or if someone caught you off guard and convinced you that you had forgotten to celebrate New Years, you would be dubbed an “April Fool.”

It appears that the French in particular took a liking to the trickery and teasing. They were notorious for pranking their family, friends, and neighbors during this time, and for “[placing] paper fish on their backs and [referring to them as] as ‘poisson d’avril’ (April fish), said to symbolize a young, easily caught fish and a gullible person.” (History.com)

Almost 500 years later, people around the world still enjoy lighthearted tricks on April Fools’ Day, and we have Pope Gregory XIII to thank for that!

What has been your best April Fools' Day experience?

Share with us in the comments below and give everyone a good, clean laugh!