Blessed Louis and Zelie Martin, the parents of St. Therese of Lisieux, were canonized by Pope Francis on October 18th, 2015, to coincide with the Synod of Bishops on the Family. Louis and Zelie Martin were models of holiness and piety, and together they saw to it that their children were raised to love and serve God. St. Therese has been called the greatest saint of modern times, and to have her parents—who contributed greatly to her upbringing—also be declared saints is a great testament to the crucial importance of parents in the spiritual and religious education of their children. The role of parents in shaping the souls of their children cannot be overstated. As the Catechism of the Catholic Church emphasizes:

"Through the grace of the sacrament of marriage, parents receive the responsibility and privilege of evangelizing their children. Parents should initiate their children at an early age into the mysteries of the faith of which they are the 'first heralds' for their children. They should associate them from their tenderest years with the life of the Church. A wholesome family life can foster interior dispositions that are a genuine preparation for a living faith and remain a support for it throughout one's life." (CCC, 2225)

Blessed Louis and Marie had nine children together, seven girls and two boys. 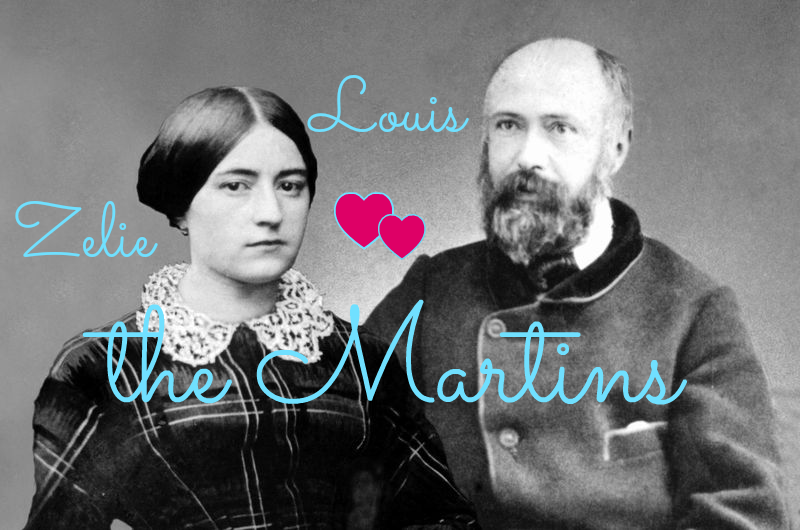 Four of them, the two boys and two of the girls, died as children. Of the remaining five girls, ALL entered religious life. Their youngest child, Marie-Francoise-Therese, became the great St. Therese of Lisieux - and not only a saint, but also a Doctor of the Church.  St. Therese shares stories of her parents in her celebrated autobiography, Story of a Soul. The couple is a shining example of how marriage is a sacrament (a source of divine life entrusted by Christ to His Church) and therefore a path to sanctity and holiness; not only for the parents individually, but also for their children born from their union. 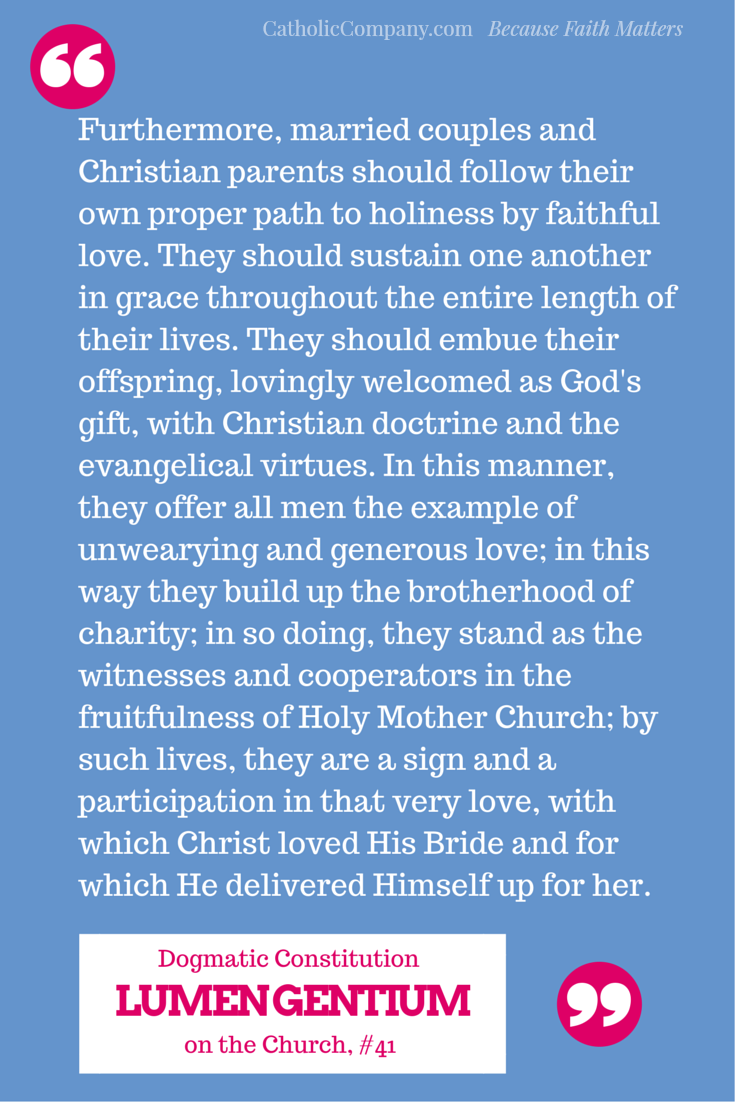 Below is the news of the canonization from Zenit:

Cardinal Angelo Amato, Prefect of the Congregation for the Causes of Saints, informed recently that the parents of Saint Therese of Lisieux – Louis and Zelie Martin —, will be canonized this October, coinciding with the Synod on the Family, which will take place at that time in the Vatican.

“Thanks be to God in October two spouses, parents of Saint Therese of Lisieux, will be canonized,” said the Salesian Cardinal, at a recent meeting organized by the Libreria Editrice Vaticana (LEV) to discuss the topic “Of What Use Are Saints?” stressing the importance of sanctity in the family.

“Saints are not only priests and nuns, but also lay people,” pointed out Cardinal Amato, referring to this exemplary French married couple.

Married in 1858, they had nine children, five of whom followed the religious life.

The 218 letters that are kept of Zelie, written from 1863 until her death in 1877, record the rhythm of life with the War of 1870, the economic crises, and the births and death of their four babies.

Daily Mass at 5:30 am, Angelus and Vespers, rest on Sundays, fasting during Lent and Advent — but also jokes and games, as Louis liked to fish and play billiards.

They invited poor people to dine in their home and they visited the elderly. They also taught their daughters to treat the underprivileged as equals.

Zelie died of a very painful cancer at 46. Louis was left with five very young daughters: Marie, Pauline, Leonie, Celine and Therese, who was only four and a half years old but who always remembered her Mother as a Saint. Louis died in 1894, after suffering a serious mental illness.

Benedict XVI beatified both parents on October 19, 2008. Their canonization will be the first joint canonization of a married couple. Many have proposed their life of daily holiness as a model for our time.

Louis and Zelie Martin are the parents of Saint Therese of Lisieux, Patroness of the Missions and one of the most loved Saints by Pope Francis. St. John Paul II proclaimed her Doctor of the Church in 1997.

Sts. Louis and Zelie Martin are a wonderful example of heroic virtue and a reminder that marriage is a Sacrament. God pours his grace into marriage and lifts it up from something merely natural into a path of sanctification by which we prepare for heaven and become holy. They will be the first ever married couple to be canonized together. You can read more about their life together here. You can also view this video produced at the time of their beatification in 2008:

Thanks be to God who always gives us the saints we need for our time, when marriage and the family has been subject to such tremendous attack. Undoubtedly this is why the Vaticanchose the date for their canonization to coincide with the Synod on the Family.  Sts. Louis and Zelie Martin, pray for us!