St. Anthony of Padua is known as the Patron Saint of lost items, and for good reason!

In the 13th century, during his days as a Franciscan preacher, St. Anthony used to carry a precious copy of the book of Psalms, which also included many of the notes and reflections he used for preaching. One day, a disgruntled follower decided to leave the Franciscan order...and take St. Anthony's prized book with him!

Reasonably so, St. Anthony was distraught; there was no feasible way for him to track down this young man. St. Anthony decided to pray for the man to have a change of heart and return his treasured book.

Not only did the man experience a wave of guilt strong enough to make him go back and return the book, but he also had an interior conversion and decided to remain in the religious order. After Anthony's death, this incredible story inspired the faithful to begin asking for his intercession for lost items and wayward souls. 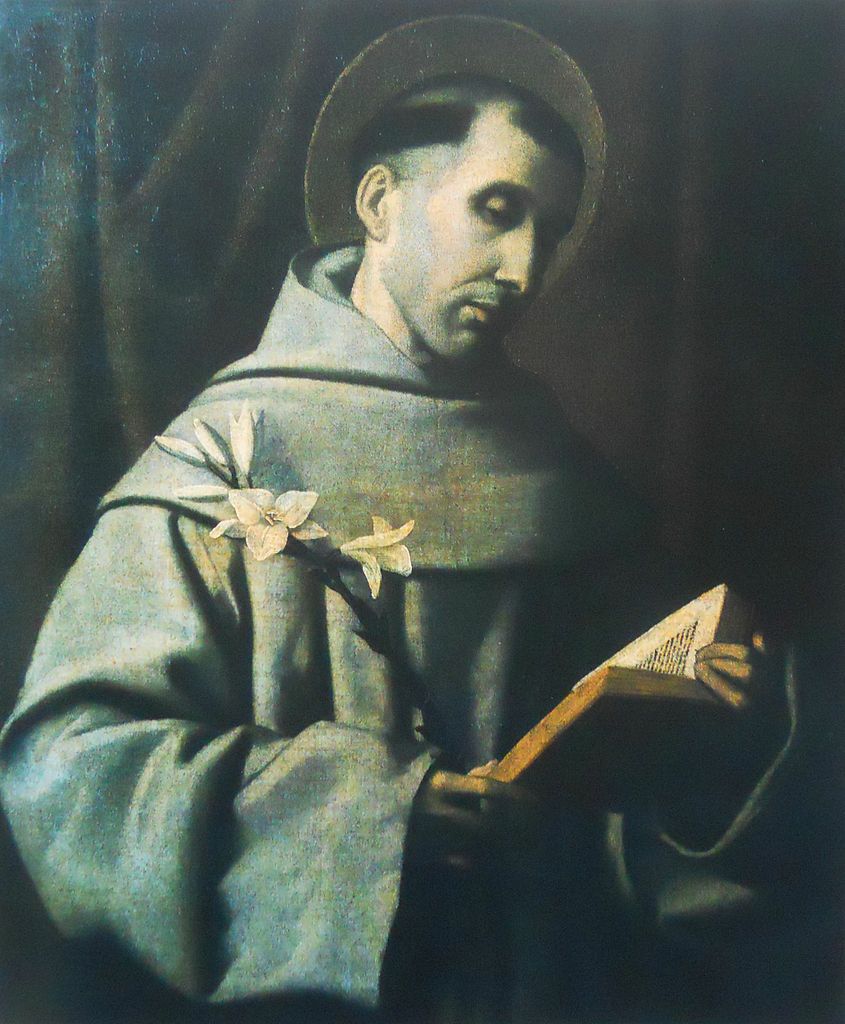 We recently asked our employees and followers for their favorite stories of St. Anthony’s intercession. While your stories showed us that St. Anthony can find just about anything, we noticed that he seems to be particularly skilled at finding diamond jewelry.

There were enough of these stories that we decided they needed their own post!

From Debbie - My husband lost his wedding band on our 6 month anniversary - on a muddy, leaf covered rugby field. He got hurt in the game and had to go to the hospital, so we could not look for the ring until the next day, after many people were walking in the area. We went back with a metal detector but had no luck. After about 30-45 minutes of searching we were about to give up - certain that someone else had already found it, and that we would have to get him a new one. Before we left, we prayed to St. Anthony, and less than 5 minutes later I saw the sun shine on it! Thank you St. Anthony!

From Susie - One day we were visiting my Aunt Bea and noticed that her beautiful diamond ring was missing. We looked everywhere in the house but couldn't find the ring. Of course we called on St. Anthony for help...That night I had a dream that I was vacuuming by my aunt's chair and saw something shiny get sucked up in the vacuum. I woke up startled and immediately went to the kitchen and checked the vacuum bag. Right on top of the dirt in the bag was Aunt Bea's ring. It still makes the hairs stand up on my arms when I recall that night.

From Lisa - While doing a Candle Walk in the Flint (Michigan) Cultural Center I noticed that the diamond in my wedding ring was missing. I had visited many buildings, and thought it was gone for good. I found it: in the pocket of my coat! Thank You, St. Anthony!

From Val - A couple weeks ago, the diamond from my anniversary ring disappeared on a Wednesday. The next two nights I was busy cooking in my kitchen in preparation for a get together at our home. I never saw anything out of place on our kitchen counter during that time. On that Friday, I was setting out food for our guests, and there on the counter was the diamond from my ring. This is truly because of St. Anthony and God!

From Betty - One time the diamond fell out of my engagement ring. I noticed open prongs as I was putting dirty laundry in the washer. I immediately stopped the washer so that I could filter the water as I drained it out and check for it there. No luck. I went back in and called the supermarket where I had just bought groceries. I went into the den to tell my mother-in-law. I went back to the drain at the laundry room, and prayed to Saint Anthony. When I came back to the den again I found the diamond sitting on the coffee table over the den floor, which was carpeted with shag carpet! I can only feel that it was St. Anthony who picked it up out of the carpet and laid it on the coffee table for me to find.

From Jessica - Grandma lost her ring, and we thought it was stolen at the nursing home. Months later, after lots of prayer to St. Anthony, we did a load of laundry and there it was! It turns out that in a bit of a confused state, Grandma Lois had hidden the wedding ring for safekeeping and forgotten about it! - Jessica

From Mary Clare - My whole family was in town, and we'd just been to New Year's Day Mass. We were driving home when my sister looked down and realized the diamond was missing from her wedding ring. We didn't remember when we last saw it in the ring, so it could've been anywhere. After about an hour of searching everywhere in the car, the diaper bag, the lawn outside my parents house, we decided it was about time to call it quits. My mom prayed the St. Anthony prayer, and at that exact moment my dad, my sister, and I happened to look down at the driveway at the same time and saw a tiny glimmer in a crack in the pavement. We looked closer, and sure enough - there it was! The odds of finding a small and perfectly clear diamond somewhere when we didn't even know where to look were so slim. Thank you St. Anthony!

Has St. Anthony ever helped you find your lost diamond or wedding ring? Share with us below!