Fun Facts About Catholics and Coffee

We coffee lovers just knew there had to be a connection between coffee and Catholicism. Actually, there are lots of connections!

Capuchin Cappuccinos
What do friars and coffee have in common? The beloved frothy beverage known as a “cappuccino” takes its name from the brown habits worn by Franciscan friars. The Italian word for their cowl, or hood, is cappuccio.

Coffee’s Patron Saint
Tradition says that St. Drogo, patron saint of coffee, remained at prayer when the church beside his cell burned down, leaving him unharmed. Perhaps this explains his patronage. You could say that he was tempered by fire, but better because of it—just like roasted coffee beans!

The Pope’s Drink
When coffee first came to Europe, it was greatly distrusted and called “the devil’s drink.” It was a dark, bitter brew that had strange energizing effects upon those who drank it. But legend tells us that Pope Clement VIII tasted coffee and blessed the beans, declaring, “This Satan’s drink is so delicious that it would be a pity to let the infidels have exclusive use of it.”

The Catholic Exporters
Brazil is home to 123 million Catholics, the largest Catholic community in the world. This fascinating country has also been the largest coffee exporter for over 150 years, producing 30% of the world’s coffee.

Here at The Catholic Company, we make the connection between coffee and faith every day. We roast our own Catholic Coffee right here in Charlotte, NC, with varieties that honor our Faith and beloved saints. Do you want a refreshing light roast? Then pick up St. Thérèse’s brew. Or maybe you prefer something strong and formidable—like St. Michael’s dark roast, or St. Joan of Arc’s French roast! Do you prefer a crowd-pleasing medium roast? Then St. Peter’s roast is just right for the parish social. All available at Catholic Coffee today! 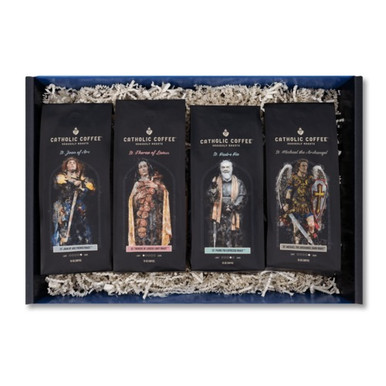 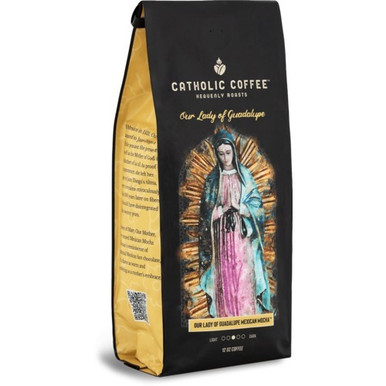 What is the St. Andrew’s Novena?

Why do Catholics confess their sins to a priest?

Which saints were also wives and mothers?

In terms of modern-day countries, where did the events of the Bible take place?

What is a “wayside shrine”?

Can you name the twelve fruits of the Holy Spirit?