How did the Church use the arts to teach the Faith in a time of confusion?

Did you know that many of the sacred art masterpieces we know and love were actually intended to be a visual catechism?

A lot of theological and moral fallacies began to crop up in Europe after Martin Luther published his Ninety-Five Theses, some of which were heretical.

The Church held the Council of Trent from 1545-1563. The decrees and edicts of that Council would form the core of her response to the errors of Protestantism. Among many other things, the Council reaffirmed the relationship between faith and art—in fact, art as a means of evangelization would play a large role in her correction of the Revolt.

One notable participant was the young Bolognese painter Annibale Carracci. His Baptism of Christ is a wonderful example of what the Church was trying to accomplish through her patronage of the arts. Take a look at his stunning painting below:

We immediately see a visual teaching both of Baptism as a necessary Sacrament and of infant Baptism in particular: a newly-baptized neophyte on the left side of the painting puts on his white robe, and in the background, we see a mother bringing her infant child to be cleansed in the waters of salvation.

In her book How Catholic Art Saved the Faith, Elizabeth Lev points out that the humility of Jesus was put forward as a countermand to the pride of those who revolted against the Church Christ founded:

This humility, a fundamental element in recognizing oneself as a follower of Christ, became an iconographic fixture in images of Jesus’ Baptism.

Turning our attention to the central figures of Jesus and John the Baptist, we see the profoundly humble stance of Our Lord: He is in a half-kneeling position, His Head bowed, His eyes downcast, His demeanor reminiscent of portraits of Our Lady in the Annunciation. He is the very picture of humility, obedient to customs that He—being God Himself—had no need to follow.

Carracci produced many other beautiful paintings and is just one of a host of artists who contributed their talents to what Elizabeth Lev calls “the Catholic Restoration.” Dive into How Catholic Art Saved the Faith and immerse yourself in art that stands not only as some of the most technically spectacular of all time, but also as a beacon of beauty and truth in a time of confusion, ugliness, and error. Pick up your copy here. 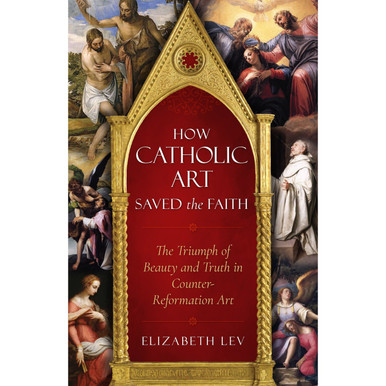 How Catholic Art Saved the Faith 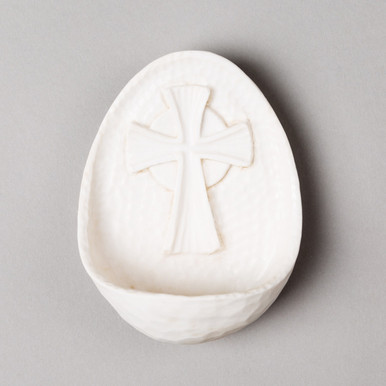