The heroic life and death of an Auschwitz martyr

July, 1941. A prisoner had escaped from the Auschwitz concentration camp. To discourage anyone from doing the same, the German authorities selected ten men who would be starved to death in a bunker.

One of the ten cried out, “My poor wife; my poor children!”

Then Prisoner 16670 (better known to us as Fr. Maximilian Kolbe) volunteered to take the place of this husband and father.

Once in the starvation block, Maximilian Kolbe led the dying men in prayer, rosaries, and hymns, offering the light and hope of Christ to those condemned to a horrific death. After two weeks of water and food deprivation, he was the last survivor. The camp guards had to give him a lethal injection to finish him off.

Maximilian Kolbe was born in Poland in 1894. When he was only twelve, he received a vision of Our Lady. She offered him a choice of a white crown symbolizing purity of life or a red crown symbolizing martyrdom. The future saint asked for both.

He entered the novitiate of the Conventual Franciscans in 1910, taking the name Maximilian. He studied in Rome and earned two doctorate degrees, one each in philosophy and theology. It was here that he began avidly promoting consecration and devotion to Our Lady, founding the Militia Immaculata (“Army of the Immaculate”) in 1917, and working for the conversion of sinners and the enemies of the Church—Freemasons in particular.

He was ordained a priest in 1918 and returned to Poland soon after. One of his major works as a priest was in the realm of publishing. He began a monthly newspaper, Knight of the Immaculata, in 1922. In 1927, he founded a new monastery at Niepokalanów near Warsaw, which grew from 18 to 650 friars and became a major religious publishing house.

But the dark clouds of World War II were gathering.

After Germany invaded Poland in 1939, Fr. Kolbe remained at his friary, offering shelter to thousands of refugees from Greater Poland, including Jews who were fleeing from the Nazis. He was able to continue his publishing work to a limited degree, included publishing anti-Nazi content.

But in February of 1941, Kolbe and some others were arrested. He was sent to Auschwitz in May, and on August 14th, he embraced a martyr’s death.

Pope St. John Paul II, the Polish pope who survived both World War II and the ensuing reign of the Soviet Union, canonized his fellow countryman on October 10th, 1982. Present was Franciszek Gajowniczek, the man Fr. Kolbe had died to save.

Dive into the rest of this captivating story, retold in André Frossard’s book Forget Not Love: The Passion of Maximilian Kolbe. Here you will learn everything about the man whom John Paul II called a “martyr of charity” and “the patron saint of our difficult century.” Pick up your copy here. 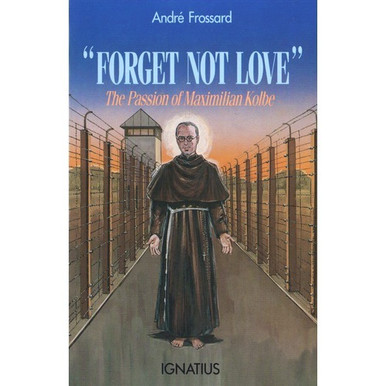 Forget Not Love: The Passion of Maximillian Kolbe 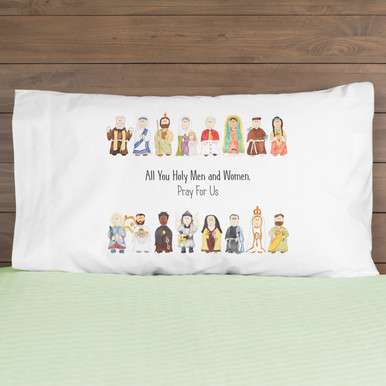 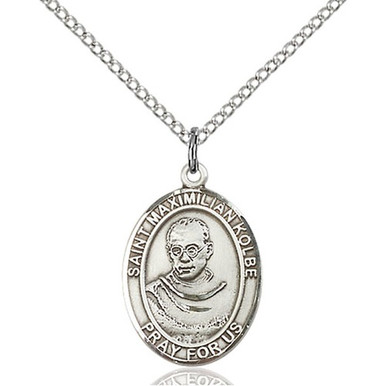