How can paintings such as the Coronation of the Virgin inspire us?

In the early Gothic period around the 12th century, the faithful were growing in devotion to Mary. This strong devotion to Mary inspired an abundance of art depicting Mary’s coronation as Queen of Heaven. For several centuries, many artists painted their own versions of the Coronation of the Blessed Virgin. Gentile da Fabriano is one such artist.

In earlier depictions of the Coronation, Jesus and His mother are standing side by side or seated on thrones with angels accompanying them. Later depictions portray God the Father sitting beside His Son with the Holy Spirit between them, and Mary kneeling in front of the Trinity.

A Baroque version of the Coronation of the Virgin theme, by Peter Paul Rubens, painted 1625

By the 15th century, during the High Renaissance, many artists developed more individualistic and unique depictions of Mary’s Coronation, creating their own interpretations rather than following the former depictions. At this point, the depiction of the Coronation was often combined with a scene of the Assumption, so that as Mary is being crowned, a group of Apostles are at the bottom of the painting, gazing upward at her Coronation.

Gentile da Fabriano’s Coronation of the Virgin was painted in 1420. In this painting, Jesus gently places a beautiful crown on His Mother’s head as angels watch from both sides. Gentile da Fabriano used many different types of tools and materials to create unique patterns that depict tapestry-like backgrounds.

Sacred art is impactful because it can help us understand the mysteries of our faith and imagine and reflect on events that we have trouble picturing on our own. Through viewing and reflecting on the Coronation of the Virgin, we are able to see how her queenship is a theological reality, not merely a nice idea.

You, too, have the opportunity to reflect on Our Lady’s queenship by keeping your own version of this artwork in your home. The Catholic Company sells exclusive prints of Gentile da Fabriano’s Coronation of the Virgin, set in a gold frame that matches the colors, patterns, and techniques Gentile da Fabriano carefully chose for his piece. You can get your own print for your home here. 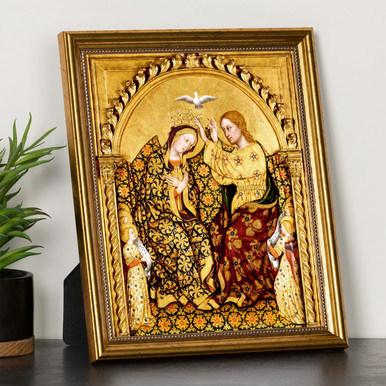 Coronation of the Virgin Framed Print 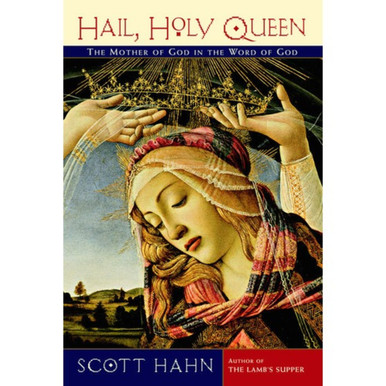 Hail, Holy Queen: The Mother of God in the Word of God

Coronation of the Virgin Rosary

What was the “Miracle of the Orient”?

Where in the Old Testament do we find St. Mary Magdalene?

What are the different “classes” of relics?