What does IHS mean?

We often see the letters “IHS” emblazoned on various objects in our churches and homes. What do these letters stand for?

As Catholics, the IHS Christogram is wonderfully ubiquitous. It is inscribed on the frontispieces of altars, on church doors, on paschal candles, on books, on medals, and more. It is often portrayed as the center of a burning sun, with glorious rays bursting forth from it.

Who is responsible for bringing the IHS into the center of Catholic devotional life? For this task, Our Lord employed that great apostle of His Holy Name, St. Bernardine of Siena—whose feast we celebrate today!

Bernardine was a Franciscan priest who, commissioned as a preacher, traveled all over Italy and became famous for his wonderful sermons. At that time in Italy, conflicts among rival families and factions in cities were common. Bernardine employed the IHS symbol as a way to calm sectarian strife, encouraging his listeners to replace the factional symbols on their homes, churches, and buildings with IHS. When he preached, he kept before him a tablet emblazoned with this Christogram, one that had sunrays bursting forth from the holy letters.

Bernardine’s enemies tried to use his fervent devotion to the Holy Name (and use of the IHS tablets) as material against him. They accused him of encouraging idolatry, which led to a case that was presented to Pope Martin V. St. Bernardine’s disciple and fellow preacher, St. John of Capistrano, was tasked with defending him before the Holy Father. The pope then became so convinced of Bernardine’s innocence that he asked him to preach in Rome!

St. Bernardine’s devotion to the Holy Name and his promotion of the IHS Christogram played a major role in reviving the Faith in 15th-century Italy.

You can continue St. Bernardine’s mission by proudly displaying the IHS symbol in your home or workplace. Pick up a colorful mug, with the IHS Christogram and optional personalization, right here at The Catholic Company! 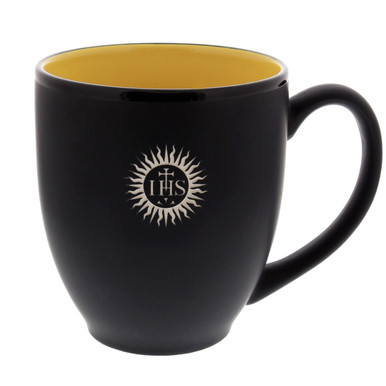 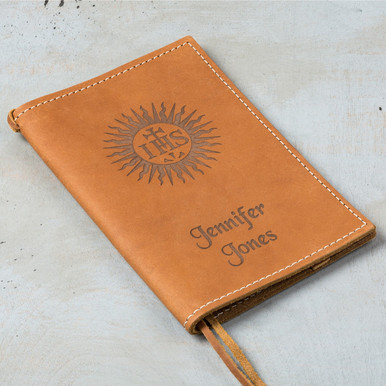 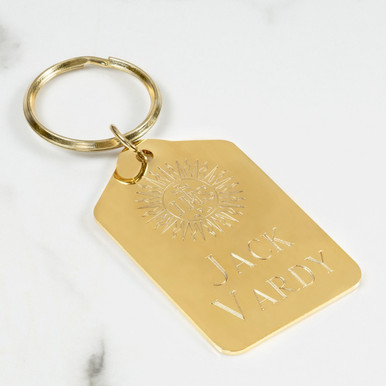 What are the “floral carpets” of Corpus Christi?

What are “Jesus Beads”?

What is the “Surrender Novena”?

Why is St. Anthony the patron saint of lost items?

When did Christians first start making the Sign of the Cross?