Every year, a division of army paratroopers give a special nod of recognition to St. Michael the Archangel during their intense annual training.

Nearly all branches of the United States military have a patron saint. St. Michael is the patron saint of the military at large, as well as the patron of airborne forces like the Air Force and paratrooper divisions.

Every year, in an event spearheaded by the division’s chaplains, 400 paratroopers of the 82nd Airborne Division come together at Fort Bragg to give tribute to their archangel patron through their annual “St. Michael’s Jump.” Their goal: to honor St. Michael by modeling his courage and zeal in flight.

This military jump provides crucial practice for real-life operations during combat. St. Michael’s protection and intercession is important to the group both in training and in the field.

Leading up to their jump day, the paratroopers participate in a “spiritual fitness event” led by their battalion chaplains, which serves as part of their qualification for St. Michael’s Jump. On the big day, the soldiers prepare their equipment and board their fighter planes near the Sicily Drop Zone, a training area in North Carolina.

Once the planes enter the training zone airspace, the paratroopers take their fearless leap! After everyone reaches the ground safely, the soldiers have a chance to gather as a group for a special devotional time, as well as spend time with their families on the drop zone.

An authentically-Christian lifestyle incorporates the Faith into everything we do. For the Paratroopers of the 82nd Airborne Division, integrating their faith into their service includes honoring their patron saint, asking for both his spiritual intercession to shield them from spiritual warfare during combat and his protection from physical harm. 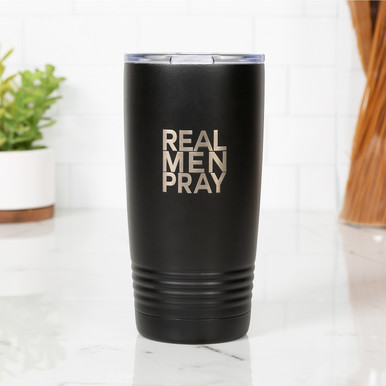