Through the invocation of this Holy Name, the Church was protected from the Muslims in 1683.

The Ottoman Empire was vast. Touching all five major seas of Europe—the Mediterranean, Caspian, Black, Red, and Arabian Seas—it stretched along the top of Africa, down into the Arabian Peninsula, and engulfed modern-day Turkey and Greece.

How had this empire become so huge?

For nearly 400 years, the initially tiny kingdom had aggressively invaded and subjugated its neighboring countries.

Now, it had just swallowed Hungary but, encountering a sharp repulse from Poland, it turned to attack Vienna, the heart of the Hapsburg empire and the key into Western Europe.

When the siege began in July of 1683, the Hapsburg emperor fled his city.

But Pope Innocent XI knew this was not a time to succumb to fear, and leapt into action. He immediately appealed to King Jan Sobieski of Poland, the same who had been victorious over the Turks a few years earlier in Podhajce.

King Jan set out for Vienna in August with a vastly outnumbered force—in fact, the Ottoman army was four times the size of the Polish troops.

As he passed the shrine at Czestochowa, King Jan invoked Our Lady’s intercession and aid.

Then, just before the battle on September 12th, he and his troops prayed the holy rosary by Innocent XI’s request.

A depiction of the Battle of Vienna by Frans Geffels

By evening, the Ottomans were completely routed and fled the Hapsburg empire.

When Innocent XI learned of the Ottomans’ miraculous defeat, he attributed it to the Name of Mary and declared that the Sunday after her Nativity would be dedicated to her Holy Name.

This devotion had been practiced in Spain for about a century, traditionally on the octave day of Our Lady’s Nativity in correlation with the Holy Name of Jesus.

However, it became a movable feast due to Innocent XI’s decree until 1908, when Pope Pius X declared that it could be celebrated on the actual day of the battle.

Remind yourself of the power of the Holy Name of Mary with our beautiful Ave Maria Glass Keepsake Box. The lid features the “Auspice Maria”—the symbol of Our Lady’s Name—while the clear glass and mirrored base add a touch of beauty and elegance. Perfect for your rosary or other keepsakes, and you can even personalize it to make it your own. Available today at The Catholic Company! 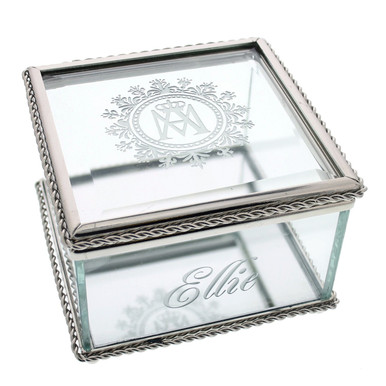 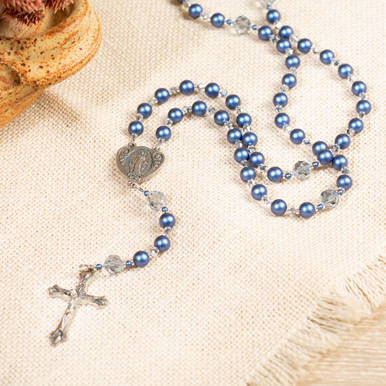 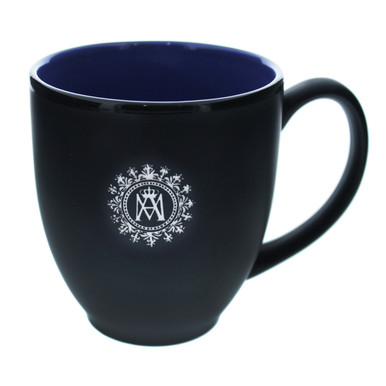