What is the Sleeping St. Joseph?

Why is the statue of a sleeping St. Joseph so popular?

Have you ever heard of the devotion to “Sleeping St. Joseph”?

The Gospel tells us that St. Joseph was going to divorce Mary quietly after he learned that she was pregnant. But an angel of the Lord appeared to St. Joseph in a dream, telling him to not be afraid, that Mary would give birth to the Savior: Jesus Christ. God was entrusting Joseph with His greatest treasures: Mary and the Baby Jesus.

St. Joseph’s faithfulness to God’s will helped bring our Savior into the world. The image of St. Joseph as he’s sleeping is a powerful reminder of his peaceful surrender to God’s plan for his life.

Pope Francis has owned a Sleeping St. Joseph statue for several years, and brought it with him from Argentina to the Vatican when he became pope. He explained that whenever he has a problem or special prayer, he writes it down and places it underneath the Sleeping St. Joseph. St. Joseph takes care of the intention while the pope rests.

Catholics around the world have adopted this practice and bought their own Sleeping St. Joseph statues in order to ask St. Joseph for his intercession in the midst of life’s difficulties.

We should always remember St. Joseph’s whole-hearted “yes” to God’s will, even when it wasn’t what he himself had planned or imagined. St. Joseph exemplifies total submission to God in the midst of uncertainty. When we honor the Sleeping St. Joseph statue, we are trusting St. Joseph to intercede for us—and trusting that God will handle our problems while we rest.

Get your own Sleeping St. Joseph statue here and write down prayer intentions to place under the statue before you go to sleep. 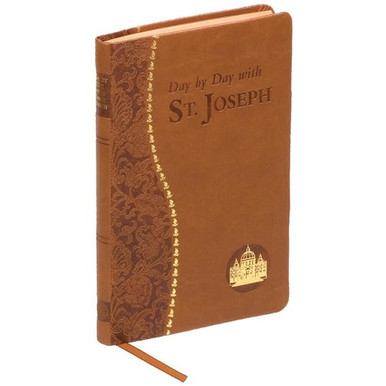 Day by Day with St. Joseph 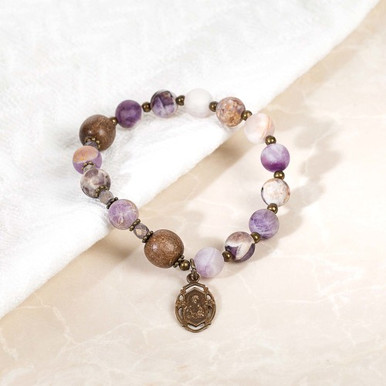