This famous Czech devotion has its roots in…Spain.

It was a little painted statue. It stood a foot and a half high, was dressed in exquisite court dress, and cherished as an heirloom wedding gift. It came from Spain during an early spread of devotion to the Christ Child.

In the 17th century, a Spanish noblewoman named Isabel Manrique gave this little statue to her daughter Marie when Marie married a Czech noble. Marie gave it, in turn, to her own daughter Polyxena when the latter married.

Polyxena treasured it for many years, but at last gifted it to the Carmelite monastery of Our Lady of Victory.

Shortly afterward the Czech kingdom was invaded by the Saxons, forcing the Carmelites to flee their monastery. The statue of the Christ Child, damaged and tattered, was left behind in the ruins of the church.

Ten years later in 1638, a Carmelite priest found it. He took it to his church in Prague and displayed it by the altar.

Suddenly, as he knelt in prayer before it, the statue spoke, saying:

The priest, who did not know how to repair such a statue, prayed for help. One day, a man came to the sacristy and offered to fix the statue’s hands.

After this, many miracles were reported to have been wrought through the statue, and devotion to the Christ Child increased all the more.

Many saints, such as Thérèse of Lisieux and Francis of Assisi, were greatly devoted to the Infant Jesus. Nurture love for the Child Jesus in your own home with the help of our Infant of Prague Statue. Just under eight inches in height, this statue is, nonetheless, alive with ornate detail from crown to pedestal. A treasure that can become your family heirloom. Bring yours home today! 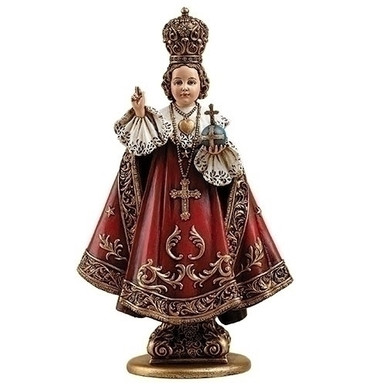 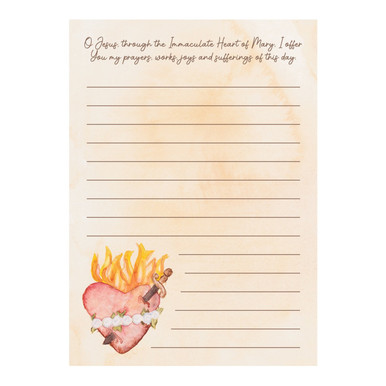