…the “Sword of St. Michael” is an invisible line that links seven of the world’s most significant sites dedicated to him.

The line begins in Ireland and stretches all the way to Israel. It’s an incredibly straight, tidy line and measures somewhere in the neighborhood of 3,000 miles.

Let’s take a quick tour of its holy sites.

2. Cornwall, UK – St. Michael’s Mount. The holy Anglo-Saxon King St. Edward the Confessor gave this place on the tail-tip of Cornwall to the monks of Mont Saint-Michel Abbey in Normandy, who sent a band to establish the new community. Like the French original, it is regularly cut off from the mainland by tides.

3. Normandy, France – Mont-Saint-Michel. Speaking of the French original, that’s our next stop! According to legend, St. Michael instructed a local bishop to build a monastery on this rocky mount in the 8th century. Today, 3 million people visit this instantly-recognizable site every year.

4. Turin, Italy – Sacra di San Michele. A stop for pilgrims on their way to stop #5, this shrine was founded about the year 1000 A.D. by the Benedictines in the breathtaking Italian Alps. (Their website has some incredible videos and images! https://sacradisanmichele.com/)

5. Monte Sant’Angelo, Italy – Sanctuary of St. Michael. This famous shrine is located underground, in a cave where the Archangel appeared in the 5th century—his earliest appearance in the western world. Revered by saints, popes, and countless pilgrims through the ages, it is located close to San Giovanni Rotondo, whose great saint—Padre Pio—was among its devotees.

6. Panormitis, Greece – Monastery of Taxiarchis Mihail Panormitis (“Michael the Commander of the Bodiless Armies”). Located on the island of Symi, this sanctuary was founded in the 5th century and contains a giant (two meters high!) icon of the saint. They say this icon was moved several times but always miraculously came back to its original location.

7. Mount Carmel, Israel – Stella Maris Monastery. The Carmelite Order began on Mount Carmel in the 13th century, but prayer warriors resided there long before that. It has been a holy place since biblical times (Elijah performed his famous contest with the pagan priests here back in the 9th century B.C. See 1 Kings 18:20-40). It does not have a sanctuary specifically dedicated to St. Michael, but its profound sanctity, holy history, and connection to Elijah (another great warrior of God, who is represented by a flaming sword in the Carmelite coat of arms) make it a fitting finale to this transcontinental pilgrimage.

Can you imagine visiting ALL SEVEN in a row? Now that would be one epic journey! They really should have an award for that. Do you think you could do it?

While you’re thinking about that, you can celebrate St. Michael and the places dedicated to him with our exclusive St. Michael Story Mug. Featuring the prayer to St. Michael along with beautiful, scrapbook-style images related to the Saint—including a photo of the great Mont-Saint-Michel—this mug will be your morning reminder to keep the Commander of the Heavenly Hosts at your side. Don’t forget some delicious St. Michael Dark Roast Catholic Coffee to put in it! Available today at The Catholic Company! 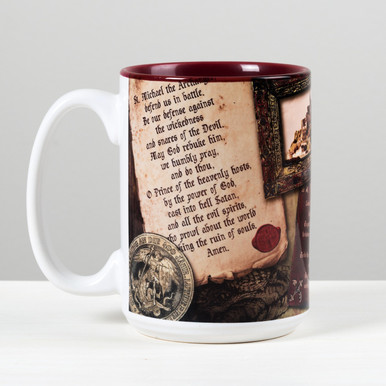 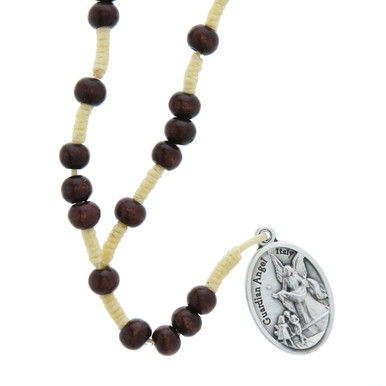 Do we know anything about Mary’s early life?

A new take on a beloved Advent tradition

Which veteran-saint do we celebrate on Veterans Day?