Today, we celebrate the feast of Sts. Louis and Zélie Martin, the first married couple to be canonized as saints together. What was their background before they became saints?

For over two thousand years, the Catholic Church has given birth to incredible holy men and women who show us how to live for Christ on earth. We have heroic saints like Maximilian Kolbe and saints with incredible conversion stories like Augustine.

But we also have saints whose lives are quieter and more ordinary. These men and women show us that it’s possible for each one of us to become saints in our current walks of life.

Sts. Louis and Zélie Martin were the parents of St. Thérèse of Lisieux, one of the most beloved saints of our lifetime. They teach us how we can achieve holiness through faithfulness to our ordinary family lives.

Both Louis and Zélie believed they were called to religious life until they individually realized that it was not their vocation. The two met in 1858 and fell in love, marrying three months after they began their relationship.

Of course, family life is filled with both joys and sufferings—and Louis and Zélie experienced the same. From child loss to running a business while raising five children, Louis and Zélie are some of the most relatable saints in recent history, because they dealt with the same struggles many of us face every day. Zélie died from breast cancer in 1877, leaving Louis to raise their young family. Louis died in 1894 after living the life of a strong and loving father.

What’s inspiring is that Louis and Zélie succeeded, by the grace of God, in giving their children a deep love for the Faith. Their five daughters entered religious life, and all of them are now saints, blesseds, or servants of God.

While raising a saint is certainly an accomplishment, Sts. Louis and Zélie Martin were holy in their own unique ways. As the patron saints of marriage and parenting, they are an ideal for what it means to build the Domestic Church.

While most saints’ feast days are celebrated on the date of their death, Louis and Zélie’s feast day is on their wedding anniversary! Louis and Zélie were married on July 12, 1858, exactly 163 years ago today.

Louis and Zélie Martin show how the home and the family are where we grow in holiness. If you are looking for a step-by-step guide to make your home a reflection of the Domestic Church, we recommend you check out the Good Catholic Series Catholic At Home, a 21-day series to help you grow in holiness through habits and practices that you can implement in everyday life. Subscribe to this series here.

Sts. Louis and Zélie Martin, pray for us! 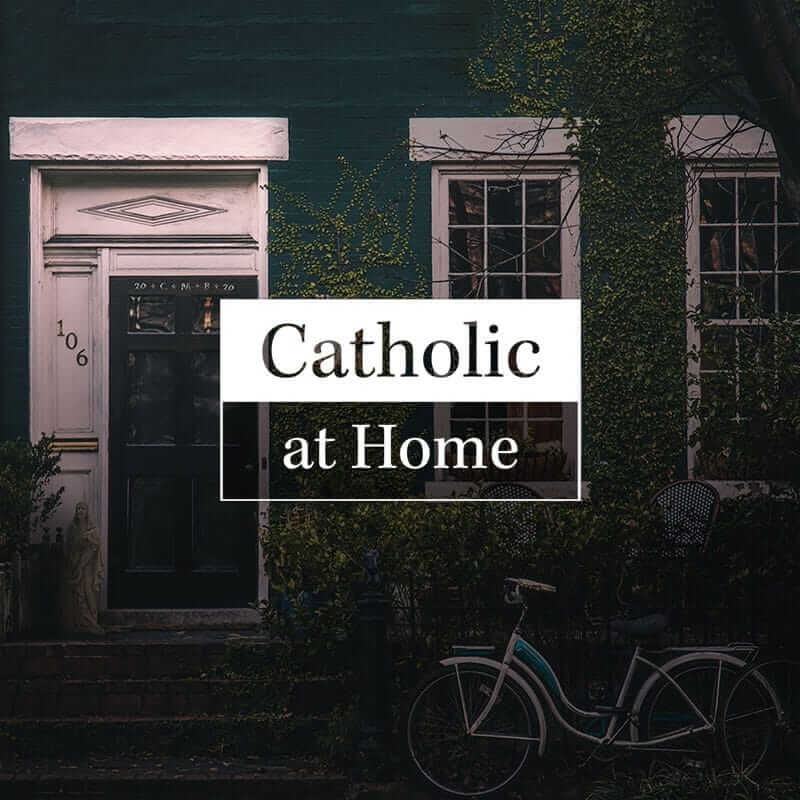 A Family of Saints: The Martins of Lisieux – Saints Therese, Louis, and Zelie

Theology Of Home – Finding the Eternal in the Everyday

What are First Fridays and First Saturdays?