Which is the original image of the Divine Mercy?

There are several popular versions. Which one was done under the direction of St. Faustina?

You’ve probably seen several renditions of the image of the Divine Mercy. Which one, you may ask, is the original? Is there one in particular that we should use for personal devotion?

The original painting, painted by Eugene Kazimirowski in 1934 under the direction of St. Faustina herself, is this one:

Despite Faustina giving continued directives to the artist as he progressed with the painting, it did not meet her expectations. She wept to the Lord, saying, “Who will paint You as beautiful as You are?”

Jesus’ words in response to her sorrow are quite telling:

“Not in the beauty of the color, nor of the brush is the greatness of this image, but in my grace.”

Our Lord therefore made it clear that her efforts were sufficient, and that the important thing was the Mercy represented by the image—not the perfection of the rendition itself.

In subsequent decades, two other artists made attempts to create an image closer to St. Faustina’s particular instructions. You’ll recognize them both. One was painted by Polish artist Adolph Hyła in 1943.

The other was painted in 1982 by Robert Skemp.

All of them, beautiful as they are, fall short of Faustina’s visions, and in any case, it is impossible to do justice to God Himself with human hands. But all three are approved for display in churches and use by the faithful, so you can choose the one that is most meaningful to you. Which is your favorite?

Here at The Catholic Company, you can find a devotional image of the Divine Mercy for your home, office, or prayer space—we carry all three versions! This Divine Mercy Gallery Wrapped Canvas displays Hyła’s version (Editor’s note: this is my favorite!) and comes in a variety of sizes. The canvas wrapping gives it the elegant look of an original painting. Available today at The Catholic Company! 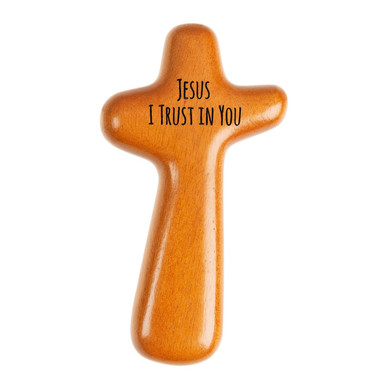 Jesus I Trust in You Comforting Palm Cross 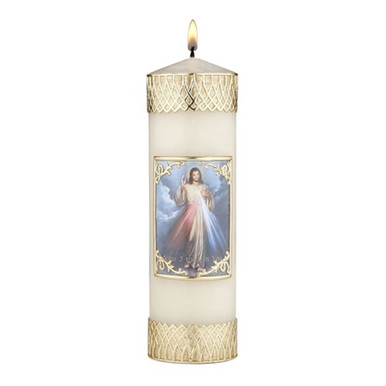