Who converted 200 Americans in a POW camp?

Abandoned by his own father, this heroic chaplain never left his flock.

The ship was sinking rapidly, mortally wounded by an American torpedo. Chaplain LaFleur knew he had to get the men out, but there was only one way out: through the hatch he had opened onto the deck.

So he boosted men, one after another, out of the hold and up on deck. 83 survived the attack, but no one ever saw Fr. Joseph LaFleur again. He died as he had lived—making a total gift of himself.

Born in 1912 near the Cajun country of Louisiana, Joseph was the youngest of seven children and didn’t have an easy childhood. His father abandoned the family when Joseph was a child. His mother worked where she could and grew a garden to support her family.

Joseph knew early on that he wanted to be a priest, and was ordained in 1938. He only had one parish assignment: St. Mary Magdalene Church in Abbeville. He was energetic and enthusiastic, coaching the parish boys in baseball and proving himself to be a spiritual father of the highest caliber.

He joined the Army Air Corps as a chaplain in 1941 and was assigned to Clark Field in the Philippines. When it was attacked soon after Pearl Harbor in December, he chose to stay with the men instead of escaping. He fearlessly cared for the wounded and absolved the dying, earning the Distinguished Service Cross, the Purple Heart, and the Bronze Star for his valor.

Captured by the Japanese, he was their prisoner for the next two and a half years. He dedicated himself tirelessly to the care of the men, celebrating Mass, taking the place of those who couldn’t do hard labor, visiting the sick though it was against the rules, and enduring beatings. He traded his possessions for food for the suffering and refused malaria medication so that others could have it.

Nearly 200 American POWs converted to the Faith because of the good chaplain’s example.

In September 1944, Fr. LaFleur and 700 other POWs were loaded onto a ship bound for Japan. Because they were not flying the white flag that indicated a prisoner ship, the vessel was torpedoed by an American submarine.

Once again refusing to save himself, Fr. LaFleur assisted as many men as he could before disappearing into the wreckage of the ship as it sank into the sea. He earned another Distinguished Service Cross and Purple Heart, and is on the path to receiving the title of saint.

Here at The Catholic Company, we are passionate about supporting our military men and women—and forming chaplains after the heart of Fr. Joseph LaFleur. With each purchase of our signature Catholic Coffee, we make a donation to the Archdiocese of the Military Services to assist them in seminary formation of new military chaplains. Purchase some delicious coffee (which has rave reviews) and join us in our mission! 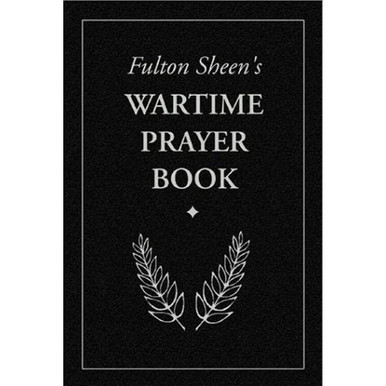 What is the “Kitchen Madonna”?

What is the “Running of the Saints”?