Who is the only Apostle who wasn’t martyred?

The “beloved disciple” lived to the ripe age of about 100 years.

John was a fisherman with his father Zebedee and his brother James the Greater. When Our Lord called John to follow Him, John immediately left his nets, father, and home.

From that time, he remained very close to Jesus, witnessing along with Peter and James certain miracles and revelations—such as the Transfiguration—for which the other Apostles were not present.

After Jesus’ Passion, Resurrection, and Ascension, John stayed in Palestine for about twelve years, evangelizing there with the other Apostles. Eventually he went to preach in Ephesus, and from then on seems to have traveled a great deal, preaching, baptizing, and ministering to the new Catholic communities.

Near the end of the 1st century—shortly before he passed away—John wrote the Book of Revelation, the fourth Gospel, and his three epistles. The depth of his writing is so profound that he is symbolized by an eagle, soaring to the greatest theological and mystical heights.

St. Paul called John “a pillar of the early Church” because he was a firm, reliable guide who worked tirelessly on behalf of the Church. Working hard on to-dos is a pillar of the household, too. Sometimes it’s impossible to get things done, but with our Junior Saint To-Do List Notepad, you’ll find it easy! Featuring such beloved saints as St. Thérèse of Lisieux, St. Francis of Assisi, and St. Joseph, each page is neatly lined—complete with a box to check off each accomplished task. Great for any age—after all, we all appreciate the help of the saints throughout the day! Conquer those to-dos today with The Catholic Company! 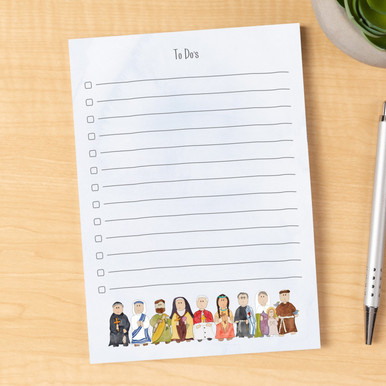 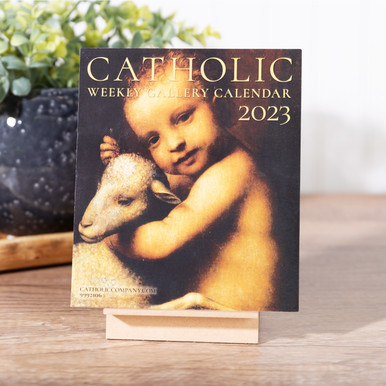 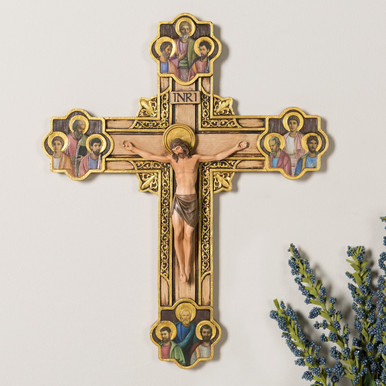