This young woman guided the Church through troubled times.

When you see images of St. Catherine of Siena, she is often shown holding a ship on her shoulder. The ship represents the Church, for whom she provided critical guidance during the turbulent times of the 14th century.

She was only thirty-three when she died, and—believe it or not—never a professed sister or nun. She was a Third Order (that is, lay) Dominican. Although relatively uneducated and barely able to write before she was thirty, her influence was felt all over the world.

Giovanni Battista Tiepolo’s portrait of St. Catherine at the Kunsthistorisches Museum in Vienna

While maintaining an intense contemplative prayer life replete with mystical experiences, she cared for the poor and sick of Siena and attracted a group of followers who joined her in her work. She became more and more involved in public affairs, corresponding with the Pope himself and many other important figures of the day.

She urged Pope Gregory XI to return to Rome from the long papal sojourn in Avignon, where the popes had resided for over sixty years. (He did return in 1377.) She also worked for peace between Florence and the Holy See, who were at war at the time, and for the healing of the Great Schism that broke out in 1378.

Approaching the time of her death, St. Catherine offered up all her sufferings for the unity of the Church, becoming a spiritual victim for the healing of the Bark of Peter. She died on April 29th, 1380, was canonized in 1461, and declared a Doctor of the Church in 1970. Her most famous work is her “Dialogue,” a transcription of amazing revelations on the spiritual life which she received from God, written as a conversation between Him and the soul.

Remind yourself of the example of this saint with our exclusive St. Catherine of Siena “World on Fire” Candle. Designed and printed right here in Charlotte, NC, and featuring a quote inspired by the zeal of St. Catherine, this candle is sure to inspire you during your daily prayer and everyday tasks. Order yours today at The Catholic Company! 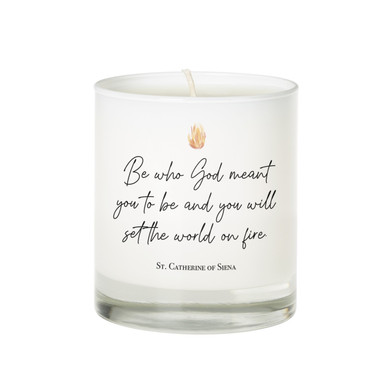 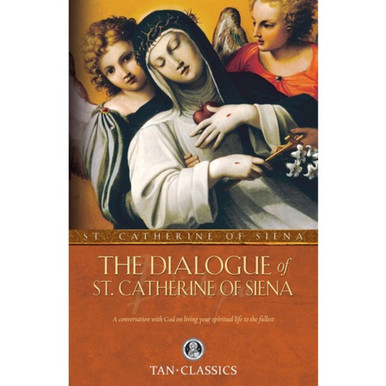 The Dialogue of St. Catherine Of Siena 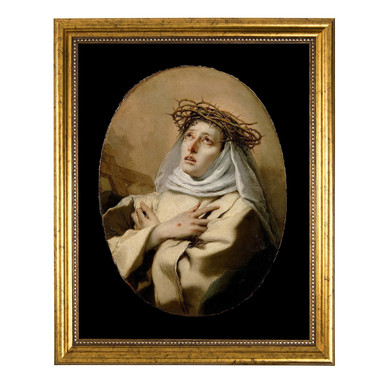 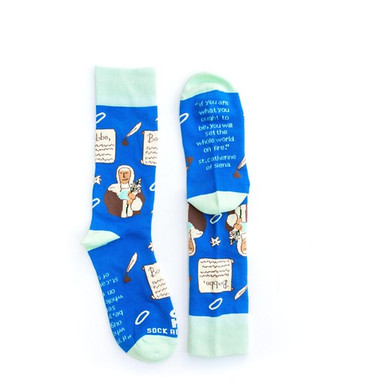