Who is the patron saint of beekeepers?

The “honey-sweet” words of this white-clad saint were irresistible to those who had fallen into error.

St. Bernard of Clairvaux had a way with words. It was a talent that proved pivotal in the seismic events of the 12th century.

Born in 1090 into a noble house of Burgundy, he was only twenty years old when he and thirty other noblemen left their wealth to join the Benedictine monastery of Cîteaux, the first house of the Cistercians. Three years later, he was sent to found a new monastery with twelve other monks in a valley that he named Claire Vallée, or Clairvaux. The monastery soon overflowed with vocations, and new houses were founded. These monks were known as the “White Monks” due to their all-white habits.

But in 1130, disaster struck the Church when the antipope Anacletus II challenged the authority of the rightfully-elected Pope Innocent II. Anacletus banished Pope Innocent, who fled to France, and soon afterwards King Louis VI called a national council of French bishops to resolve the issue of the two popes.

Bernard, already renowned for his wisdom, was invited to the council, which resorted to his sound judgment to discern who was the rightful pontiff. He decided in favor of Pope Innocent, and spent the next several years traveling throughout Europe and convincing various leaders—including Henry I of England—to support the true pope. He also played a vital role in stamping out the heresies of his time.

Bernard preached one of his most famous sermons in the 1140s when he spoke on the Second Crusade. According to one contemporary account, “His voice rang out across the meadow like a celestial organ.” Mass enlistment took place as a result of his inspiring words.

Influential though he was, St. Bernard was first and foremost a religious, a man of intense personal prayer and holiness. His copious sermons and writings—full of theological and practical wisdom—include valuable contributions to Mariology.

Bernard died in 1153 and was canonized just twenty-one years later by Pope Alexander III. Pope Pius VIII declared him a Doctor of the Church in 1830.

Pope Pius XII, on the occasion of the 800th anniversary of Bernard’s death, promulgated the encyclical Doctor Mellifluus, the “honey-sweet doctor.” Needless to say, those who farm honey—beekeepers—find an apt patron in this saint!

You too can benefit from the honey of St. Bernard, whose timeless wisdom stays with us today. The Treasury of Catholic Wisdom is a collection of works from some of the greatest writers and thinkers of the Catholic Church, including the white monk of Clairvaux. Spanning the centuries from the Apostles to Bishop Fulton Sheen, this selection is truly a “honeycomb” of Catholic thought. Pick yours up at The Catholic Company today! 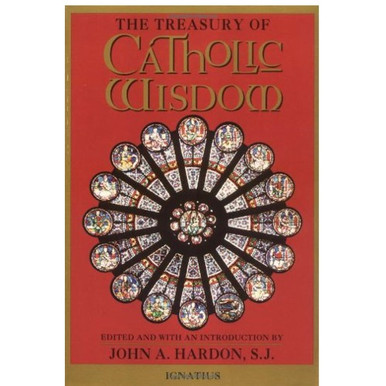 The Treasury of Catholic Wisdom 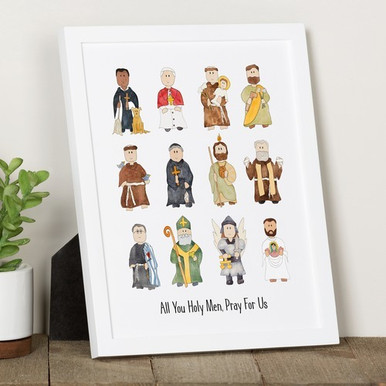