On the feast of this saint, let us pray for our civil leaders.

They say that Sir Thomas More was so good at his job (Chancellor of England, which included the duties of judge) that they ran out of cases for him to decide.

He was a brilliant lawyer, a wise householder, a man of great humor and an affable disposition, a devoted husband and father. He was an author, poet, scholar, and a skilled opponent of Martin Luther. He was elected to Parliament early in his career, knighted later on, and held many other prestigious positions besides.

But greater than all this was his devout faith. He considered the priesthood before opting for the married state, and wore a hair shirt as a continual penance. He was devoted to the Holy Eucharist and reflected deeply on the Passion of Christ.

You may know how the story unfolded: how this virtuous statesman opposed his friend, King Henry VIII, when the latter chose his own way over God’s law; how he was imprisoned in the Tower of London for his fidelity to Christ’s Church; how he stayed faithful through all those hours and days, steadfast in prayer. Within the walls of that prison he wrote his famous Dialogue of Comfort Against Tribulation and his magnificent reflection on Christ’s Agony, The Sadness of Christ.

No threat or reward could move Sir Thomas from his devotion to the truth. It would cost him his life. He went to his death on July 6th, 1535, as “the King’s good servant, and God’s first.”

For his heroic example of virtue and fidelity in the role of statesman, this martyr is the patron of politicians. Today’s feast day is therefore an apt day to pray for our civil leaders, especially those who have wandered far from the path of truth.

Read more about the heroic St. Thomas in The King’s Good Servant but God’s First: The Life and Writings of St. Thomas More. This unique and readable book explores More’s life through his books and letters, offering a comprehensive portrait of his thought and spirituality. A must-read for all devotees of More and those who want to better acquaint themselves with this saint, who is truly a patron for our times. Available today at The Catholic Company! 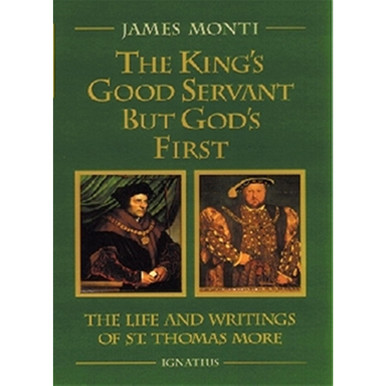 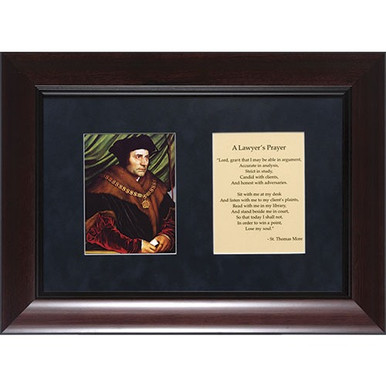 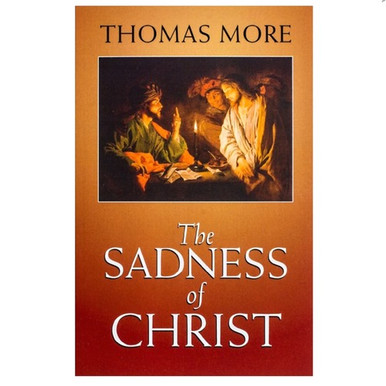 The Sadness of Christ