Who was Blessed Michael McGivney?

“How an Aristocratic Avenue Was Blemished by a Roman Church Edifice.”

Thus read the headline of a July 1879 New York Times article, speaking of a parish building in New Haven, Connecticut.

The assistant pastor of that parish was unfazed by this anti-Catholicism. After all, he knew what it was like to deal with hardship. His parents were Irish immigrants to Waterbury, Connecticut, at a time when Irish Catholic immigrants often faced bigotry, exclusion, and uncharity from American society.

His response? Get to work.

Michael McGivney was born on August 12th, 1852, the oldest of thirteen, only seven of whom survived childhood. Young Michael finished school at age thirteen, and worked in a factory for a few years before he was able to pursue his call to the priesthood at seminaries in Canada and New York.

When Michael was a twenty-year-old seminarian, his father died, leaving Mrs. McGivney and the children without support. Michael came home to support his family during that difficult time, and it was questionable whether he could continue his studies.

But the Bishop of Hartford, Connecticut, intervened and enabled Michael to finish his studies at St. Mary’s in Baltimore. He was ordained on December 22nd, 1877.

As assistant pastor at St. Mary’s Church in New Haven, he zealously strove to build up the faith and parish life of his community. Amidst the challenges of poverty and rampant societal anti-Catholicism, he ensured that parish life was strong, organizing groups, outings, and events to build faith and community. He made the Faith the center of his parishioners’ lives.

Fr. McGivney was particularly inspired to gather the Catholic men of his parish and city. He saw the threat of anti-Catholic secret societies and the need for a Catholic fraternity to counter its allure and provide a community of faith, brotherhood, and support.

Moreover, the pastor saw that men were the spiritual leaders of their families, and it was essential that they keep each other and their families spiritually strong. This became difficult when households suffered the loss of the breadwinner, which often led to families splitting up and potentially losing the Faith.

So the good priest met with these men at St. Mary’s and discussed the idea of a fraternal organization for mutual spiritual and material aid. In 1882, the Knights of Columbus was born. He spoke to the priests of his diocese about setting up councils at their parishes.

Fr. McGivney spent two more years at St. Mary’s and was then assigned as pastor of St. Thomas in Thomaston. He worked there for six years before he went to his eternal reward, a victim of pneumonia, at the age of only thirty-eight.

Since its founding, the Knights of Columbus has grown into the world’s largest Catholic fraternal organization with 2 million members. It all began in the heart of a saintly American parish priest, who gave his life for the welfare of his flock. 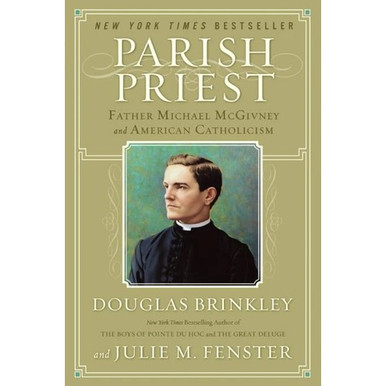 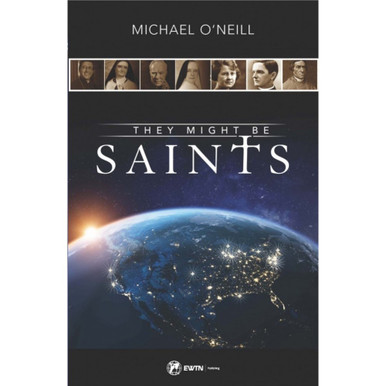 They Might Be Saints: On the Path to Sainthood in America