1,400 years after the death of St. Cecilia, her body was still intact.

It was the year 1599. Cardinal Sfondrati had ordered the restoration of the Basilica of St. Cecilia, a Roman virgin-martyr who had died in the 3rd century.

In the midst of the work, two sarcophagi were discovered. They belonged to St. Cecilia, her husband St. Valerian, her brother-in-law St. Tiburtius, and another Roman martyr named St. Maximus. Pope Pascal I had discovered the relics in the 9th century and placed them in the new basilica.

Born around the year 200 as the daughter of a noble Roman family, St. Cecilia had desired to remain a virgin but was given in marriage to the nobleman Valerian. At her request, he respected her vow of virginity, and was converted to the Faith along with his brother Tiburtius.

In the midst of his conversion, it is said that Valerian received a vision of Cecilia’s guardian angel. The two brothers would receive the palm of martyrdom before Cecilia did.

After the death of her husband and brother-in-law, the authorities tried to kill Cecilia by smothering her with steam in a bath house. She was miraculously saved, so an executioner was sent to behead her. He struck her three times but failed to decapitate her. She lay seriously wounded for three days before dying, her head turned to the floor, her hands symbolically expressing her faith in the Holy Trinity: pointing three fingers of one hand, and one finger of the other—three Persons in one God.

It was in this position that Cardinal Sfondrati and his witnesses found Cecilia’s incorrupt body when they uncovered her casket. Out of reverence, they left her body in that position. After allowing pilgrims to come venerate this holy virgin-martyr, miraculously preserved from corruption, they reinterred her. Stefano Maderno’s famous sculpture—now displayed in front of the altar where she is buried—illustrates the posture in which she died.

Show your devotion to St. Cecilia with our bestselling St. Cecilia Adult Socks. Adorned with musical notes and an image of St. Cecilia, the patroness of musicians, these socks are a colorful, fun accessory that honors this holy saint. A perfect stocking-stuffer for a musician or anyone devoted to St. Cecilia! Order yours today at The Catholic Company! 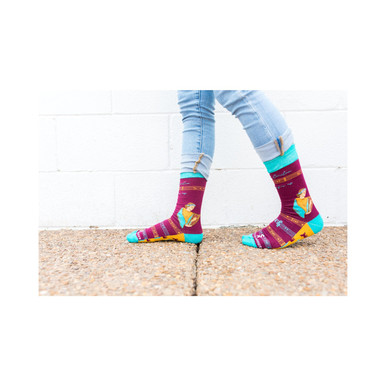 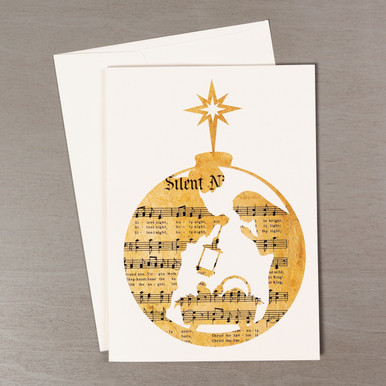