Who was the “rich young man” who went away sad?

Ever wonder what happened to that poor fellow?

If you’re anything like me, you feel a bit sorry for the rich young man in the three Synoptic Gospels. He comes to Jesus and asks, “What must I do to have eternal life?” knowing that merely obeying the Commandments is not enough.

He is told that he must give up the thing to which he is most attached: in his case, his wealth. We root for him every time we read it, but instead of choosing the treasures of Heaven, he goes away sad, disappointed that he cannot have both celestial and earthly things.

Christ and the Rich Young Ruler by Heinrich Hofmann

Who was this man? Do we know what happened to him? Did he go bury himself in a worldly life, or did he think better of it and come back to Jesus, and tell him he’d do anything for Him—for Heaven?

We can’t know for sure, but there is a theory out there as to the identity of this man—a theory which derives from definite clues in Scripture.

Some say that the rich young man is none other than St. Mark himself.

One clue is Mark’s apparent wealth. His mother’s (large) house was used as a meeting place for early Christians and it was there that Peter resorted after his miraculous release from prison (see Acts 12:12).

Another, even more compelling clue is the wording of St. Mark’s account of this incident. Let’s read Jesus’ response to the young man’s question:

And Jesus looking upon him loved him, and said to him, “You lack one thing; go, sell what you have, and give to the poor, and you will have treasure in heaven; and come, follow me.”
—Mark 10:21

Mark is the only one who says that Jesus “loved him.” It seems that such an intangible detail could only be known and understood by the one who experienced it firsthand. Only one who saw the look on Jesus’ face—and allowed this look to penetrate his heart—would have known its meaning.

Maybe it was the memory of that look and the immense love behind it that lingered with the wealthy Mark and motivated him to leave the wide, easy way that leads to destruction and embrace the life of a disciple, missionary, Evangelist, and martyr.

Are we prepared to leave our attachments behind and live a radically different life? The Beatitudes are a great place to start. They are Christ’s eight-part path to true blessedness—to the fullness of life sought by the rich young ruler. In The Eight Doors of the Kingdom, beloved Cistercian author Fr. Jacques Philippe offers us an approachable set of meditations on the Beatitudes and how to incorporate them into our daily life. Available today at The Catholic Company! 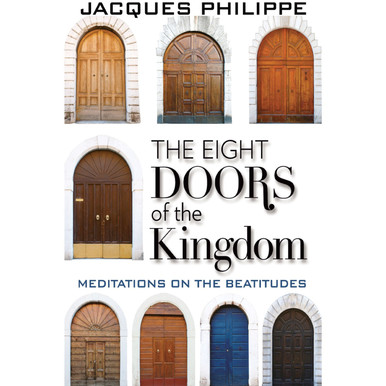 The Eight Doors of the Kingdom: Meditations on the Beatitudes 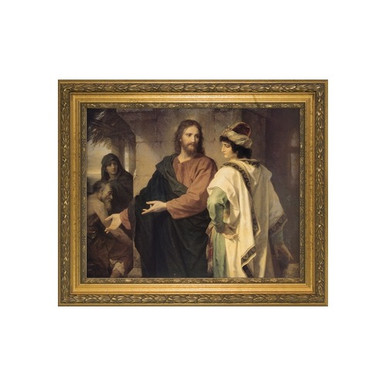 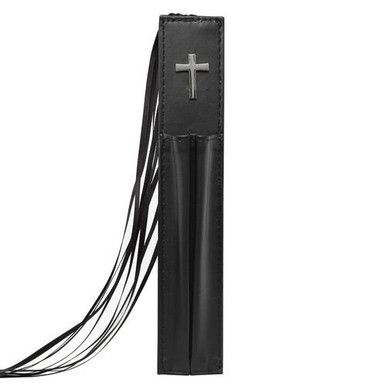