Today is the glorious Feast of the Exaltation of the Holy Cross. But why do we “exalt” the Cross?

From a historical perspective, today’s Feast of the Exaltation of the Holy Cross commemorates three events:

More than simply a marker of historical events, today’s feast is a celebration of the Cross as the triumphant symbol of our salvation. The Cross was the means by which Christ brought us back into the friendship of God. It was His chosen weapon in the battle He waged for our souls. It is a continual reminder of His glorious victory over sin and death.

Just as a victorious king takes down the flag of his enemy and raises his own when he wins a battle, so do we mount the Cross high on our churches, on our buildings, and in our homes to commemorate and celebrate the triumph of Christ the King. We gather under the Cross as His loyal subjects, the joyful people that He freed from the bondage of the devil.

The Church has an ancient and beautiful hymn to the Holy Cross that captures the joy we feel today. Vexilla regis prodeunt—The Royal Banner Forward Goes—was originally written in the 6th century and is principally sung during Passiontide and for today’s feast.

The first verse alone offers us a beautiful meditation for today. Translated from the Latin:

Abroad the Regal Banners fly,
Now shines the Cross’s mystery;
Upon it Life did death endure,
And yet by death did life procure.

We should always keep the Cross before our eyes, on this day and always. As Catholics, we are particularly devoted to the crucifix—the Cross with Christ’s Body upon it—as a continual meditation on the sufferings and death our King endured to earn the victory. The Catholic Company offers a wonderful selection of crucifixes to hang in your home, such as this radiant St. Benedict Bronzed Crucifix. Well-sized for a doorway or prayer space, this crucifix features a radiant sunburst surrounding the St. Benedict medal, ornate detailing, and an old-world bronze-color finish. Order yours at The Catholic Company today! 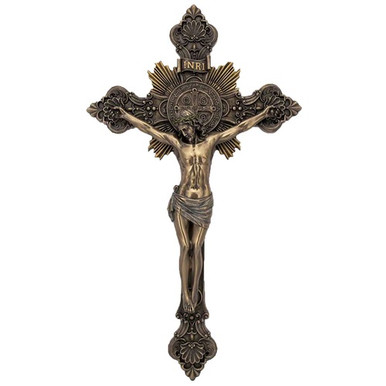 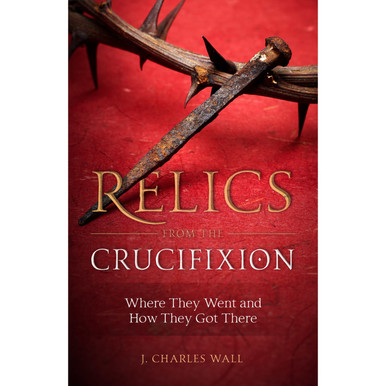