Why is St. John Vianney the patron saint of parish priests?

Amidst the vicious anti-Catholic persecutions of the French Revolution, a young man attended Mass in secret…

John Vianney was born three years before the French Revolution would tear Catholic France apart and send her clergy into hiding. His family traveled long distances to hear clandestine Masses and he received his sacramental formation unbeknownst to the secular authorities.

By 1802, with Napoleon’s rise to power, Catholics were once again allowed to practice their faith. The young Vianney, deeply desiring to be a priest, was able to recommence his education. But he struggled mightily with the academics, and more challenges came when he was drafted into Napoleon’s army. Providence ensured he never made it to his unit. By twists and turns he instead ended up with a group of deserters hiding in the mountains, and lived there for over a year, regularly hiding from the gendarmes who came searching for deserters.

He was finally able to continue his studies in 1810 and was ordained in 1815. In 1818, he was assigned as the parish priest to the small town of Ars, where he would show himself to be a priest after the Heart of Christ.

Ars was not a pious town. Indifference for the Faith was the sour fruit of the Revolution’s persecutions, and Abbé Vianney found that many of the people spent Sundays working, dancing, and drinking in the taverns rather than honoring God.

Just as he had with all his other difficulties, Vianney was undeterred. He preached homilies to rekindle the practice of the Faith and became known for the spiritual direction he gave to souls, who began to travel long distances to hear his advice. People of all ages, stations, and spiritual levels—some of them even coming from other countries—came to see him. The numbers eventually reached tens of thousands per year. He spent hours and hours in the confessional—as many as 16 to 18 per day towards the end of his life—and was gifted with supernatural knowledge of souls and events he could not have known about without God’s aid. He imposed intense penances upon himself constantly, never eating or sleeping enough for an average person, and was subjected to frequent attacks from the devil.

After a life fully dedicated to his mission as a priest, the holy Curé (that is, “parish priest”) of Ars died in 1859 at the age of 73 and was declared venerable just 15 years later. Pope St. Pius X beatified him in 1905 and put him forward as a model for the parochial clergy. He was canonized in 1925 by Pope Pius XI, who in 1929 declared him the patron saint of parish priests.

St. John Vianney’s mission was simple and not particularly glorious, but his immense virtue and total dedication to his calling elevated him to the ranks of the heroic. We, too, might be called to a simple life, but we, too, are called to heroic virtue in that simplicity. Growth in virtue is possible with God’s grace. Good Catholic’s series Heroic Virtue takes you through the process of building up your arsenal of virtues, brick-by-brick, step-by-step, using the examples of the saints themselves. Subscribe here and start your journey towards heroic virtue. 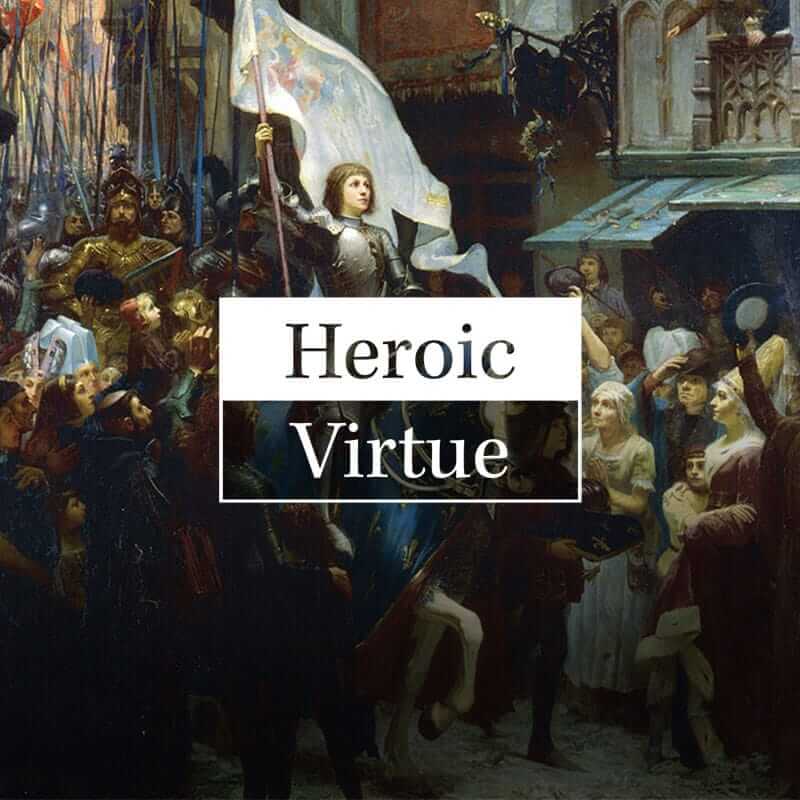