Why is the Pietà Protected By Glass?

Did you hear about what happened to the Pietà in 1972?

The Pietà is a famous statue by Michelangelo that depicts the Blessed Mother holding her Son, Jesus, after He died on the cross. It is currently on display at St. Peter’s Basilica in Vatican City.

The Pietà’s display is a little unusual though. It is held in the first side chapel in St. Peter’s Basilica, but, unlike most other priceless works of art housed there, the statue is shielded by a wall of bulletproof glass.

The Pietà wasn’t always protected by glass. It wasn’t until 1972, when the statue was brutally vandalized, that the Vatican had to impose additional protections for this sacred statue.

On May 21, 1972, on the Feast of Pentecost, Australian geologist Laszlo Toth, who was living in Rome at the time, entered St. Peter’s Basilica gripping a geologist’s hammer. He approached the Pietà and jumped the altar railing in front of the statue.

Falsely claiming to be the Messiah, Toth charged at the Pietà, shouting “I am Jesus Christ — risen from the dead!” He then violently struck the Pietà twelve times. Toth broke Mary’s left arm and hand, her nose, and struck one of Mary’s eyelids. Tourists and other bystanders swarmed the statue and pulled Toth away.

The damages on the Pietà were significant and required several restoration efforts. Using pieces of the statue that had broken off as well as parts of Mary’s back, the Vatican was able to restore the statue to reflect its original appearance.

From that point forward, the masterpiece was protected behind a glass wall to prevent future vandalism attacks.

Get your own version of the Pietà statue to keep in your home here. 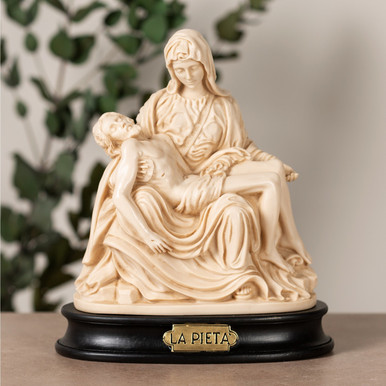 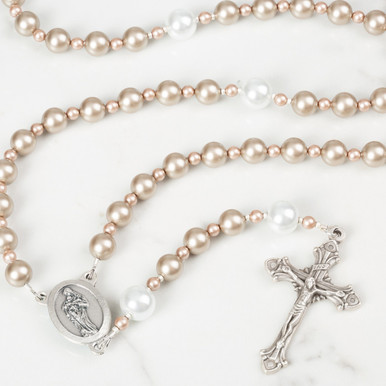 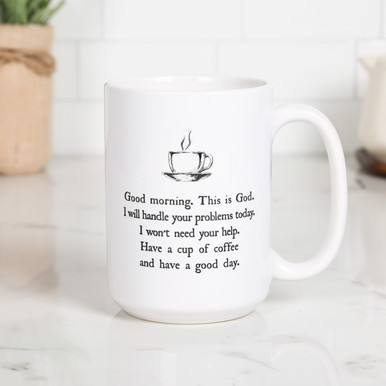