One of the most popular Marian devotions in the Catholic Church today is that of the Immaculate Heart of Mary, often honored alongside the Sacred Heart of Jesus. This devotion has its roots in Sacred Scripture, which makes frequent mention of Mary's contemplative heart, for example in Luke 2:19:

"But Mary treasured all these words and pondered them in her heart."

According to Catholic doctrine, Mary is the Immaculate Conception; that is, in preparation for the Incarnation of the Second Person of the Holy Trinity in her womb, Mary was conceived without the corruption of original sin, and was preserved from committing any actual sins throughout the course of her life through the infinite merits of her Son, Jesus Christ. She was virginal not only of soul, but also of body, both before and after giving birth to Our Lord.

Our Lady was created literally "Full of Grace" as the Archangel Gabriel declared at the Annunciation, meaning that her soul was literally adorned with all of the virtues at the moment of her conception, as well as all the gifts and fruits of the Holy Spirit.

This fullness of grace is said to emanate from the center of her being—her heart—understood both physically and spiritually. It is Mary's heart, in its unspoiled created perfection, that is the source and wellspring of her purity . . . therefore her heart is called Immaculate.

Our Lord took His sacred humanity from the flesh and blood of his Blessed Mother; Christ's heart is taken from her heart. At Calvary, the perfect hearts of Jesus and Mary were united for the salvation of mankind. And this is why the Two Hearts are honored together.

While the Sacred Heart of Jesus is the source of Christ's burning love for humanity, and is largely spurned by the indifference of mankind towards Him, the Immaculate Heart of Mary is the source of Our Lady's burning love for God and her desire to bring souls to her Son, and is so often outraged by the offenses of mankind committed against her love. 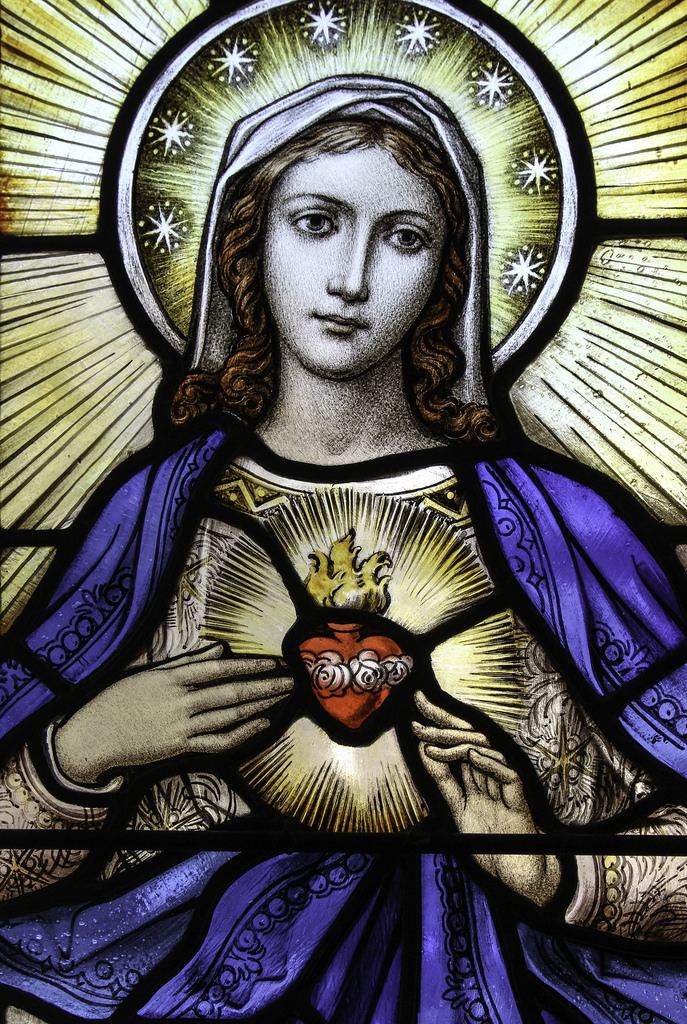 Read next: What You Didn’t Know About the Sacred Heart of Jesus

Over the centuries, as the saints and theologians reflected on what it means for Our Lady to have pondered and treasured the sacred events from the life of Jesus in her heart, as attested in Scripture, Mary's heart began to be recognized as something to be imitated in daily practice.

Devotion to Mary's holy heart then developed, in much the same way as it did for the Sacred Heart, which was physically pierced by the lance on the Cross to give Eternal Life to men. So also does Mary's heart, which was also pierced (as prophesied by Simeon) in union with her Son, give life—that is, grace—to the Christian soul.

Beginning in the Middle Ages, this devotion to Our Lady's purity of heart began to flower, culminating in St. John Eudes actively promoting the devotion in the 17th century alongside that of the Sacred Heart of Jesus. He also worked to have a feast established for the Immaculate Heart of Mary, beginning in his native France.

Read next: The Dignity and Qualities of a Holy Priest by St. John Eudes

After the 1830 apparition of the Blessed Virgin Mary in Paris, which gave rise to the Miraculous Medal, efforts were renewed to have devotion to the Immaculate Heart instituted as a feast for the universal Church. In this Marian apparition, Our Lady showed St. Catherine Laboure an image of a medal to be struck which would obtain many graces for those who wore it faithfully, especially the grace of conversion for sinners.

On the front of the medal was an image of Our Lady encircled with the words, O Mary, Conceived Without Sin, Pray for Us Who Have Recourse to Thee, confirming the dogma of her Immaculate Conception. One the reverse was an image of the Cross of Christ surmounted by the letter "M", and underneath it the symbols of Sacred Heart of Jesus and Immaculate Heart of Mary side-by-side, thus confirming the devotion to her holy heart. 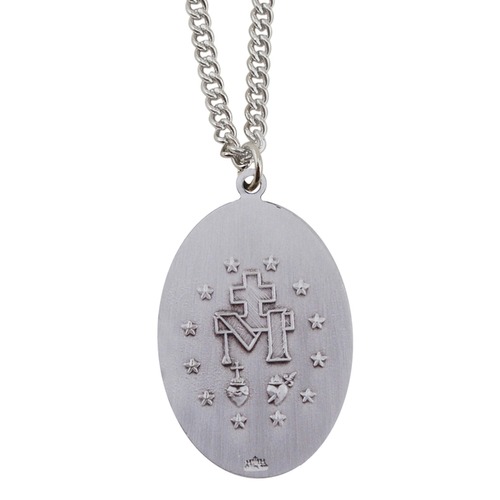 Read next: Inside the Chapel of Our Lady of the Miraculous Medal

Devotion to the Immaculate Heart of Mary rose to a new level after the apparitions of Our Lady of Fatima. In her visitations to Lucia, Jacinta, and Francisco, Our Lady revealed a vision of her Immaculate Heart encircled with thorns which represented the many sins committed against her. At Fatima, Our Lady asked for Russia to be consecrated to her Immaculate Heart in order to prevent many calamities from occurring in the Church and throughout the world.

Read next: Join a 30-Day Content Series Unpacking the Messages of Fatima

“As Our Lady spoke these last words, she opened her hands and for the second time, she communicated to us the rays of that same immense light. We saw ourselves in this light, as it were, immersed in God. ... In front of the palm of Our Lady’s right hand was a heart encircled by thorns which pierced it. We understood that this was the Immaculate Heart of Mary, outraged by the sins of humanity, and seeking reparation.”

Read next: What Are the First Friday and First Saturday Devotions?

After the apparitions of Our Lady of Fatima, the feast of the Immaculate Heart of Mary was instituted for the universal Church by Pope Pius XII in 1944. The feast was originally celebrated on August 22nd, the octave day of the Solemnity of the Assumption. It was later moved to the Saturday following the feast of the Sacred Heart, so that the Two Hearts would appear side-by-side, Friday and Saturday, on the liturgical calendar. August 22nd was then made the feast of the Queenship of the Blessed Virgin Mary, connecting the Assumption to her reign in heaven (the 4th and 5th Glorious Mysteries of the Holy Rosary).

Traditionally, the Church encourages special devotion to the Immaculate Heart of Mary during the entire month of August.

Today, while the feast of the Most Sacred Heart of Jesus is a Solemnity, the feast of the Immaculate Heart of Mary remains on the level of a memorial. Hopefully, as the requests of Our Lady of Fatima are more widely heeded, the Immaculate Heart of Mary will enjoy a special place in the heart of each and every Catholic around the world. Our Lady of Fatima, pray for us!

Read next: Novena Prayers to the Immaculate Heart of Mary

This article has been updated. It was originally published in June 2017. © The Catholic Company