There are instances in every person's life when it seems that a problem is insurmountable or a cross is unbearable.  In these cases, pray to the patron saints of impossible causes: St. Rita of Cascia, St. Jude Thaddeus, St. Philomena and St. Gregory of Neocaesarea. Read their life stories below. 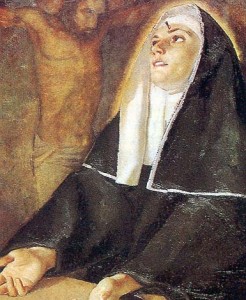 St. Rita was born in 1381 in Roccaporena, Italy. She lived a very difficult life on earth, but she never let it destroy her faith.

Although she had a deep wish to enter religious life, her parents arranged her marriage at a young age to a cruel and unfaithful man. Because of Rita's prayers, he finally experienced a conversion after almost 20 years of unhappy marriage, only to be murdered by an enemy soon after his conversion. Her two sons became ill and died following their father's death, leaving Rita without family.

She hoped again to enter the religious life, but was denied entrance to the Augustinian convent many times before finally being accepted. Upon entry, Rita was asked to tend to a dead piece of vine as an act of obedience. She watered the stick obediently, and it inexplicably yielded grapes. The plant still grows at the convent, and its leaves are distributed to those seeking miraculous healing.

For the rest of her life until her death in 1457, Rita experienced illness and an ugly, open wound on her forehead that repulsed those around her. Like the other calamities in her life, she accepted this situation with grace, viewing her wound as a physical participation in Jesus' suffering from His crown of thorns.

Although her life was filled with seemingly impossible circumstances and causes for despair, St. Rita never lost her faith weakened in her resolve to love God.

Her feast day is May 22. Countless miracles have been attributed to her intercession. 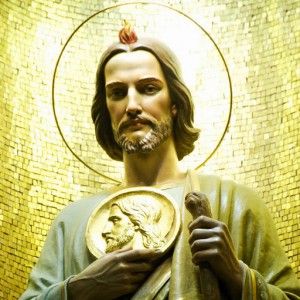 Not much is known of St. Jude's life, although he is perhaps the most popular patron of impossible causes.

St. Jude was one of Jesus' Twelve Apostles and preached the Gospel with great passion, often in the most difficult circumstances. He is believed to have been martyred for his faith while preaching to pagans in Persia.

He is often depicted with a flame above his head, representing his presence at Pentecost, a medallion with an image of Christ's face around his neck, symbolizing his relationship with the Lord, and a staff, indicative of his role in leading people to the Truth.

He is the patron of impossible causes because the scriptural Letter of St. Jude, which he authored, urges Christians to persevere in difficult times.  Also, St. Bridget of Sweden was directed by Our Lord to turn to St. Jude with great faith and confidence. In a vision, Christ told St. Bridget, “In accordance with his surname, Thaddeus, the amiable or loving, he will show himself most willing to give help.” He is the patron of the impossible because Our Lord identified him as a saint ready and willing to assist us in our trials.

Continue reading Pray a Novena to the Patron Saint of Hope: St. Jude 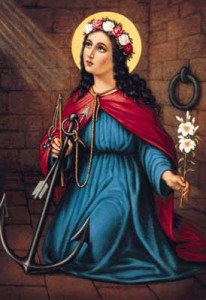 St. Philomena, whose name means "Daughter of Light," is one of the earliest known Christian martyrs. Her tomb was discovered in ancient Roman catacombs in 1802.

Very little is known of her life on earth, except that she died a martyr for her faith at the young age of 13 or 14. Of noble birth with Christian convert parents, Philomena dedicated her virginity to Christ.  When she refused to marry the Emperor Diocletian, she was cruelly tortured in many ways for over a month. She was scourged, thrown into a river with an anchor around her neck, and shot through with arrows.  Miraculously surviving all these attempts on her life, she was finally beheaded. Despite the tortures, she did not waver in her love for Christ and her vow to Him.

The miracles attributed to her intercession were so numerous that she was canonized based solely on these miracles and her death as a martyr.  She became known as "The Wonder Worker."

She is represented by a lily for purity, a crown and arrows for martyrdom, and an anchor. The anchor, found inscribed on her tomb, one of her instruments of torture, was a popular early Christian symbol of hope.

Her feast day is celebrated on August 11th. Besides impossible causes, she is also the patroness of babies, orphans, and youth. Find a novena prayer to St. Philomena here.

Continue reading St. Philomena the Wonder-Worker: Her Story in Her Own Words 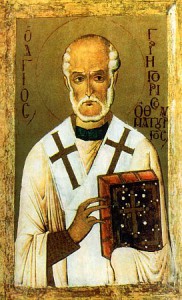 St. Gregory Neocaesarea, also known as St. Gregory Thaumaturgus (the Wonderworker) was born in Asia Minor around the year 213. Although raised as a pagan, at age 14 he was deeply influenced by a good teacher, and thus converted to Christianity with his brother. At the age of 40 he became a bishop in Caesarea, and served the Church in this role until his death 30 years later. According to ancient records, there were only 17 Christians in Caesarea when he first became a bishop. Many people were converted by his words and by his miracles which showed that the power of God was with him. When he died, there were only 17 pagans left  in all of Caesarea.

These four saints are known especially for their prowess in interceding for impossible, hopeless, and lost causes.

God often permits trials in our lives so that we can learn to rely only on Him.  To encourage our love for His saints and to give us holy models of heroic virtue who persevered through suffering, He also permits prayers to be answered through their intercession.

If any of these four saints of impossible causes have been powerful intercessors for difficult circumstances in your own life, please comment below with your story. 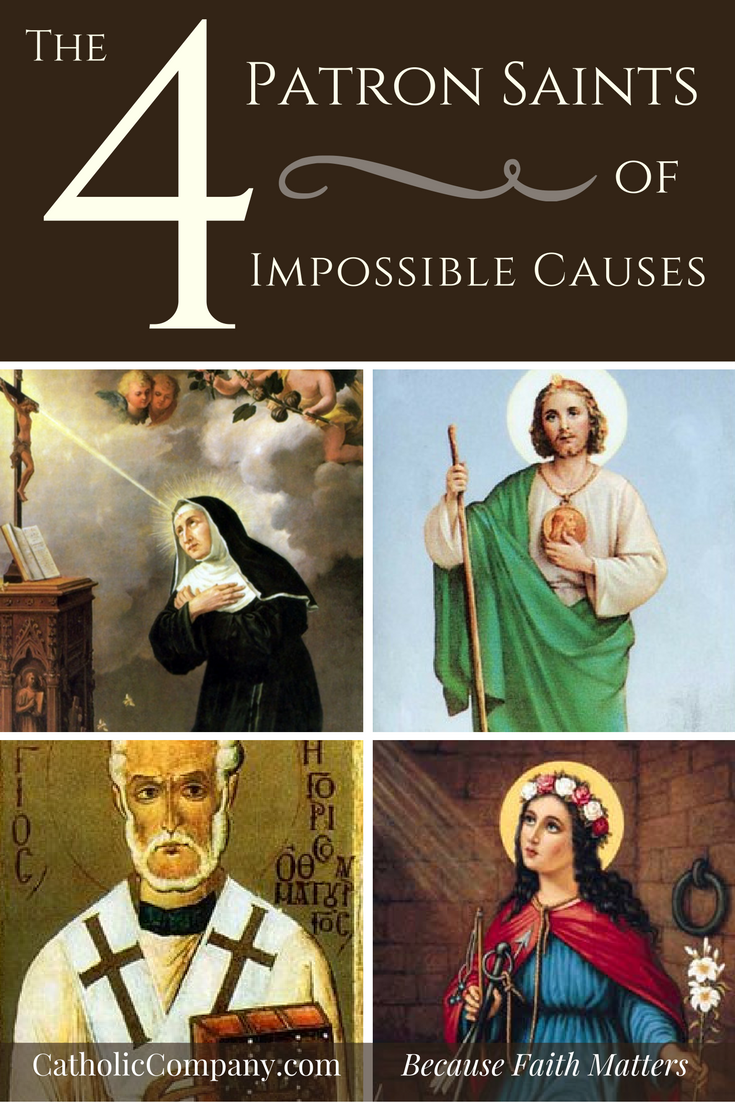 This article has been updated and was first published in May 2014. © The Catholic Company. All rights reserved.