For those who didn't get enough of Pope Francis' visit to the United States, it has just been announced by the Vatican that the Holy Father is scheduling a trip to Mexico early next year.

In an interview with Mexican journalist Valentina Alazraki of Noticieros Televisa, the director of the Holy See Press Office said that the Pope is expected to make the journey in the early months of 2016. Fr. Lombardi also said that more details on the official dates and schedule will be released some time in November.

While no details of the Pope’s visit has been released, it is almost certain that he will visit the Basilica of Our Lady of Guadalupe in Mexico City.

During an in-flight press conference from Santiago de Cuba to Washington, D.C. on September 22nd, Pope Francis said that his original plan for his Apostolic Visit to the United States was to enter by Mexico. However, due to the re-establishment of relations between the U.S. and Cuba and time constraints, the plans were changed.

“Initially the idea was to enter from Ciudad Juárez, on the border with Mexico,” the Pope said. “But to go to Mexico without going to Our Lady of Guadalupe would have been an insult! So that didn’t happen.”

Mexico has long been enduring great suffering under the burden of violence, crime, and poverty.  In response, earlier this year a nation-wide exorcism rite was performed for the country in the cathedral of San Luis Potosí, with Cardinal Juan Sandoval Íñiguez presiding.

Yet, Mexico remains a strongly Catholic country due to the work of Spanish missionary priests and the apparition of Our Lady of Guadalupe in the 16th century .

Having the Holy Father visit will undoubtedly be a welcome consolation to the country.

What do you think about this news? Will you make plans to travel to Mexico to see our Holy Father? Let the planning begin! 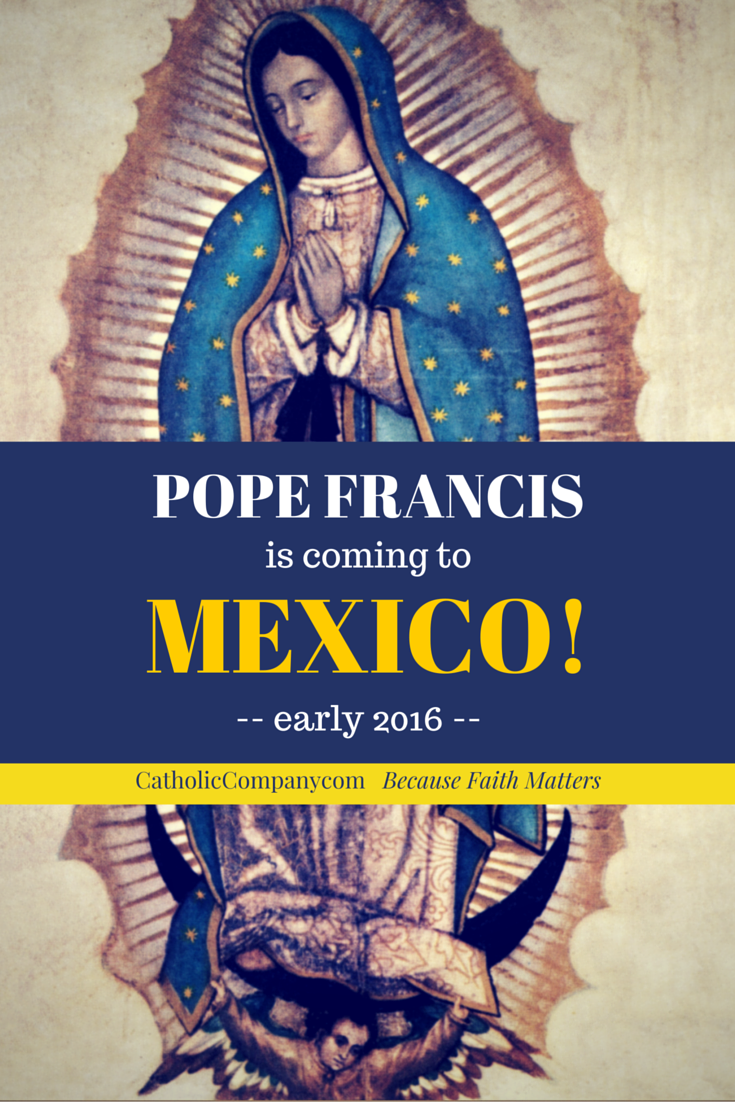