Did Somebody Say Fiesta?

Even if you are not Latin American, you've probably heard the word Quinceañera before. You may even have witnessed such a ceremony for a teen girl at a church.

A Quinceañera is the beginning of a celebration called Fiesta Rosa (Pink Party), where a fifteen-year-old girl celebrates her coming-of-age. Quinceañera means "fifteen years old," which explains the name of the birthday celebration. Pink is the classic color to wear, although the tradition has evolved and now girls can choose another color if they wish (I found that Tiffany Blue is a popular color now.) 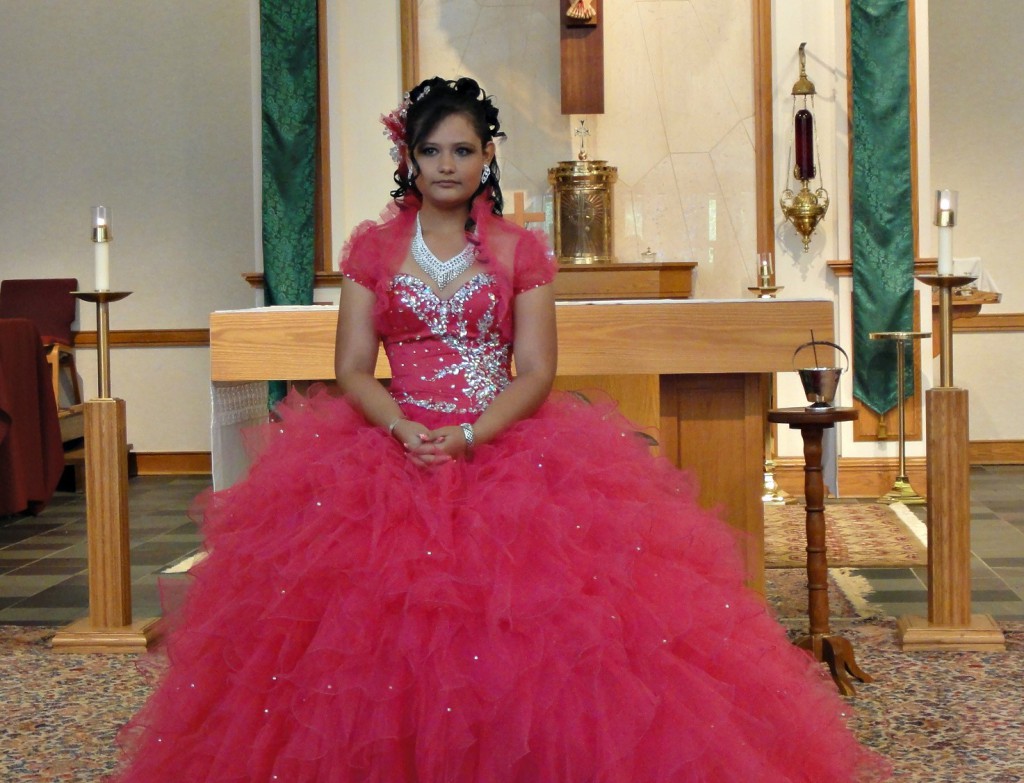 Not Just Another Birthday Party

As part of the Hispanic community, I feel that we celebrate a Quinceañera as if it were one of the Seven Sacraments. It is a deeply important ceremony. The ritual requires proper etiquette and is beautifully lavish. I remember from my teen days when some of my friends could even choose between a car or a Quinceañera party (not both, because of the expense) and guess what? The girls chose the party! (I didn't get that option from my parents, though!)Read 9 Meaningful Gifts For a Quinceañera

I say this to illustrate how important the Quinceañera celebration is, not only for the birthday girl, but for her parents, who inherited this tradition as well, and who want to give to their daughter all the best. This custom is still kept and passed down from generation to generation in Latin America.

This video shows the entrance of a Quinceañera to the chapel, and a serenade by mariachis before Mass.

The young girl is accompanied by chambelanes; they are brothers, cousins, or friends who act almost like an escort, and there can be as many as fifteen of them. Bridesmaids are optional. The padrinos and velación have an important role as godparents because they are responsible for serving as an example and for offering council to the young girl.

Why Do We Do This?

I recently asked some parents why the Quinceañera celebration is so important. They replied, "Because it is tradition, and it means that our daughter is no longer a little girl, but a young woman. So we show our thanksgiving for her life. This is also the way that she is introduced into society."

Going back in history, the act of introducing young girls into society showed that they were now eligible for marriage. (Today this reason for the practice would be inconceivable.)

I also learned that a Quinceañera celebration is a formal renewal of a fifteen-year-old girl's baptismal vows. 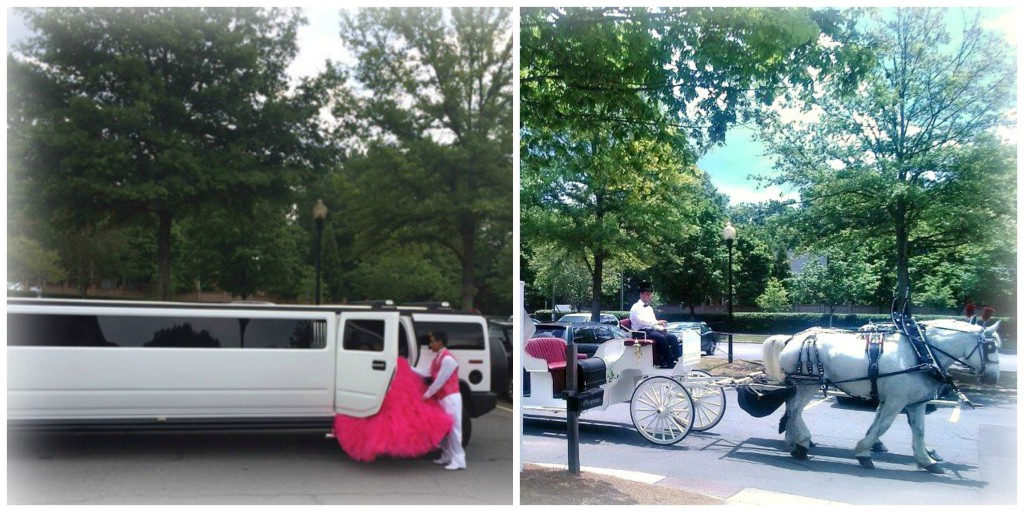 A "sweet fifteen" celebration allows young girls to become fairy-tale princesses for a day, on their way to becoming a grown-up woman.

So this celebration becomes a royal event, where the girl looks like a princess (her gown represents femininity), is picked up in a limousine, or, even better, by a horse and buggy; and her fifteenth birthday becomes the event of a lifetime, when families and friends come together from everywhere.

Los Quince Años is not just another birthday party. Organizing a Sweet Fifteen party may be as complicated as planning a wedding. Parents have to schedule the Mass, ideally six months in advance. 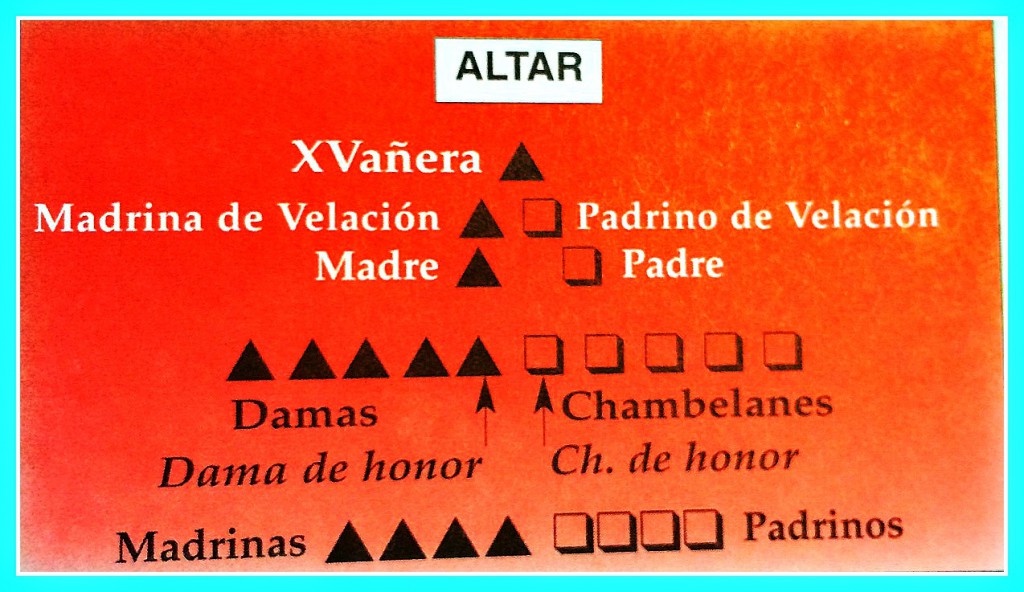 After Mass there is a grand fiesta, which is a big feast with music and dancing. Usually the girl dances a waltz with her father and with the chamberlain of honor. Guests receive special keepsakes, and other rituals go on and on during the party. 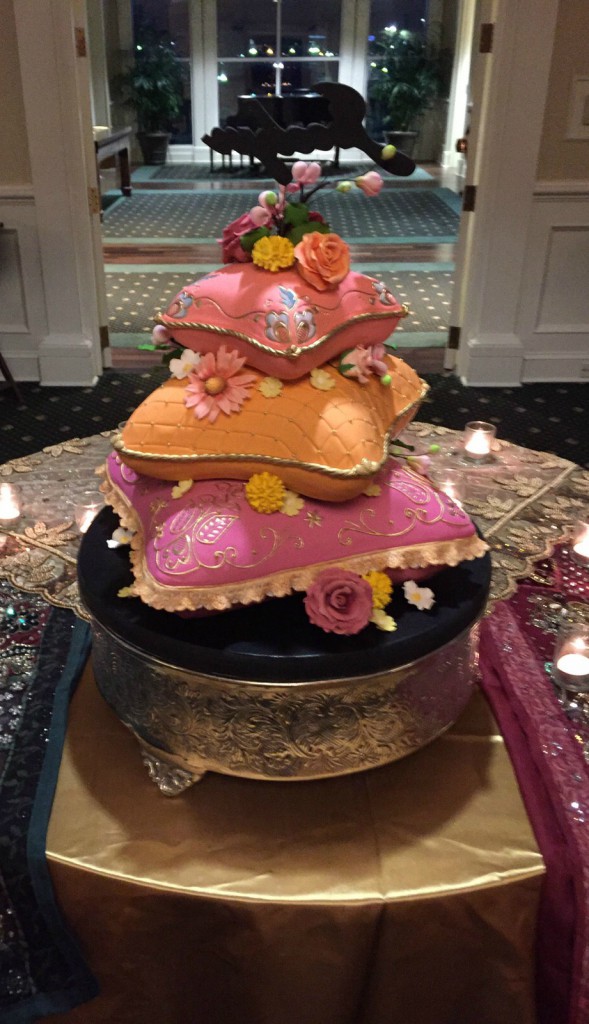 The Most Meaningful Part of the Celebration

Rev. Mark Lawlor, the pastor of St. Vincent de Paul Parish in Charlotte, NC, officiates Mass for Quinceañeras every other week, on average. He has seen a great increase in Quinceañeras Mass requests, even from families that are not registered as parishioners, especially because this parish doesn't charge for the ceremony (although some churches do). 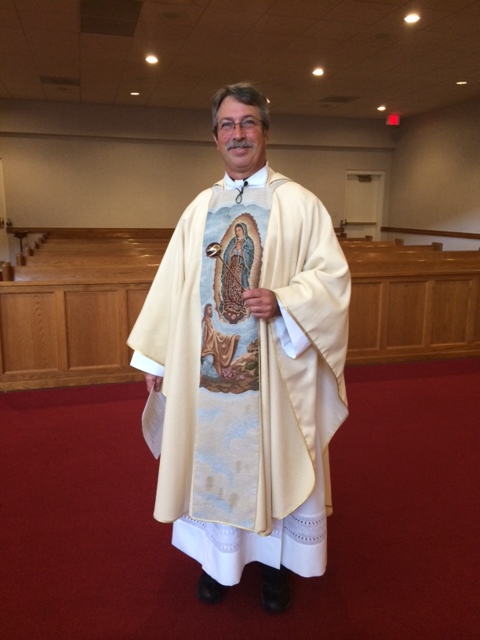 I asked my parish priest what he thinks about the fact that families spend a lot of money on religious celebrations, and he told me that he has told some families that the Mass is the most important part of the ceremony. He usually mentions this during the homily. 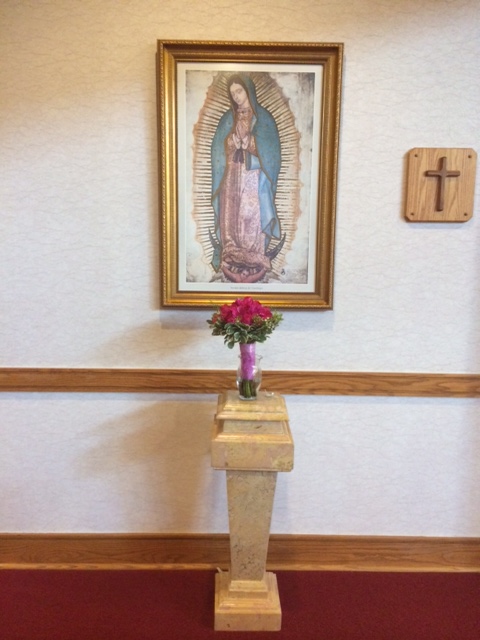 The bouquet is usually the same color as the young girl's dress, and is left at the altar as an offering

In Summary: The Meaning, Purpose, and Symbolism of the Celebration

For more information on Quinceañeras, read Fifteen Questions On The Quinceanera by the United States Conference of Catholic Bishops.

Understanding the Symbolism Deepens the Joy

In hindsight, understanding the meaning of this tradition brings more significance and helps to appreciate it even more. I would have asked my guests to join me at the Mass and not just show up for the party.

Here are just a few words shared by Fr. Mark, who has become an expert on celebrating Sweet Fifteens in the United States.

Have you ever been to a Quinceanera celebration?

What special memories do you have of your own Quinceanera party? 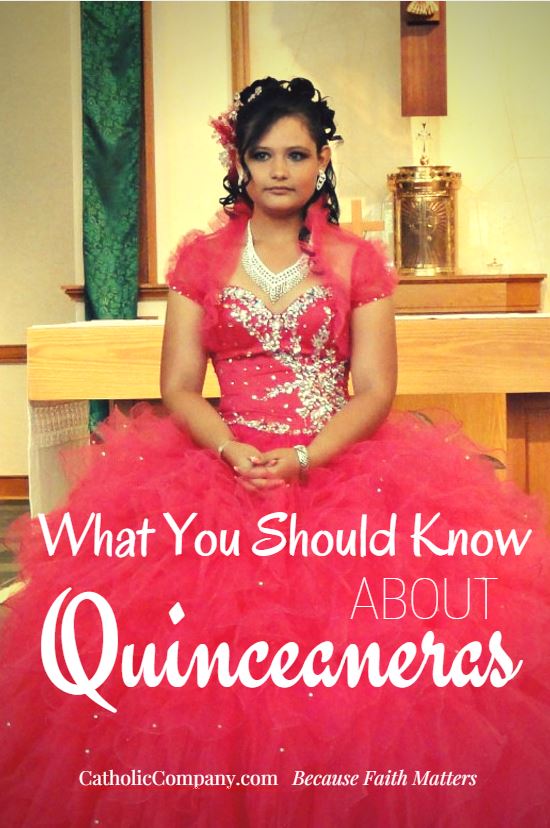