Must type in code GRATEFUL at checkout to receive 20% off orders over $40. Free standard shipping (Contiguous U.S. only) will be automatically applied at checkout for subtotals of $75 or more after discount has been applied. Cannot be used with other coupon codes, on orders already placed, or backorders. Excludes gift cards and Good Catholic digital subscriptions. Other restrictions may apply. Expires 11:59 p.m. PT on 08/08/22. Due to COVID19 there may be delays with some mail carriers. Please see shipping page for more information.

The Tradition behind Mantillas/Chapel Veils

Since the early days of Christianity, wearing chapel veils has been a common practice among faithful women. Chapel veils, also commonly called mantillas, which comes from the word manta, meaning cape, are typically circular or triangular shaped pieces of black or white lace that are draped over a woman’s head when attending Mass, or in the presence of the Blessed Sacrament. Traditionally, the black veils were worn by married or widowed women, while the white veils were worn by young girls, or unmarried women. 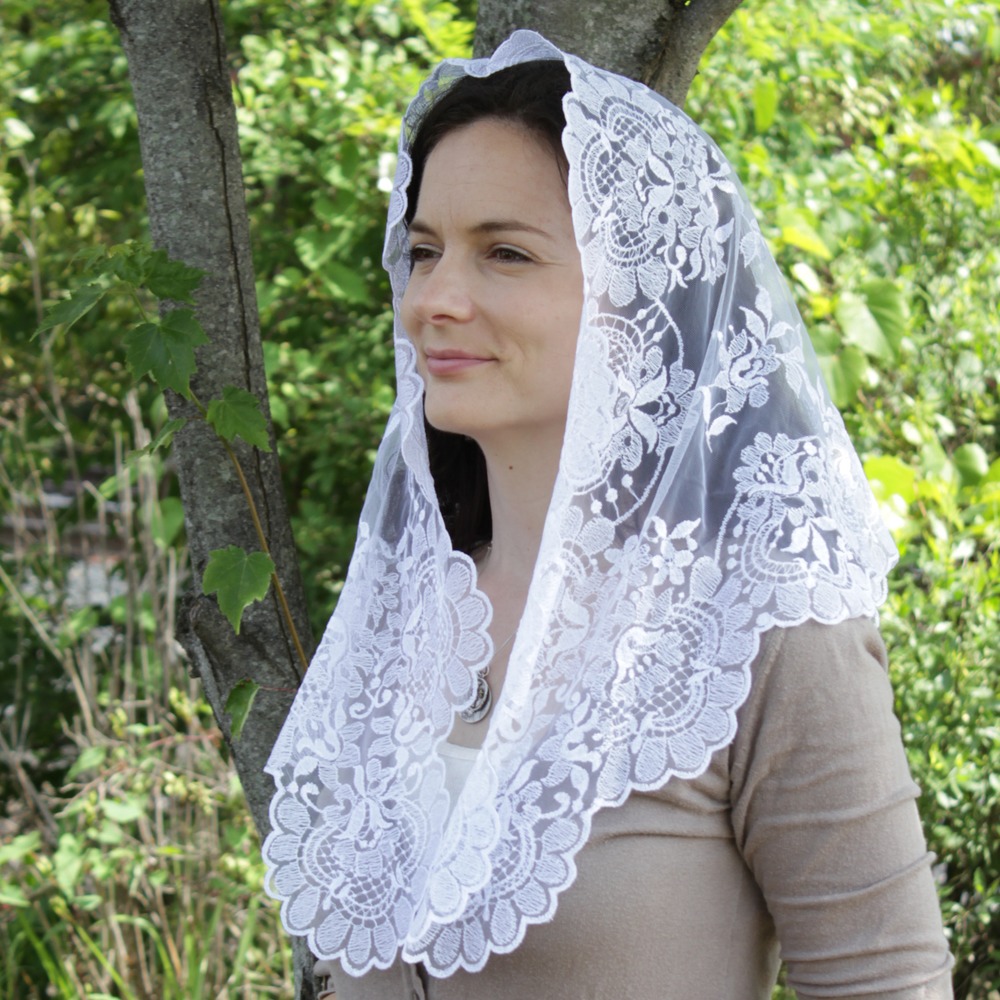 Throughout the centuries, the use of the mantilla by women has had many purposes.  The wearing of the Mantilla is an act of veiling a woman's physical beauty, so that the beauty of God may be glorified instead. It is also a way of emulating, Mary, our mother, who is the archetype of purity and humility.  Moreover, the mantilla, or chapel veil, signifies the role of women as a life-bearing vessel.  The chalice holding the blood of Christ is veiled until the Preparation of the Gifts, and the tabernacle is veiled between Masses. Both of these vessels hold the Eucharist – the very life of Christ. In a similar fashion, the woman was endowed by God with the special gift of bearing new human life. Because of this, women, as all things holy and sacred, are veiled.
Before the Second Vatican Council, the wearing of chapel veils was required for a woman when attending Mass, as a symbol of her modesty and humility before God.  Although this practice is no longer required, it is still very much supported and encouraged by the Church as a sign of reverence and piety while in the presence of God.